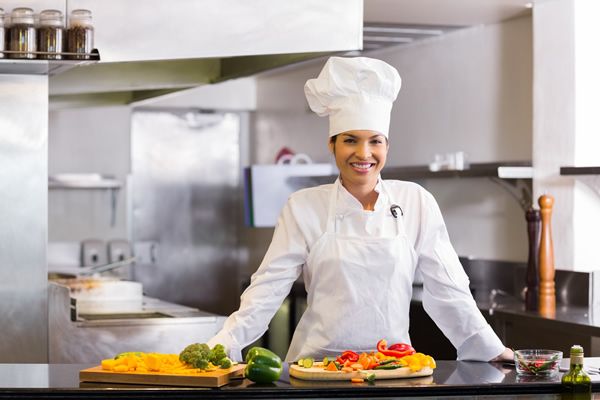 Atlanta has a late night atmosphere that is conducive to many well-known eateries.

Founded in 1837, the city of Atlanta has long been a major destination for tourists and travelers from around the world. Home to the busiest airport in the world (Hartsfield-Jackson International Airport), Atlanta has experienced record growth over the past 20 years, growing by 40% in that time.

As such, Atlanta is currently the third-largest city in the United States. From Buckhead to Midtown, the skyscrapers of Atlanta are home to a business community that supports numerous high-end eateries and bistros.

The Art Institute of Atlanta

Atlanta Technical College offers an award winning Culinary Arts programs prepares aspiring chefs and foods service professionals for the culinary profession. Why not study in a city with a reputation of impeccable southern charm, fine dining and world-class sophistication? The Culinary Arts program emphasizes a combination of culinary theory and practical application necessary for successful employment.

In addition, the city of Atlanta has a booming arts and live music scene, with venues such as The Fox Theatre, the EARL, The Masquerade, the Variety Playhouse, and the Tabernacle all book shows on a nightly basis, bringing in acts from around the country.

In the same manner, the Center for Puppetry Arts, the Georgia Museum of Contemporary Art, the Atlanta Institute for the Arts, and the High Museum of Art all feature famous galleries.

Going to School in Atlanta, GA

Serving up great examples of Southern cuisine, culinary students in Atlanta in the midst of some great dining experiences. Popular destinations in Atlanta dining include Mary Mac's Tea Room, The Varsity, Gladys Knight's Chicken and Waffles, and Pitty Pat's Porch.

In addition, restaurants such as Two Urban Licks serve as examples of the innovative takes on southern cuisine that can be found throughout the city. Home to a great late-night scene, bars such as The Standard, Estoria, Drunken Unicorn, The Local, and Smith's Olde Bar all serve food (and plenty of liquid refreshment) well into the evening.

With almost a half-million tourists visiting Atlanta each year, those interested in a hospitality career will find that the city of Atlanta has much to offer. Popular attraction in Atlanta include the Carter Center, the Martin Luther King, Jr. National Historic Site, the Margaret Mitchell House, Cyclorama, Atlantic Station, Underground Atlanta, the World of Coca-Cola, and the Georgia Aquarium (to name a few).

The Fernbank Science Center, and and Imagine It! Children's Museum are also popular stops, as is Zoo Atlanta, Stone Mountain, APEX Museum, and Rhodes Hall. Of course, many sports fans flock to Atlanta to take in a Braves game, or see the Falcons, Hawks, or Thrashers play.