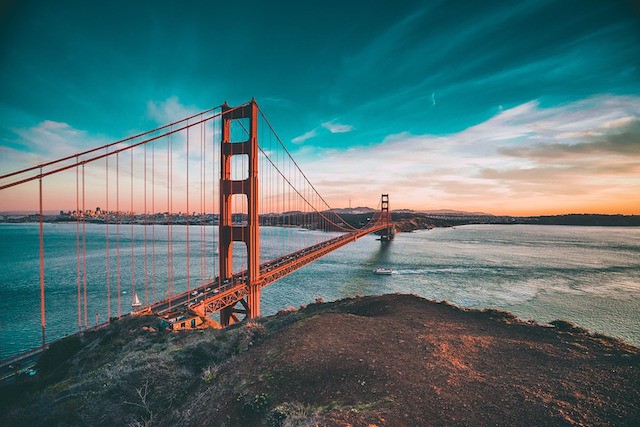 With landmarks like the Golden Gate Bridge, Alcatraz, TransAmerica Tower, Lombard Street, Haight-Ashbury, and Fisherman's Wharf, it's no surprise that San Francisco is chock-full of breathtakingly beautiful views no matter where you turn. A diverse and interesting place to live, each year the city of San Francisco draws visitors from around the world.

Attending school for the culinary arts, baking/pastry or hospitality management is a great step forward in your career. Whether you're looking to become a professional chef, or manage a restaurant, you've probably got some questions.
How much is it going to cost? Do I need a high school education? Is there any financial aid available? How do I apply? The best way to get answers to these questions is to contact the school directly by clicking on the links provided. The school's website will answer most of you questions and provide contact information to help you get started.


Is There a Top Culinary, Baking or Hospitality Management School Near You?

There are a few good schools in this city offering programs in culinary arts, baking, pastry and hospitality management. The right one for you will depend on many factors including location, programs offered, cost and scholarship availability. You'll find community colleges, both for profit and not for profit schools, big institutions and smaller establishments. The school(s) listed below are some of my top picks based on accreditation, reputations and student reviews.

The San Francisco Cooking School certificate programs are designed to maximize education value and propel you into your optimal new food career. Based in the culinary epicenter of San Francisco, your academic foundation will be supplemented with industry access. From connecting with food insiders through class field trips to in-class workshops taught by award-winning chefs, you’ll be exposed to a wide diversity of food careers that only a teaching campus like the Bay Area can provide.

Home to a number of highly-regarded culinary arts schools, San Francisco is known for being the centerpiece of the Bay Area. A bustling cosmopolitan city, San Francisco is home to a variety of cultures, and a diverse mix of political and ethnic backgrounds. Hilly and picturesque, San Francisco also has a history of powerful earthquakes. Nicknamed "The City by the Bay," San Francisco is the fourth-largest city in San Francisco.

According to the National Restaurant Association, restaurants accounted for more than 1.7 million jobs in 2016, which is about 11 percent of the state's total employment, and are expected to add nearly 172,200 more by 2026. Many of these jobs will center around California's largest population centers: Los Angeles, San Diego and, naturally, San Francisco.

The table below shows some interesting data for chefs, cooks, bakers, food service managers and restaurant cooks from the Bureau of Labor Statistics for the San Francisco-Redwood City-South San Francisco, CA Metropolitan Division:

Going to School in San Francisco

A city rich in history, the population San Francisco of San Francisco boomed during The Gold Rush of 1849. Since that time, San Francisco has become a banking and financial center on the west coast.

While the 1906 earthquake destroyed much of the downtown (and killed 3,000 people), the opening of the Golden Gate Bridge and The Bay Bridge in the 1930's greatly increased the accessibility of the city, boosting the population once again.

In addition, the city is also home to a large number of marketing professionals, computer technicians, software developers, and entrepreneurs. A hub for technology development, San Francisco is a great place to live, work, and go to school.

The San Francisco Symphony and The Herbst Theater also provide numerous performance and entertainment options for the community at large.

Perhaps the most famous venue in San Francisco is The Fillmore, which as held performances from Janis Joplin, Jefferson Airplane, and The Grateful Dead. Beach Blanket Babylon is also a popular draw, as the music revue has been a hit with crowds since the mid-1970's. Numerous theaters can be found throughout San Francisco, including the Golden Gate Theatre, Orpheum Theatre, and Curran Theatre.