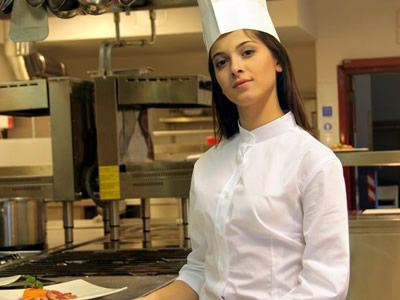 Reluctant Gourmet Offers Students a Way into the Kitchen

PHILADELPHIA, PA, USA (April 11, 2008) - With education costs on the rise in almost every field and university across the United States, students are turning to outside sources of funding for everything from tuition to cost-of-living expenses. One of the most difficult places in which to find education funding continues to be the culinary field, where investors are few and students are many.

ReluctantGourmet.com, an online resource dedicated to providing information on culinary schools as well as the hospitality and restaurant trade, recently launched a program to take on financial responsibility for future student success in the culinary world.

This opportunity arose through a partnership with Chefs4Students.org, a nonprofit organization responsible for putting students in contact with the funds they need to attend the culinary schools of their choice. Chefs4Students.org has awarded nearly $75,000 in the form of individual $1,000 grants since its inception in 2003.

The Reluctant Gourmetâ„¢ became part of the program this year in an effort to strengthen its ties with the culinary educational system. "Encouraging students to attend culinary school is one thing," says G. Stephen Jones, the home chef entrepreneur behind the Reluctant Gourmet name. "Helping them to actually do it is another."

The scholarship from Reluctant Gourmet was one of seven awarded this so far this year. The recipient, Ja'Lisa McKeown, is a student of the International Culinary School of Arts in Michigan. In a trade known for its lack of financial supporters as far as grants and educational opportunities go, this funding is highly sought after and a welcome relief to the increasing costly burden of paying for school.

The Reluctant Gourmet's $1,000 contribution is only the beginning of a long-term grant program. According to Jones, "Contributing to the culinary dream of students is part of the Reluctant Gourmet vision. We want everyone to have access to great cooking skills, and if this means developing funding to get people to that point, we're happy to do it."

Although Reluctant Gourmet is a comprehensive resource providing cooking tips, how-to articles, interviews with chefs, and a collection of recipes, it is the site's lack of discrimination between amateur and professional cooking that makes it unique. Whether visitors are seeking an introduction to being a cook or perusing their professional culinary career options, one underlying theme remains: learning how to cook good, gourmet food is for everyone.

ReluctantGourmet.com is consistently ranked by independent Internet traffic monitor Alexa among the top 40,000 most visited web sites. The Reluctant Gourmet has been featured in numerous lifestyle and food publications including the New York Daily News, NetFood Digest, FastCompany and St. Petersburg Times Online.