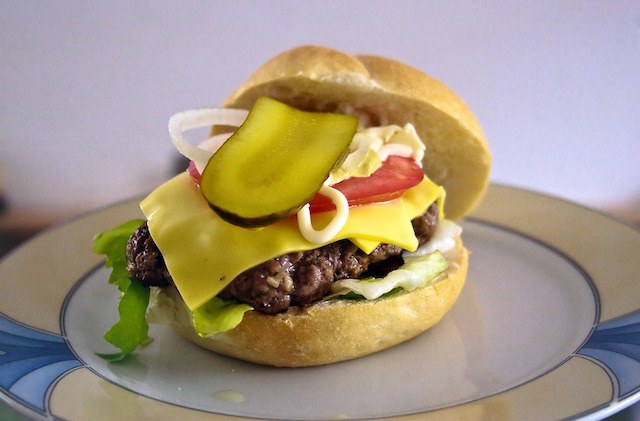 Looking at today's culinary news and what's been going on for the past few days, here are some of the stories I think you will find interesting and checking out further.

Sticky char siu-style pork is the star of this party-ready finger food. Slow-cooked on a stovetop instead of roasted in the oven, the pork is sweet and succulent, offering the perfect yin to the yang of the light and flaky pastry that encases it.

The original recipe called for homemade Chinese puff pastry, but honestly, that seemed like too much work. So I substituted the ready-made variety you find in your grocer’s freezer section. The puffs are best right out of the oven, when the pastry is warm, but I ate them for breakfast, too, right out of the fridge, and wasn’t disappointed.

From SFGATE by Michael Bauer on June 27, 2006 -  Ju-ni: Food designed for the Instagram generation:

Could  Ju-ni be the first restaurant consciously designed for the iPhone and Instagram? When chef owner Geoffrey Lee set the long, sleek wood handled spoon in front of us, one of the courses on the 12-item sushi menu ($90),  he said he designed the presentation specifically for the camera.

When you look around the light-filled room it further solidifies the idea that this restaurant, the subject of my review yesterday in The Chronicle, is designed to cater to a younger generation of diners. Unlike most sushi restaurants that have a soft cocoon-like feel, Ju-ni is open and bright, as if to create the best environment to snap photos of his alluring parade of intricately conceived sushi: salmon roe topped with frozen shaved monkfish liver; unagi warmed by a blow torch with delicate gold-leaf flakes dancing on top; and amberjack with the heady aroma of just shaved lime grated over the top.

Read More About This Story

This is definitely Sunday Brunch Deep Fried French Toast, and here’s why: it fries up puffy and crisp on the outside and soft and pillowy on the inside. Plus, look at it! So impressive! Let me show you how to make it.

And that sauce? I made it two ways. You can enjoy it with whole blueberries and bits of peach, or you can puree it and strain it for more of a “syrup” experience. If you’re feeling frisky, mix the puree with some real maple syrup and have the best of both worlds. However you decide to enjoy your deep fried French toast, I know you are going to love it.

Or, lycanthropy aside, perhaps you eschew the bloody victuals altogether, opting instead for what our vegan friends at Mercy For Animals (Look them up!) refer to as a plant-based diet. If any of these holds close enough to true, I suggest hieing down to your local farmers market, picking up an armload of beautiful, fresh vegetables, and then firing up the grill.

I Know You Want To Read The Rest of This Story

“If I wasn’t in the kitchen, I’d probably be a mechanic,” says Duff Goldman. The owner of Charm City Cakes and longtime Food Network star is known for his imaginative and at times gravity-defying cake creations. “I love messing with things and figuring them out.”

Goldman is busy in his home kitchen, baking. His apartment is like a bachelor’s dream pad — a little light on furniture, decorated with guitars on stands, a motorcycle helmet or two in the corner, and custom skateboard decks hanging on the wall. The small kitchen is outfitted with metro shelves full of baking and cooking equipment, and he’s just installed a massive aquarium.

For the Rest of this Article

Restaurant Business by Peter Romeo on June 27, 2016 - Chipotle Bets on a Different Sort of Loyalty Program:

Chipotle is hoping to win back customers with a limited-time loyalty program that rewards guests starting July 1 for the frequency of their visits.

Patrons must visit at least four times per month during the Chiptopia Summer Rewards promo and spend at least $6 each time to qualify for the lowest-level prize, a free entree. If they stop into a store another four times in a month, they earn a second free entree and move up in membership rank, from Mild to Medium.

During one of those additional four visits, the Chiptopia member can claim their free burrito and have that count as one of their purchases. Essentially, Chipotle will be giving away two burritos or bowls for purchases of at least $42.

For All the Details