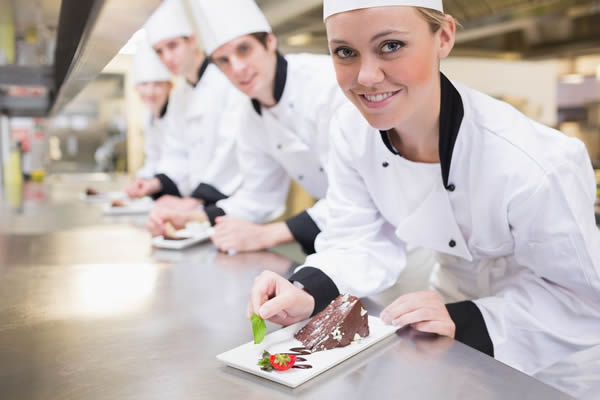 What's Really Going On In the Food World Today - This Week - This Month?

If you are into politics and enjoy keeping up with all the latest comings and goings in the upcoming election, I'm sure you've heard of the Politico Playbook and learned that Mike Allen is handing over the reins to Anna Palmer,  Daniel Lippman, and Jake Sherman. If you don't know about the Playbook, it is described as a daily "must-read briefing on what's driving the day in Washington" DC.

I thought it would be fun to start my own Reluctant Gourmet Playbook by searching the online news outlets for current stories that I find interesting enough to share with my readers. I don't know how much time you have to search out the latest culinary news but there's a lot of it out there. I like to read about seasonal ingredients, new cooking techniques, the latest - greatest cooking gadget, celebrity chefs, but there are so many great newspapers and blogs to read through.

The format is simple. I find some articles on current culinary tops that I think you will enjoy, post a few lines about the article so you know what it's about and then provide a link to the source so you can read more if interested. I don't know how often I'll get to update but I'll try to stay somewhat current.

So here we go, here's your news for the past few days:

The Toledo Blade - Dessert at its berry best - Strawberries fill any dish with summer : "James Beard, the noted food writer and culinary educator, once said: “There can be no dessert better, only fancier.” He was talking about strawberry shortcake, one of the simplest, purest pleasures in life.  And, of course, he was right. The rich creaminess, the coarse crumbliness, and the sultry sweetness all combine into a glorious celebration of early summer."   http://bit.ly/28T3UWE

Patrick Whittle from the Associated Press - Summer price drop for live lobsters may come early this year: - "PORTLAND, Maine (AP) — Live lobster prices are high in New England and beyond as fishermen eagerly await the summer arrival of the region's beloved crustaceans, which could come slightly early and send prices down. Lobstermen in Maine and Massachusetts, who supply the U.S. with most of its domestic lobsters, are coming off several years of high catches for lobsters, a signature food item for the region.

Prices for lobsters also have been somewhat high for most of the last two years, with the consumer price currently in the range of $8 to $12 per pound at most retail outlets in Maine, the country's biggest lobster producer. That's a couple dollars more than a year ago." http://bit.ly/28Ln3bf

Dan Berger For the Press Democrat - What to know about restaurant wine lists :  "For most people, ordering wine in a restaurant is a tricky game, rife with pitfalls that are not always accidental. Chicanery is not as common as some cynics believe, but a lot of what is listed on restaurant wine lists can be the result of a “creative” wine director who expects that most patrons will not know much about wine. The easiest to spot is the high-image brand masquerading as an expensive wine but with none of the quality one might otherwise expect. Just because a wine carries a recognizable name is no proof that the wine relates to that same winery’s highest end product. It may well be a lower-priced “second label.” http://bit.ly/1VhA9RY

Grant Butler from The Oregonian/OregonLive - 10 fat-slashing strategies let you indulge your cravings without giving up flavor: It's no secret that many Americans struggle with their weight. According to a recent study, 35 percent of men and 40 percent of women are now considered obese, and that's causing a spike in numerous diet-related health problems, like diabetes and heart disease.  Losing weight is the easy answer. But anyone who has tried dieting knows that it's anything but easy. Many so-called diet foods are loaded with sugar and salt, while other low-calorie dishes are downright blah. http://bit.ly/28KGFg