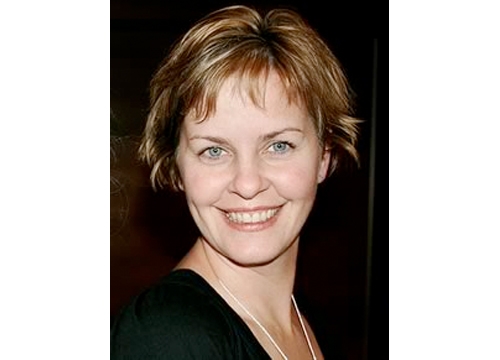 I want to introduce you to a new culinary friend of mine, Ann Marie Michaels.  Ann Marie is a cookbook author, cooking instructor, advertising guru and now online cooking instructor. She is also involved with teaching families how to eat healthier meals by eating at home with more nutritious ingredients. I was thrilled to find out she is a fan of grass-fed meat, an area I've been researching since interviewing Mark Schatzker and Carrie Oliver.

I found Ann Marie while browsing around the Internet looking for a ceviche recipe and found her very creative video on how to prepare ceviche at home. (You can see the video at the end of this post). I liked her easy going approach as well as her presentation. For homemade online cooking videos, I found her's to be very professional looking with great production value and easy to watch. (I'm sure you have all seen some homemade videos that are tough to sit through.)

I've been teaching cooking classes since I was seven years old.  I was one of those "latch-key" kids who wore a string around my neck with a key on it.  The bus would drop me off after school, and I'd saunter into the kitchen to produce another cooking show.

This was in the seventies, decades before the Food Network was born. I'd seen my share of Julia Child, and I knew this was my calling.  My concept: teaching other latch-key kids how to cook after school.  Remember, microwavable meals didn't exist yet.  I showed them how to make tasty snacks like cinnamon toast and popcorn that they could eat while watching Brady Bunch reruns.

I got to cook on TV for real when my first cookbook was published in 2004. I did a lot of TV interviews, from Good Morning, Texas to Good Day Arizona. I schlepped pots and pans and knives in my suitcase from coast to coast.

In 2007, I had a baby, and schlepping all over the country just isn't what I want to do anymore. Thanks to modern technology, I found a way to do this from my own kitchen -- just like when I was a kid. 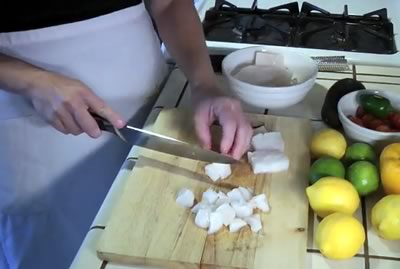 Most of us don't make the time to cook homemade meals for our families very often, which is a shame.  Is there anything more important that nourishing our families in an effort to prevent disease? We're spending 30% less on food today than we did in the sixties, and we spend 30% more on health care. Personally, I'd rather pay now than later.

If you read Michael Pollan's book "The Omnivore's Dilemma," or saw the movie, "Food Inc." you know that factory farm food is not only unsafe, but also vastly less nutritious than farm-fresh foods. It's not sustainable, as it is trucked for thousands of miles to your table.  And of course, there's the issue of taste.

Cooking grass-fed meat requires completely different techniques than cooking meat from cows raised on corn. The cooking methods used for conventional meat will destroy a grass-fed steak. And if you've given up on the barbecue grill due to fear of getting cancer, I'll teach you why grilling meat is completely safe -- when done the right way.

An advocate of nose-to-tail cooking, I'll cover a variety of cuts, from briskets to short ribs to organ meats like liver and even bone marrow. I'll also be teaching how to make homemade beef, chicken and fish stock, and how to use the stock in homemade reduction sauces and soups.

We all know we should be eating more seafood to reduce our chance of heart disease. Yet most of us have no idea where to find safe, sustainable seafood -- and no clue how to prepare it.  I'll walk you through everything from how to shuck oysters to fancy-sounding but extremely easy Sole en Papillote.  Click here to see the complete class schedule.

Sneak Peak: How to Make Ceviche

Ceviche, a dish of seafood marinated in citrus (lemon or lime), is a traditional dish that dates back thousands of years.  While many people believe that ceviche originated in Peru, the fact that every former Spanish colony has its own version of ceviche makes many think that the dish was perhaps introduced by the Spanish.  It is also a traditional dish in polynesia ith variations in Tahiti and Fiji.  Today, it is popular all over the world, from Spain and Peru to Mexico, Panama, the Philippines, the Bahamas and south Florida, and Hawaii.