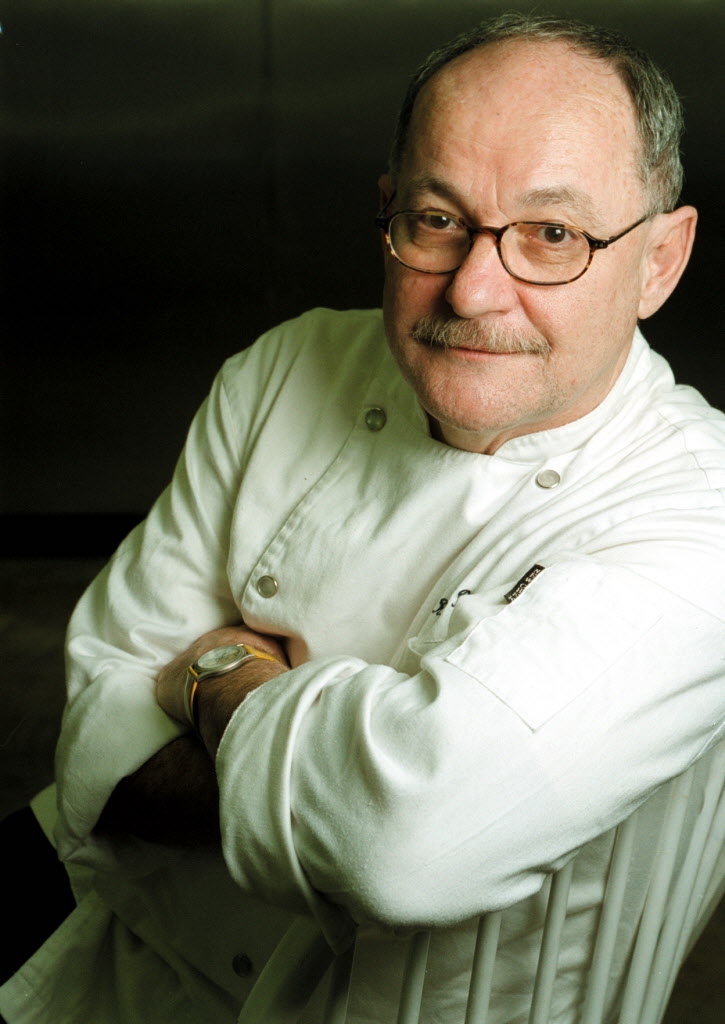 "The act of cooking ends in creativity but begins in the hands." - Robert Reynolds

Trained by Madeleine Kamman in Annecy, France, and mentored by Josephine Araldo, a Chef de Cuisine certified from the Cordon Bleu in Paris, Chef Reynolds teaches his students how to cook, taste ingredients, and become confident in their skills.

I was thrilled when Chef Reynolds contacted me about his Portland-based culinary school, Chefs Studio. It allowed me to ask Chef to participate in my Novice to Pro Interview, which he did, and you can read below.

There is so much more to Chef Reynolds' biography and all his accomplishments. There have been many articles about him that detail his life and cooking philosophy; some I will try to post, but others, like the one written by Hsiao-Ching Chou from the Seattle Post-Intelligencer called Chef Robert Reynolds has an appetite for teaching worth the read.

Chef Reynolds' 8-week course at the Chefs Studio is a comprehensive course designed to prepare students with professional ambitions. "Practice and repetition, paired with independent thinking, lead students to discover their signatures as cooks.

I am very much looking forward to getting to know Chef Reynolds and hope to be able to bring you more of his cooking ideas and expertise in the future. You can learn more about him in my Novice to Pro Interview.

Check out Chef Reynolds' Three Salads on my blog, plus his Strawberry Shortcake Recipe & Video.

I was a Carnegie Fellow in early education until Regan drove a steak through the heart of the educational sty stem in California. I was trained to have high expectations but had no outlet. I told myself, "Having nothing is like having everything. You can do whatever you want."

When I looked at my life, cooking was at the top of the list, so I made a lateral move and got involved, first with Josephine Araldo, San Francisco's most famous Cordon Bleu, and later, Madeleine Kamman, an incredible cooking teacher.

When I was eight or so, my mother went to the hospital for minor surgery. I used to come home from school for lunch every day. since she was not there, my father had to do it. I'd never seen him at the stove and had no frame of reference for that. So he made me a BLT. I can still taste it.

Did you go to culinary school, and if so, where?

I trained in France with Madeleine Kamman.

How were you trained, and what was that like?

Once I met Josephine Araldo, who was 79 then, I never left. She became a teacher, mentor, and friend. I was the last of her students, so I helped her write her book, From A Breton Garden.

She taught me for over 12 years until her death in 1990. However, there are still things I learn from her books.

She taught me about being self-possessed and never to say or think 'whatever ' because nothing great was ever accomplished by saying that.

She taught me to respect ingredients because they result from someone else's effort, and you have to respect others the way you want them to respect you.

She taught me that I had as much right to interpret the subject as anyone else and not to stand back.

What was your first job as a professional cook, and what was that like?

I don't know where it began. I did little things here and there to inch forward. I didn't realize where they were taking me. I baked desserts in a now-famous restaurant that, at the time, was local. I taught classes out of my home. I catered for individuals. They were only consequential in retrospect. But, at the time, they were what I needed to be doing to sustain myself.

What would you say to a kitchen novices to help them overcome their fear of cooking?

Be guided by the love of the engagement rather than the fear of making a mistake. When things are perfect, in a way, nothing has been learned.

What is your favorite style of cooking? What about that style most appeals to you? 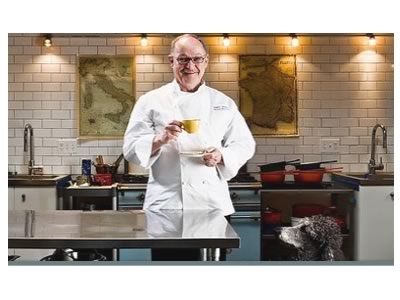 In your opinion, what are the essential elements when creating a recipe from scratch?

I have a box full of gadgets. Each seems to do one thing. My best friend is a paring knife; it does everything.

What is your favorite spice to cook with, and why?

Salt and Pepper - Salt because it opens flavors. Pepper for the perfume and fire it lends to finished dishes.

What is the most underrated ingredient, in your opinion?

The onion! It's easy to overlook, but it's essential. It can stand on its own as an onion tart or onion soup, or it goes into the base of many dishes.

Once I was invited to my sister's house for dinner. While she was upstairs getting ready, the dog ate the food she'd left on the counter. When I got there, nothing had been prepared, and she knew I was perplexed but didn't want to say anything. Finally, after feeding me things like bread with salt, and she knew I needed an explanation, she told me what the dog ate. I looked at her and said, "Well then, let's eat the dog!" (We're both dog lovers)

What is your signature dish or your favorite recipe? (please share it with us if you don't mind)

Not precisely a signature, but evocative of the spirit of what I like to do. The recipes are 'kid' food in France. If you grew up in France, you'd eat them a thousand times, prepared by your mother.

They are written by me and published in a book entitled 'An Excuse to Be Together.'

« Chef Jeff Huff
What It Takes To Be A Pastry Chef »