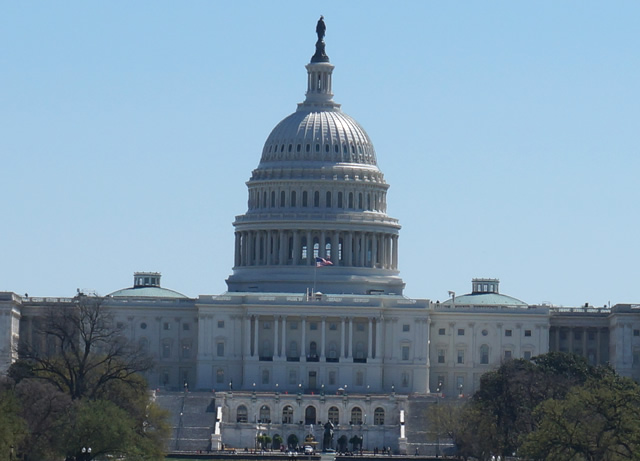 Our Dining Experience In The Nation's Capital

Over Spring Break we visited Washington DC for a few days going to the great museums, monuments and even were able to tour the White House which was a blast. Because Maddie was in her wheelchair and could not climb up the stairs, we had to go through the kitchen to take a service elevator up to the second floor. I'm sure you can imagine how excited I was to get a peak at the White House kitchen and say hello to some of the cooks. Very Cool!

Our first night in DC we decided to stay close to where we were staying and enjoyed dinner at Cure Bar & Bistro located in the Penn Quarter area of downtown Washington, DC. Chef Jeffrey Kelly has "a strong passion for sourcing and utilizing organic, sustainable and seasonal products." 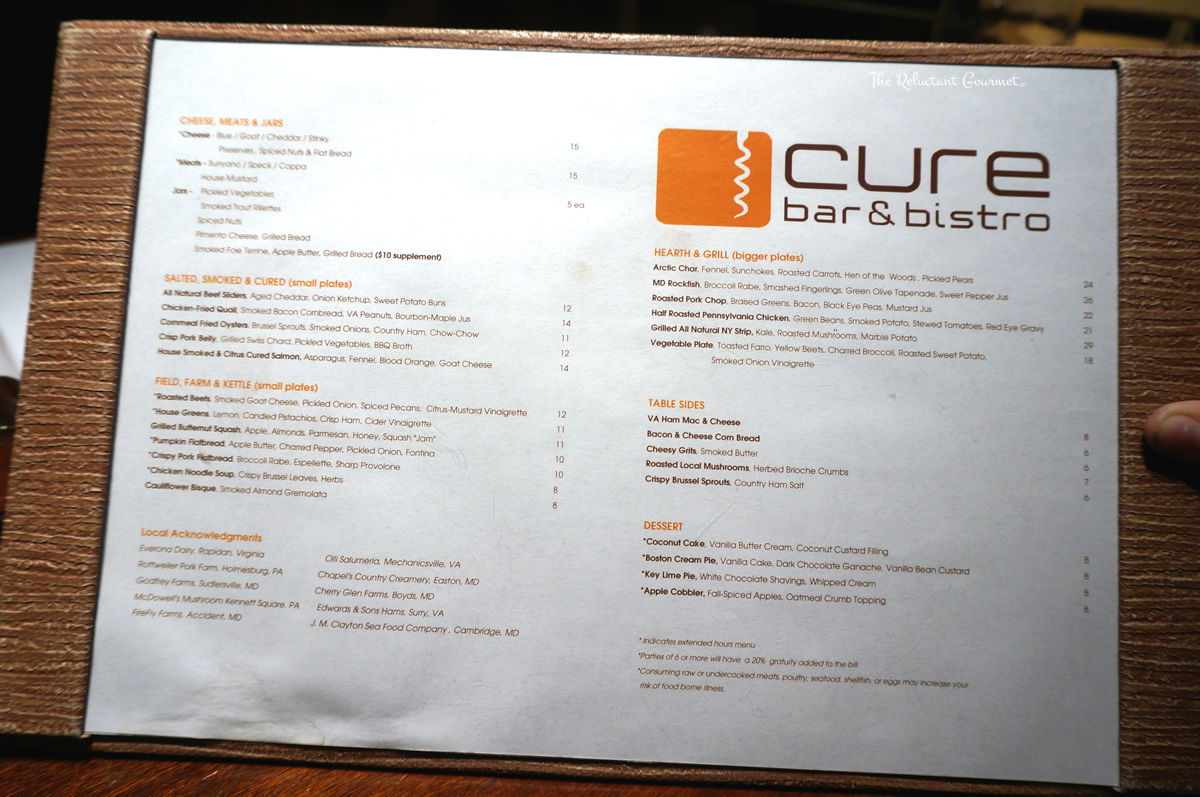 The Menu at Cure Bar & Bistro 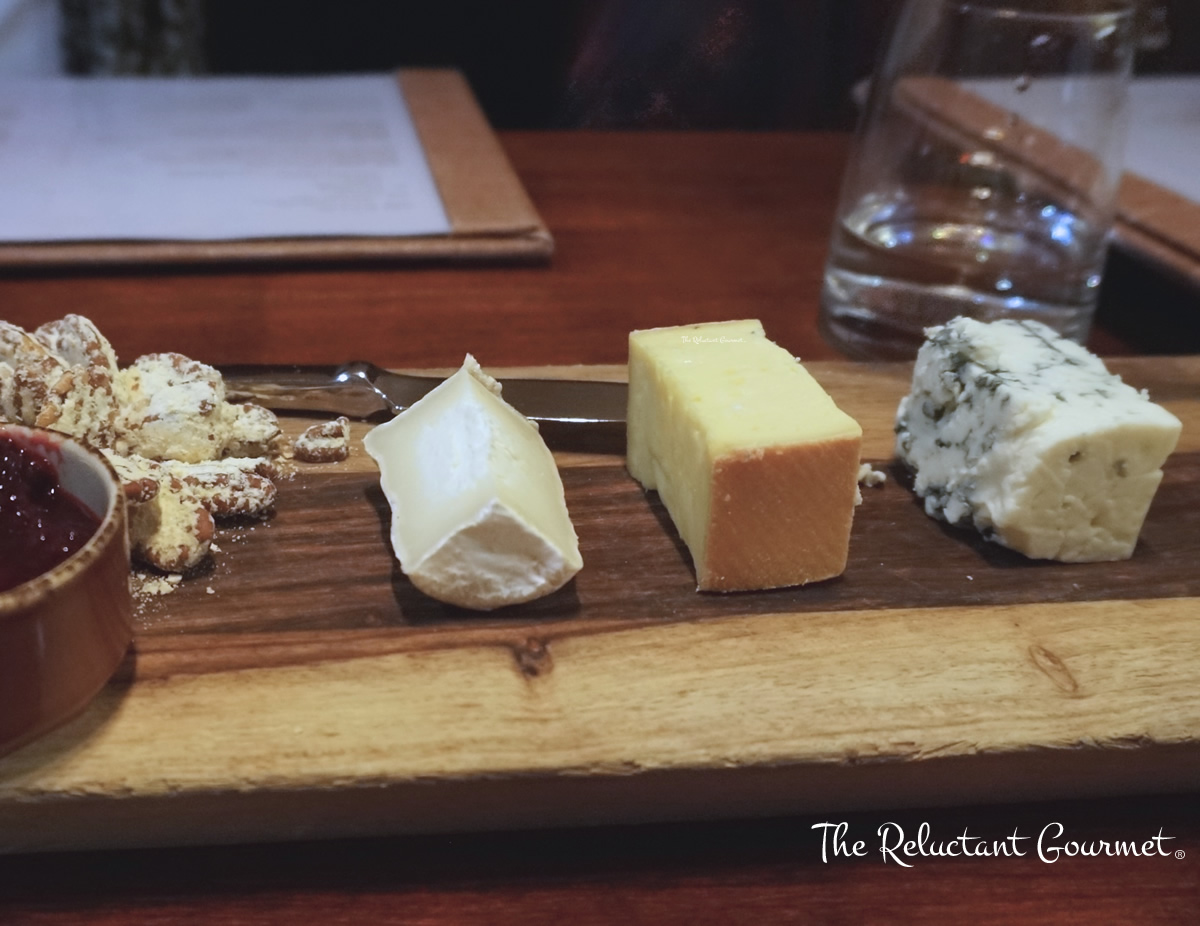 We started out with a cheese plate featuring four cheeses including a goat, blue, cheddar and "stinky" that I think was an Epoisse. My kids must have been starving from all the sight seeing because they gobbled down all the cheeses along with the spicy nuts, preserves and flat bread. 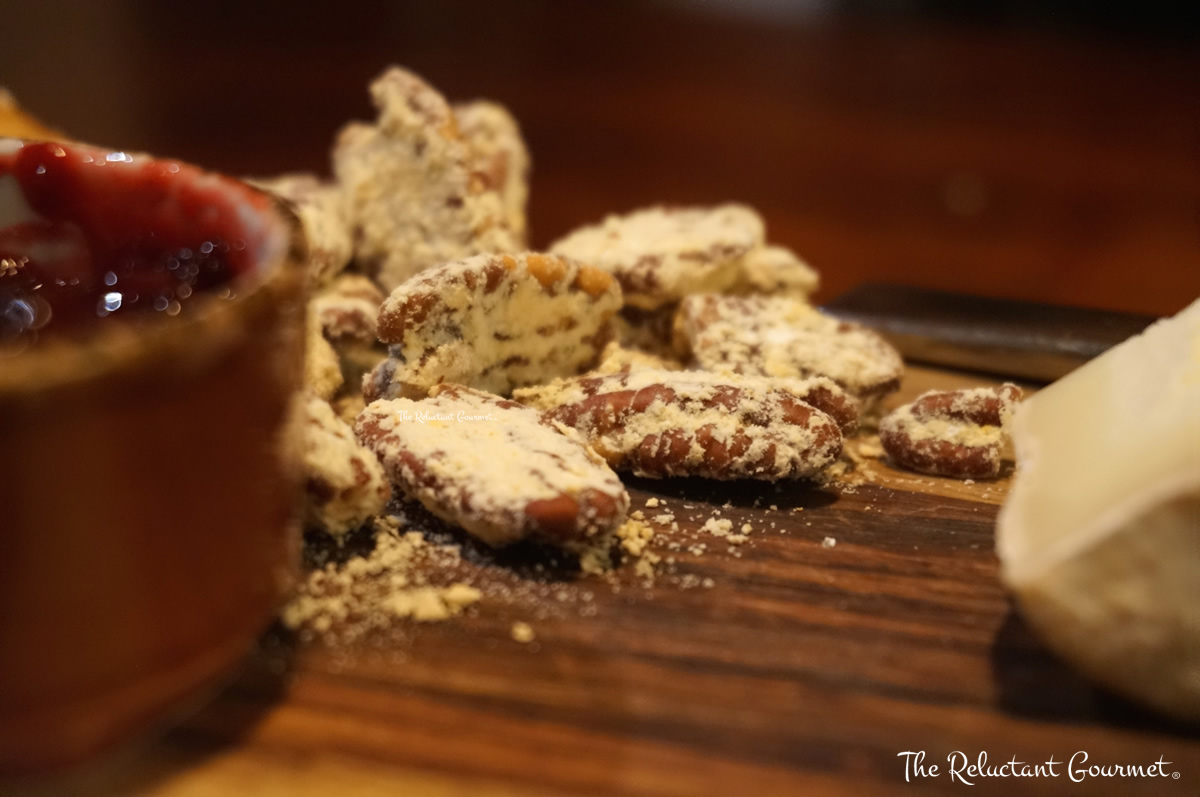 A close up of some delicious spicy nuts that I would love to have the recipe for. Very tasty! 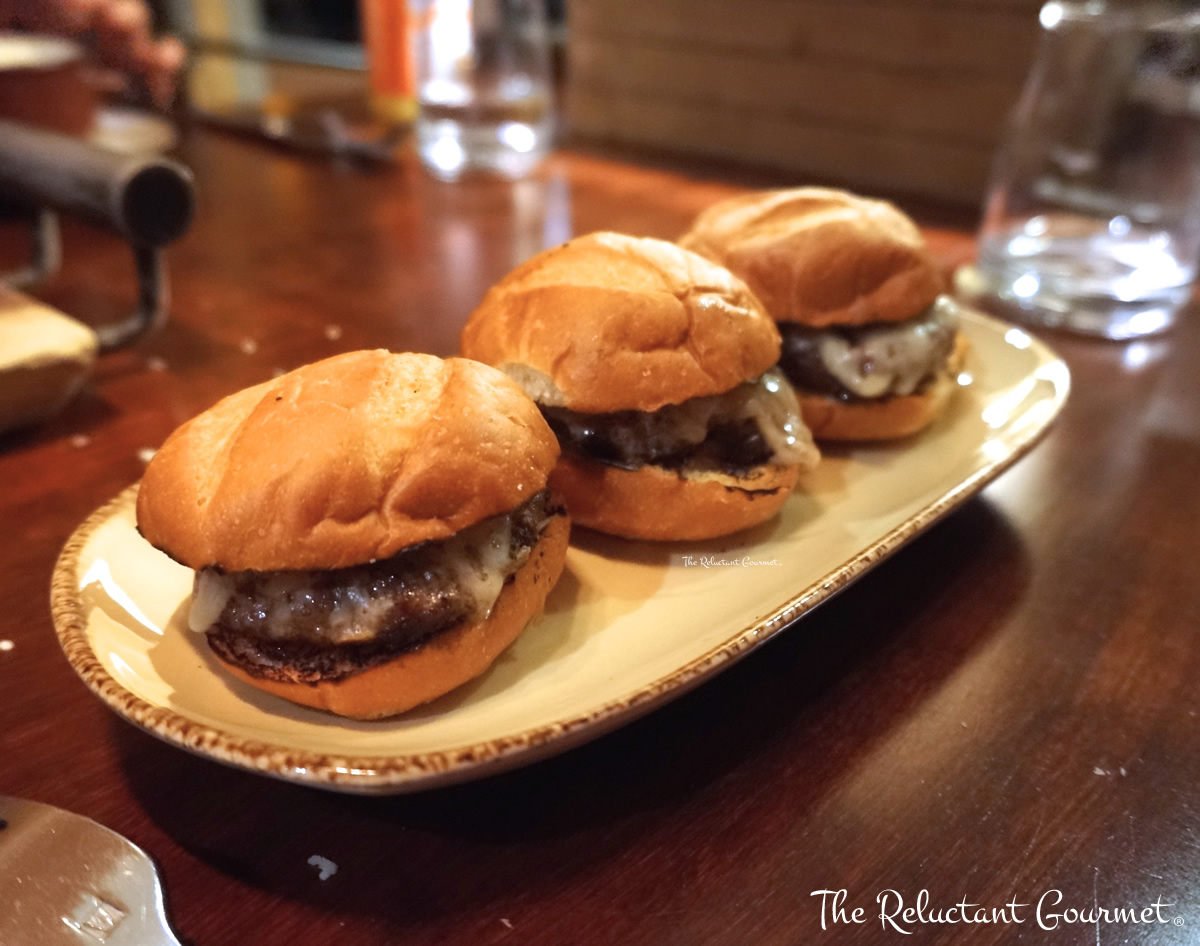 My daughter ordered the All Natural Beef Sliders with aged cheddar, onion ketchup, sweet potato buns. I thought she would eat two and offer me the third but no way. She devoured all three. 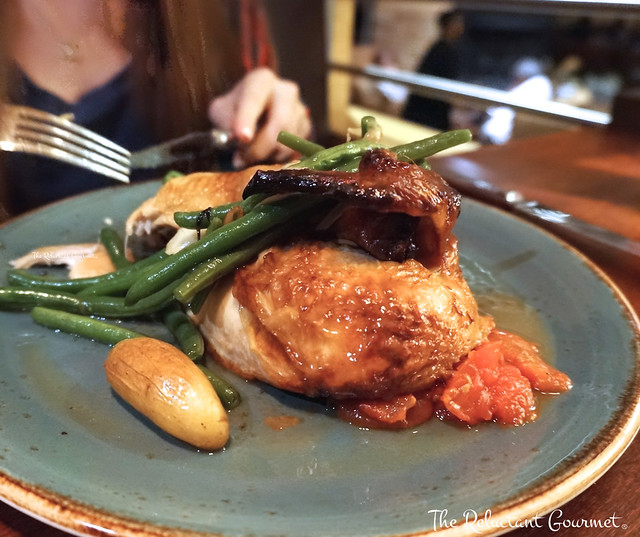 My oldest daughter gave up red meat for lent so she has been eating a lot of fish and chicken and this chicken dish did not let her down. 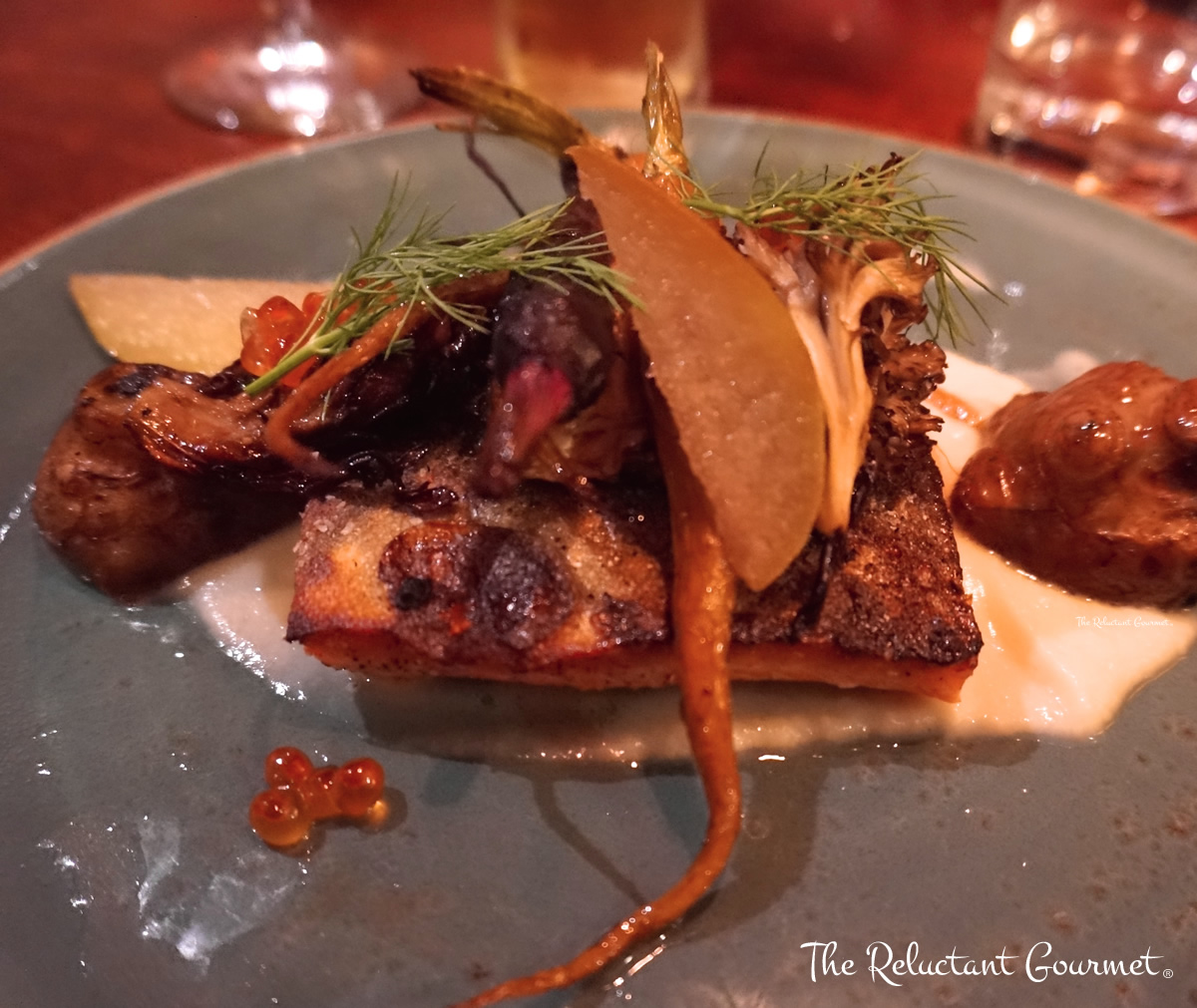 I ordered the Artic Char served with fennel, sunchokes, roasted carrots, hen of the woods mushrooms and pickled pears. Artic Char is a cold water fish that is related to both salmon and lake trout and has characteristics of both.

Not only was the food at this Washington popular dining destinations incredible, our server made the experience even better. Turns out our waiter was from a few towns from where we lived which made the conversation more interesting but he had tons of food knowledge and only offered his opinion when asked. (See my post on Restaurant Pet Peeves) 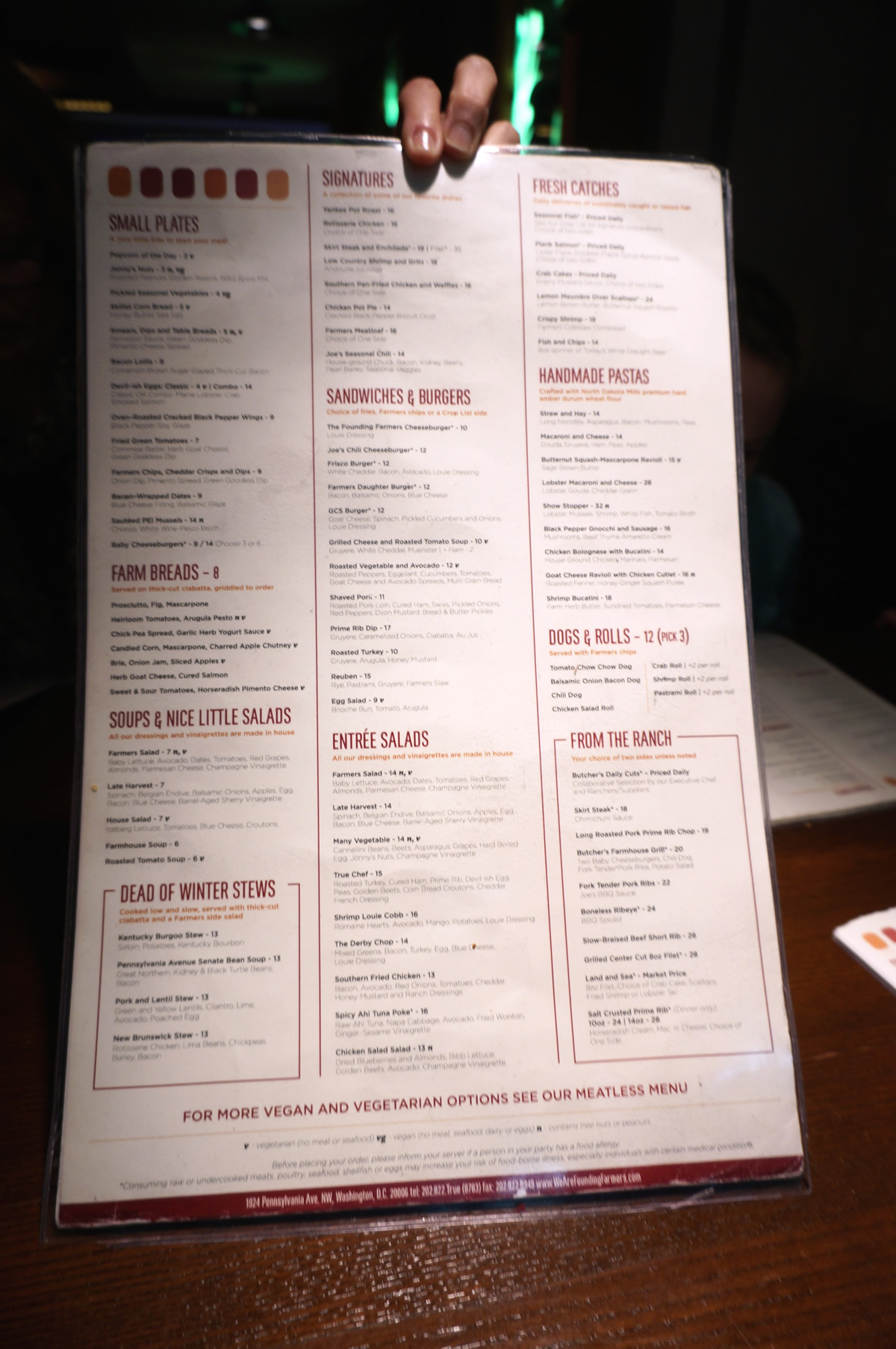 The menu at Founding Farmers includes classic american meals like crispy spatchcock chicken, fork-tender pork ribs with Joe’s BBQ sauce and my choice Yankee Pot Roast. Look at those Dead of Winter Stews and Farm Breads. The menu doesn't show cast iron fried chicken where there are three choices including my youngest daughter's order of fried chicken and waffles with mac and cheese. 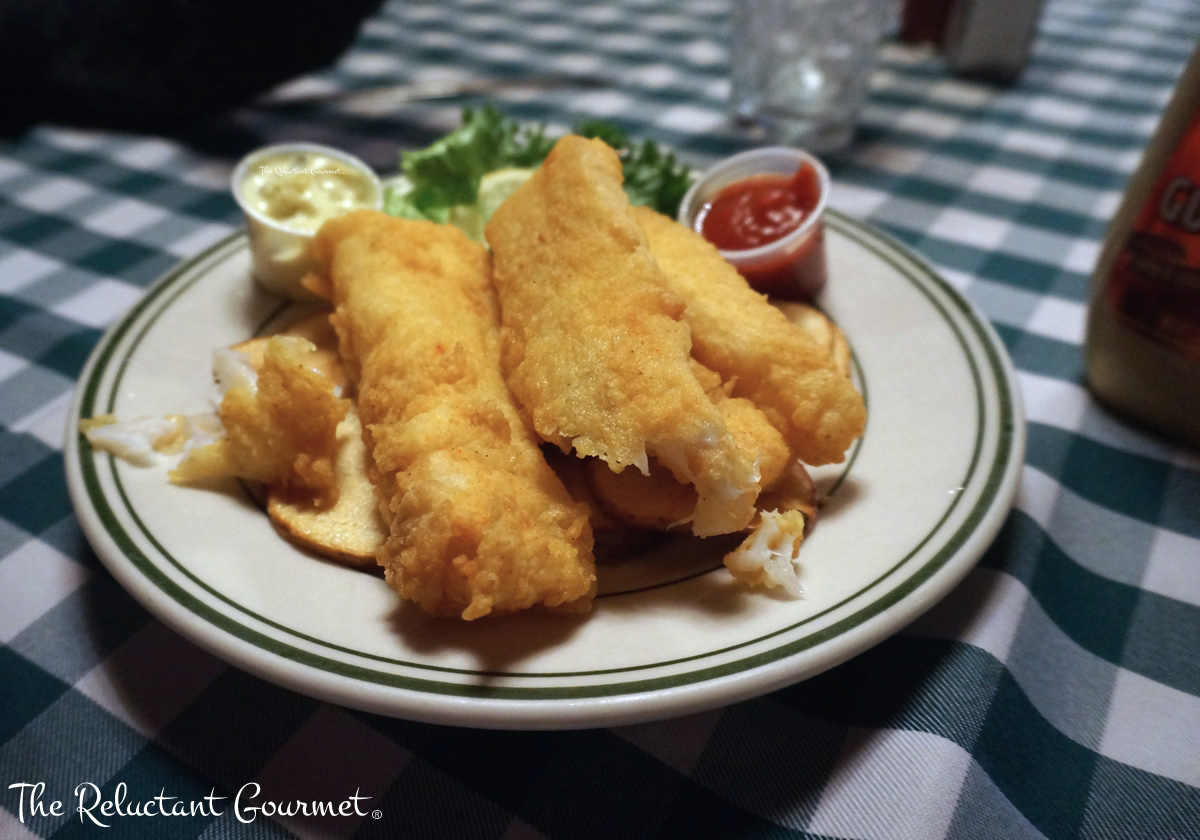 Here's my daughter's fried chicken with waffles and a side of mac and cheese. It's like having breakfast and dinner at the same time. 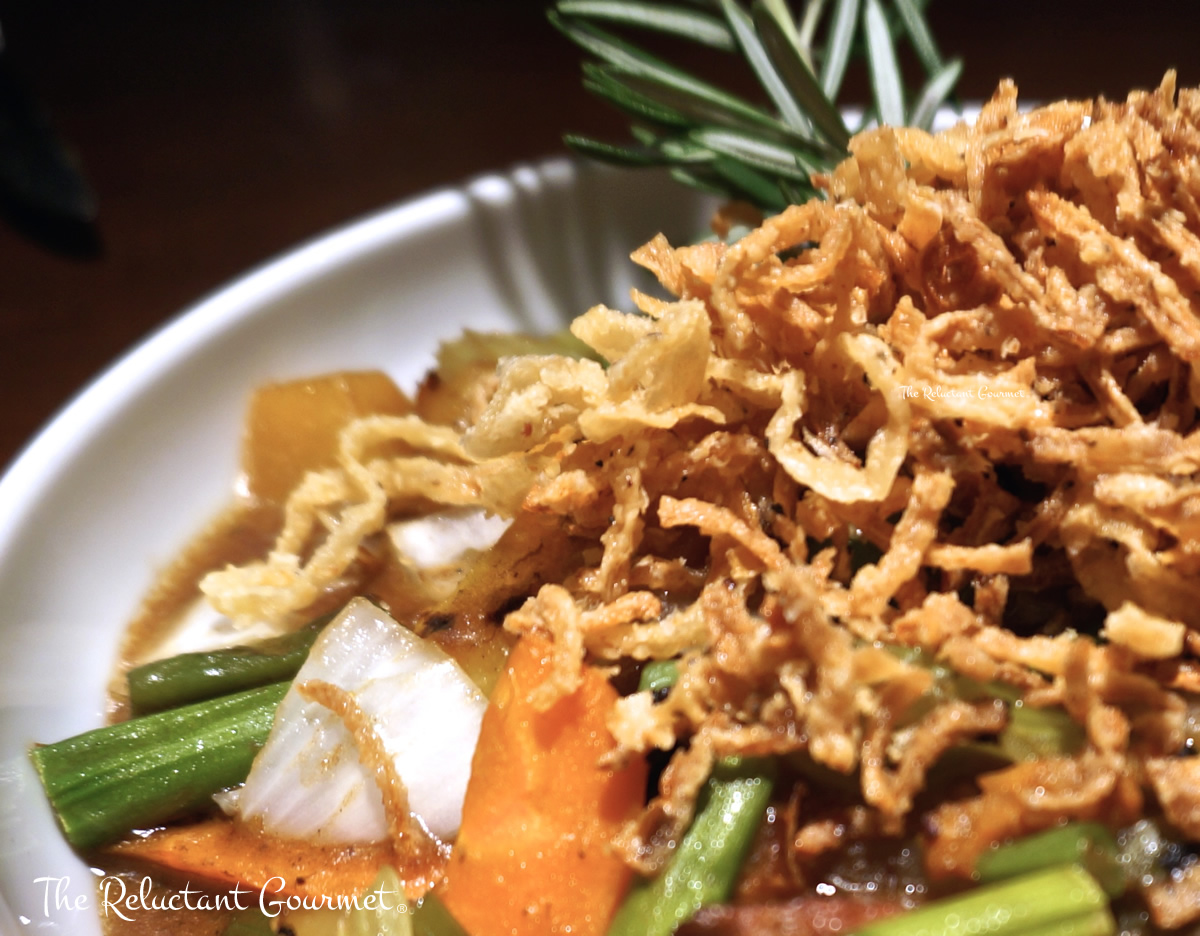 You can't see the Yankee Pot Roast under the pile of fried onions but it's there and was very tasty. The vegetables were not overcooked and the broth was incredible. 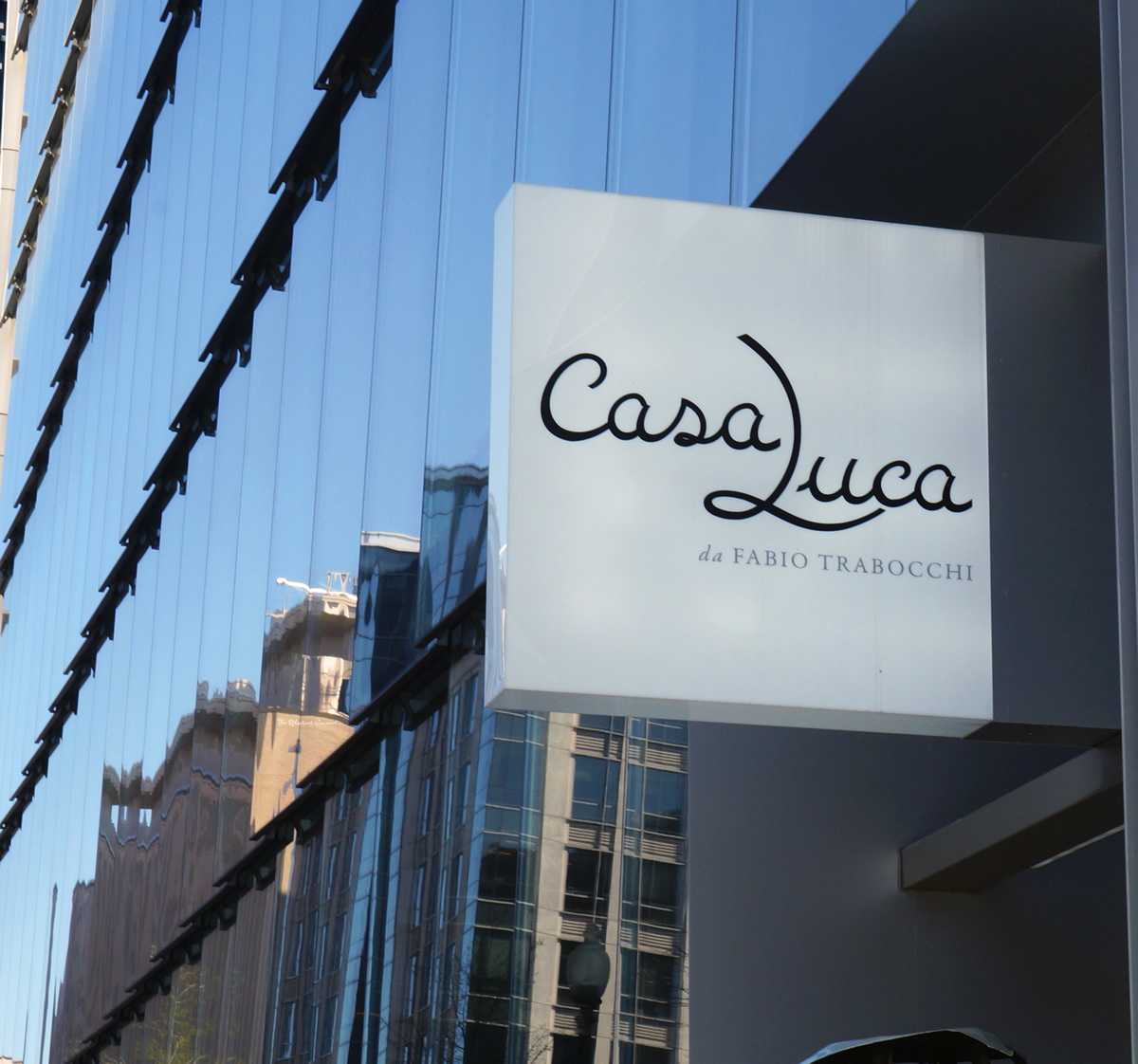 Our last night in Washington and we wanted to stay near the hotel for dinner. Our legs were tired from all the walking we did on the Mall so I found this wonderful Italian recipe right around the corner from where we were staying.

Cafe Luca is an osteria "grounded in the rustic spirit and traditional recipes of the Le Marche region of Italy."  Le Marche is central Italy on the Adriatic coast. Chef/Owner Fabio Trabocchi inherited his love for cooking from his farther Giuseppe and learned from him the mezzzadria system, think Farm to Table. 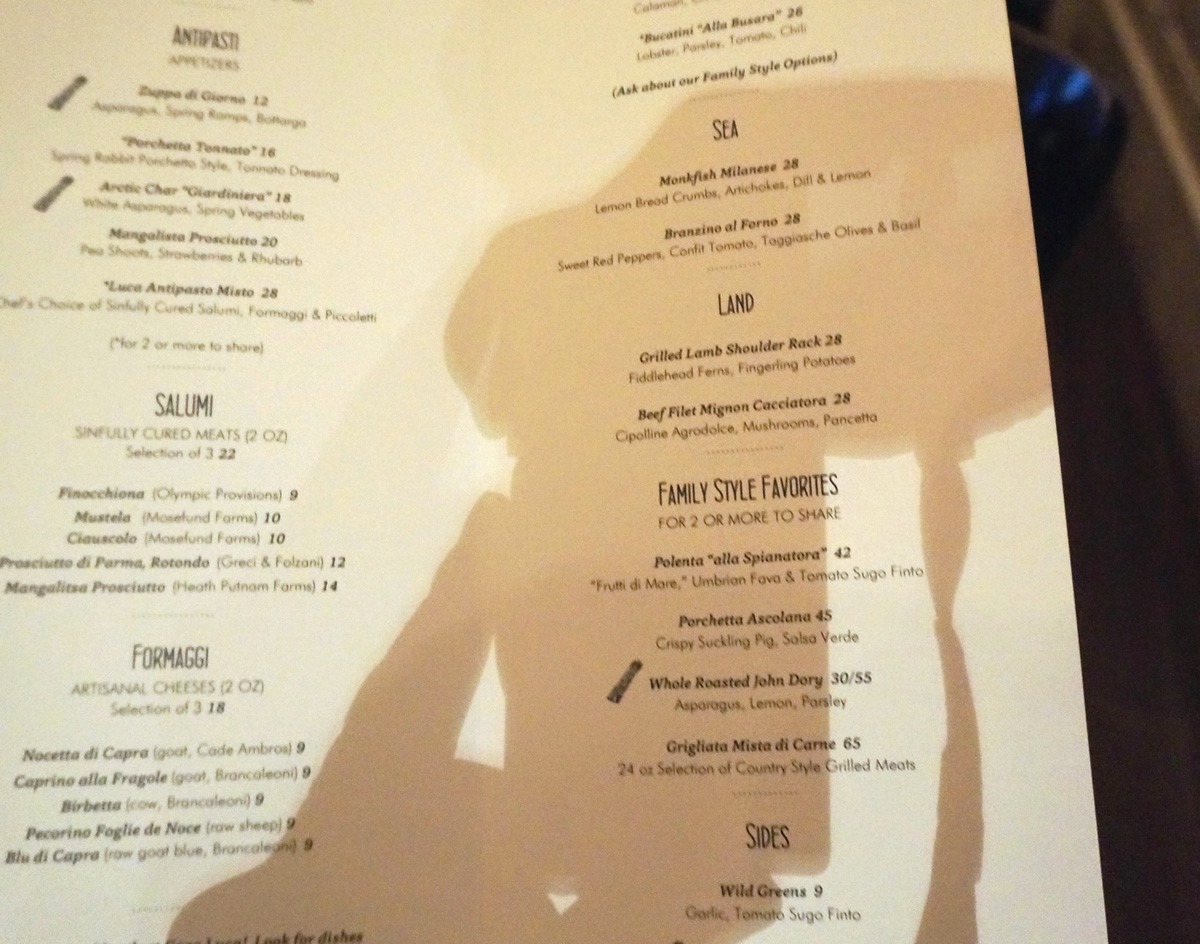 The menu is classic Italian with Antipasti (appetizers), Salumi (cured meats), Formaggi (cheeses), Pasta Fatta in Cassa (house pasta), Seafood, Meats and a few Family Style Favorites. You can see my silhouette on the menu. 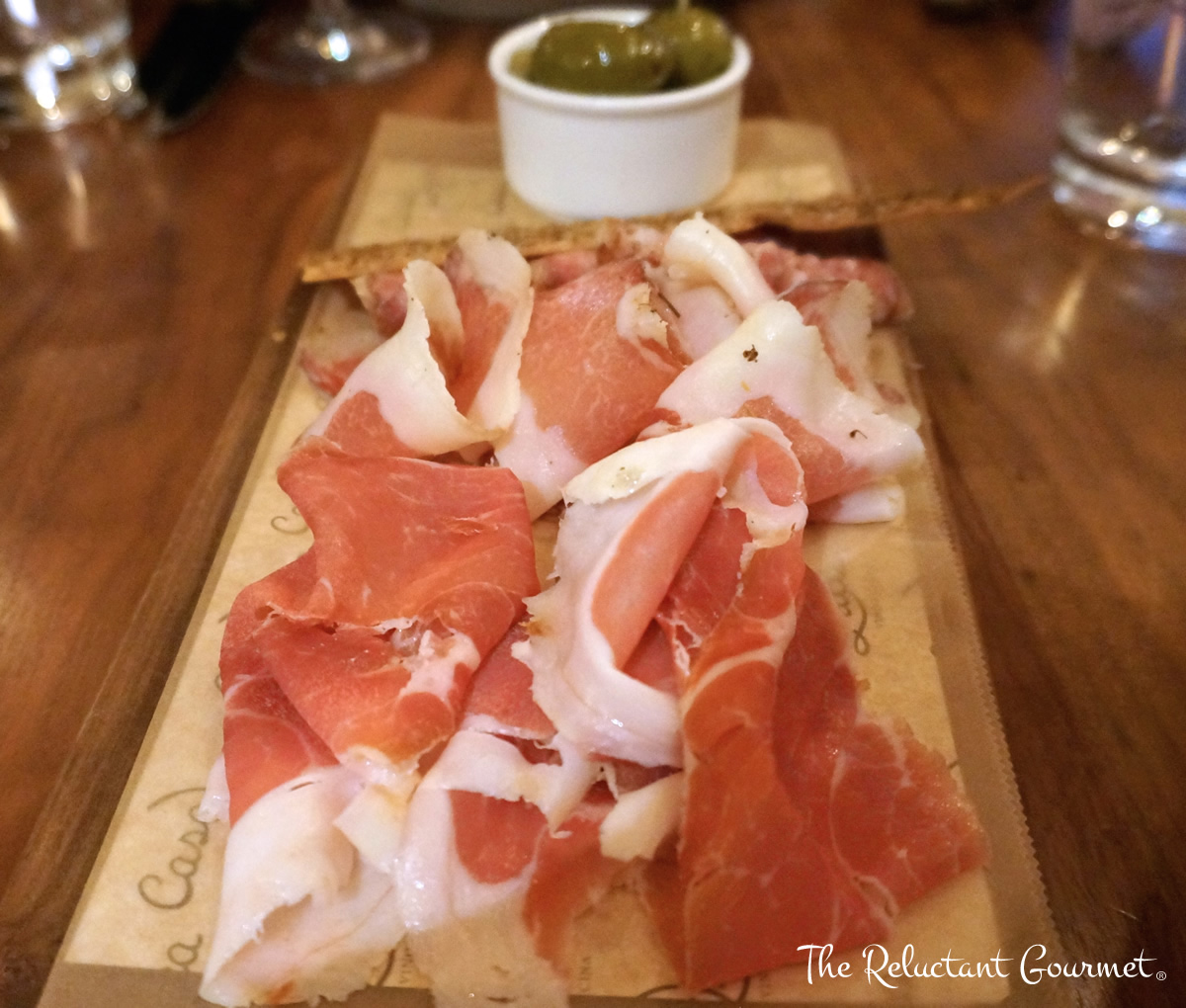 We didn't order this Salumi consisting of several "sinfully cured meats" but they brought it to the table and said go for it on the house. The Prosciutto di Parma was "sinfully" good. 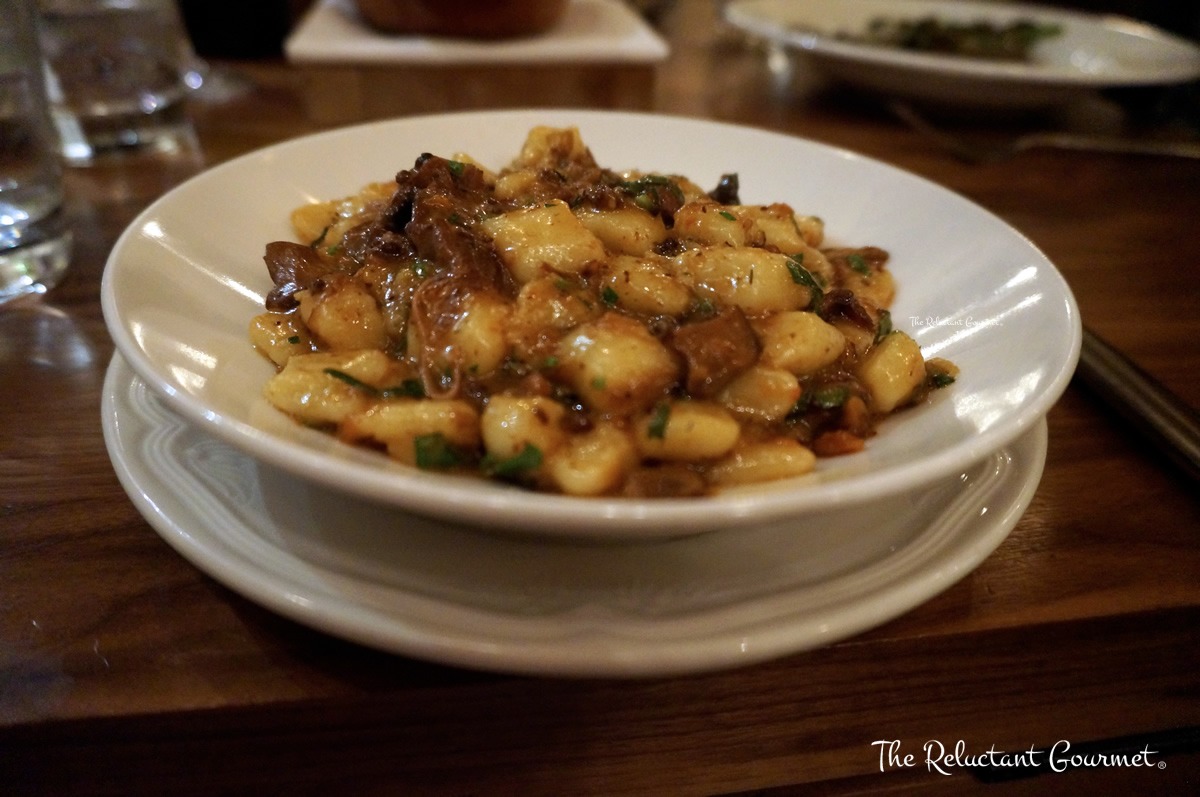 My youngest, Maddie, ordered the gnocchi with either pork or rabbit ragu. I just can't remember. She did let me taste this dish and it was incredible. Rich and full of flavor. 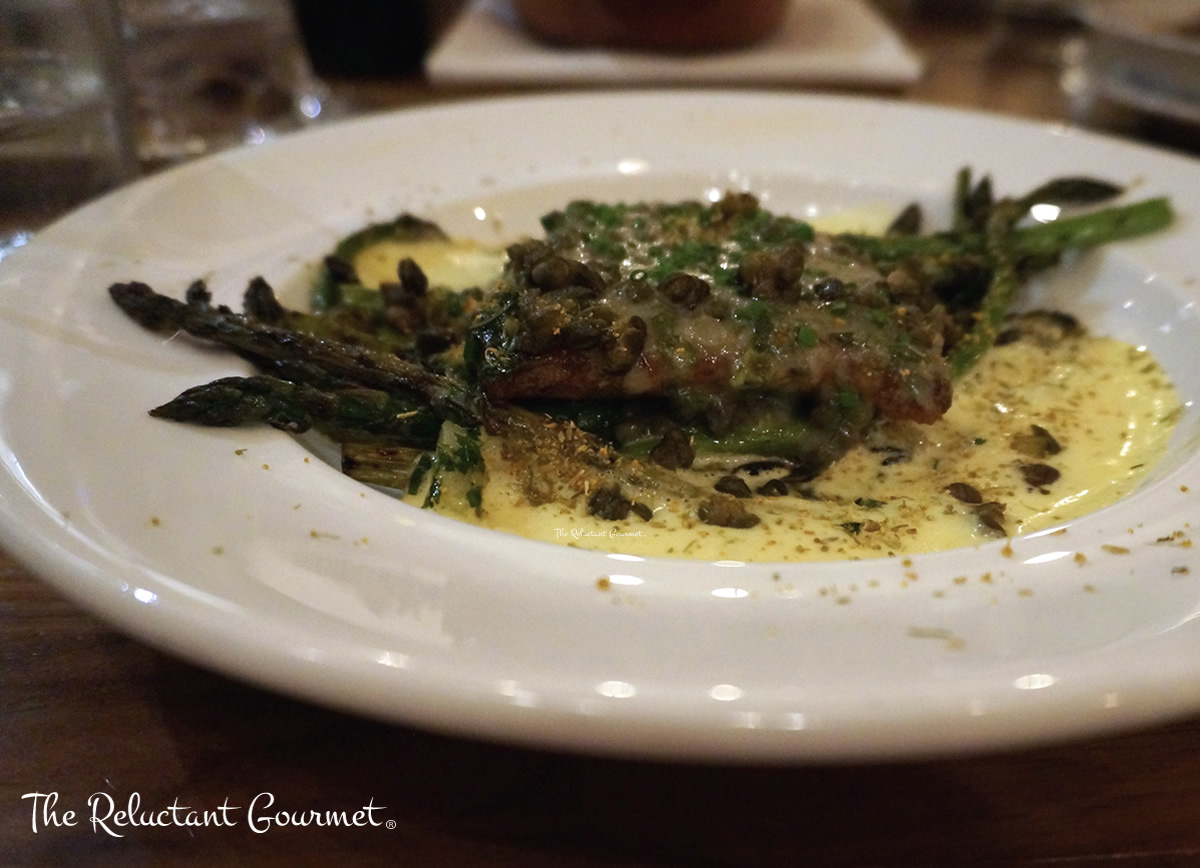 One of the family style favorites was a whole roasted John Dory for two. I wanted one of the pasta dishes so my wife ordered half a whole John Dory in a lemon parsley sauce and served with fresh asparagus. John Dory, also know as St Pierre fish is a fish with a distinctive dark spot on its side and long spines on the dorsal fin. There are many stories associated with how it received its name but I like the one given by Jules Verne in his novel An Antarctic Mystery. 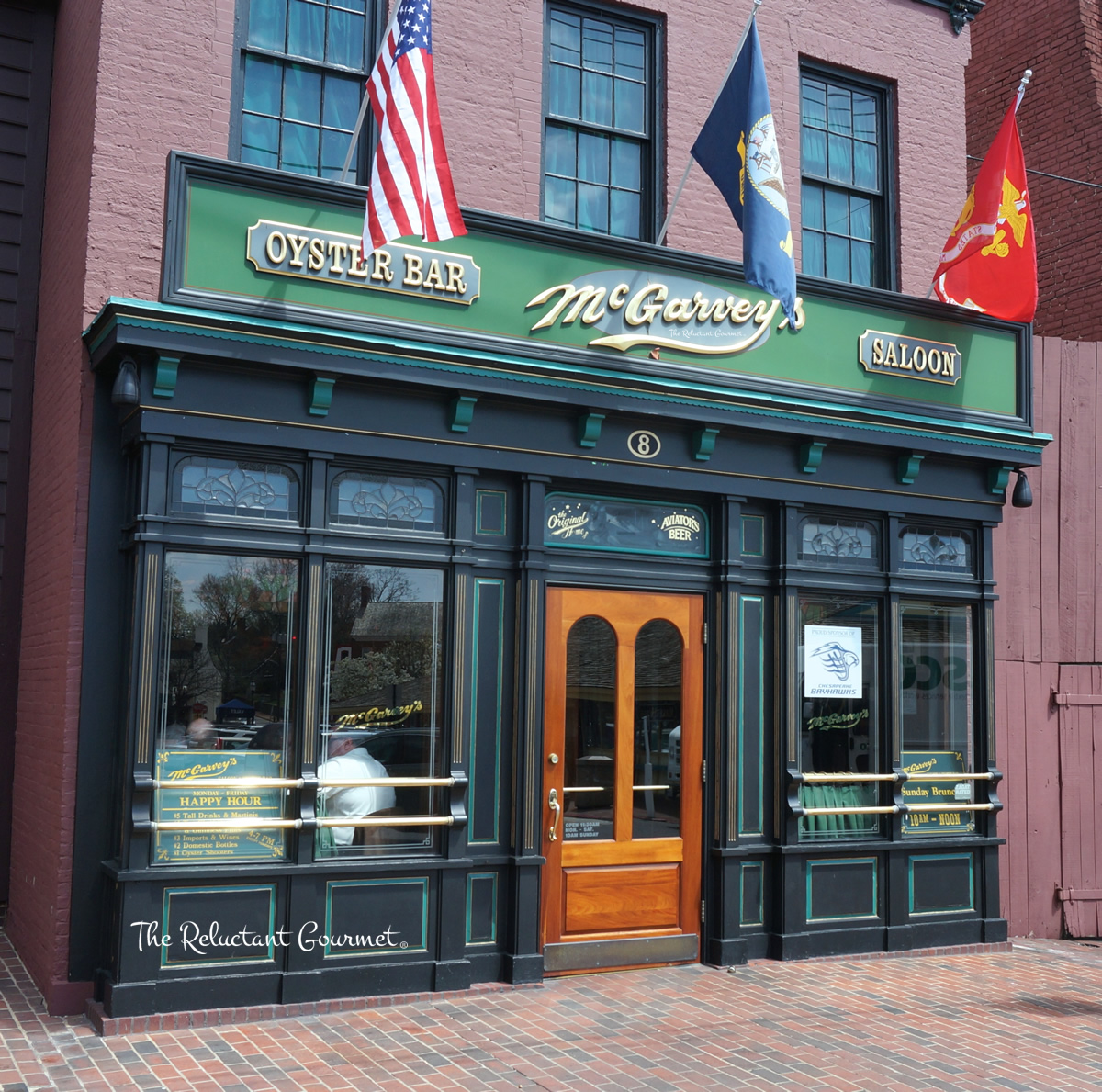 On the way home, we took a different route so we could stop in Annapolis, the capital of Maryland and home to the United States Navel Academy.  It's also a great place to just hang out, do some shopping and enjoy a tasty meal. We decided to try McGarvey's Oyster Bar. 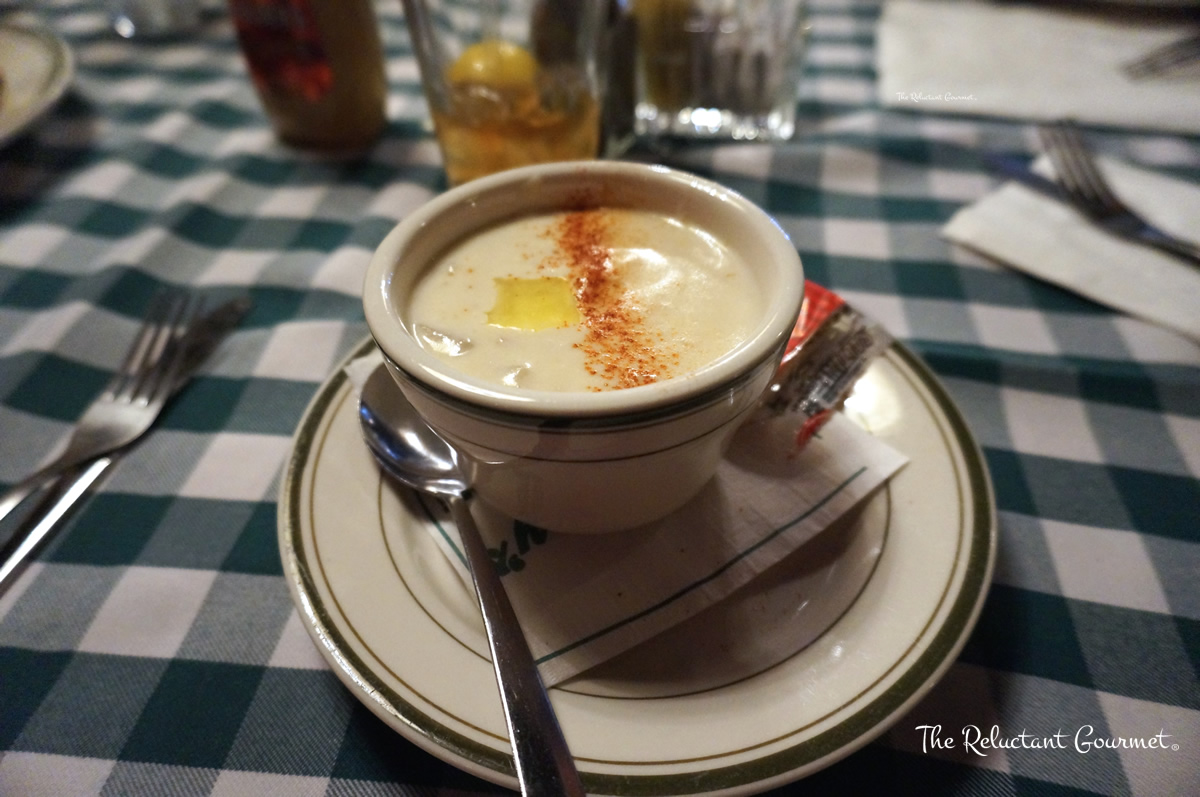 My youngest daughter Maddie and I tried the New England Style Clam Chowder and we were very happy with our choices.

Nell ordered the fish & chips that were "marvelously light and flaky Atlantic Cod breaded and deep fried to a golden finish. Served with fresh hand cut cottage fries." I sampled on of her pieces of fish and it was nicely done. 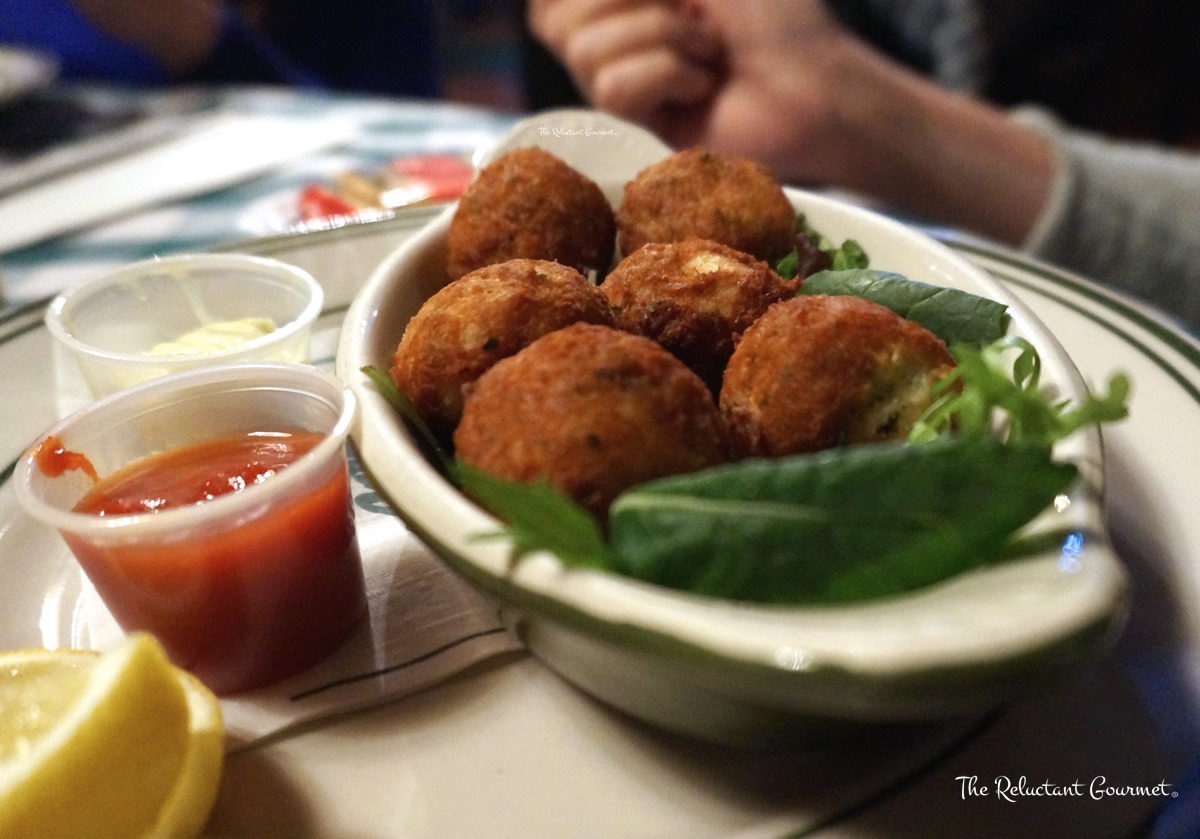 My wife Meg ordered the crab balls and was kind enough to share one with me. It was what you would expect, lots of crab meat, not too much breadcrumbs and lightly fried. Served with a tartar sauce and cocktail sauce. Very nice.