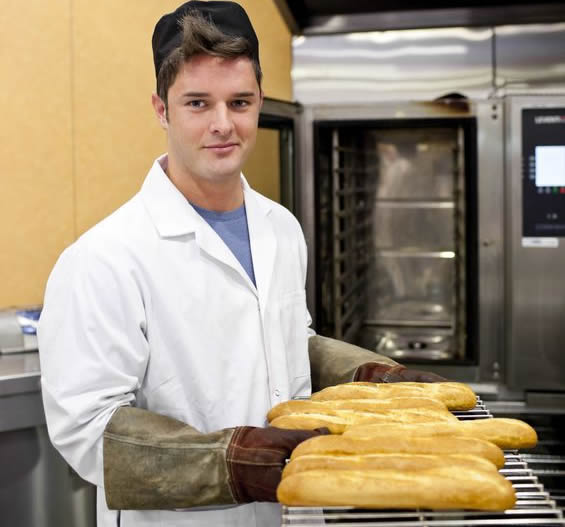 Are There Really Any Benefits to On-the-Job Culinary Training?

When students are gearing up to choose a culinary institute, one of the biggest concerns is whether or not they could get the exact same education for free by landing an entry-level cooking job and learning as they go. After all, the “apprenticeship” concept is how people learned their trades for hundreds of years, picking up skills in exchange for doing some less-than-glamorous work.

Even some famous chefs have gone the on-the-job training route: Chef Mario Batali dropped out of Le Cordon Bleu to learn in the faster-paced restaurant industry; and Tim Love, who owns one of the highest-ranking restaurants in Texas, never even considered culinary school at all.

The benefits of learning on-the-job have a lot to do with your personality and learning style, so it's certainly not for everyone. The advantages include:

Actually landing the job. A student fresh out of culinary school, though well-educated, might be lacking the real-world experience of someone who has spent two years working as a line cook. When it comes to the hiring process, many restaurant owners prefer the hands-on approach over theoretical learning.

Knowing if the job is right for you. Culinary school is an isolated and controlled environment, but real kitchens are messy, hot, dangerous, and full of stress. Working in a kitchen for a few months will give you a definite feel for whether or not it's a career you want to continue pursuing.

Making money rather than spending it. When you learn on the job, you're essentially getting paid for your learning opportunities. Culinary and cooking schools are the exact opposite, in that you're paying for the education.

No worrying over school reputation. While big culinary school names like Le Cordon Bleu and the Institute of Culinary Education carry their own kind of weight, smaller schools may not be as well-respected in the restaurant industry. If you learn on the job, you never have to worry about school credentials and reputation.

Of course, this list doesn't mean that culinary school doesn't have its own merits. Some people learn better this way, and the education process tends to be much more personalized than if you're churning out the same dishes day in and day out on the line at a chain restaurant.

Before you make the plunge into either on-the-job culinary training or culinary school, make sure you balance all the pros and cons.