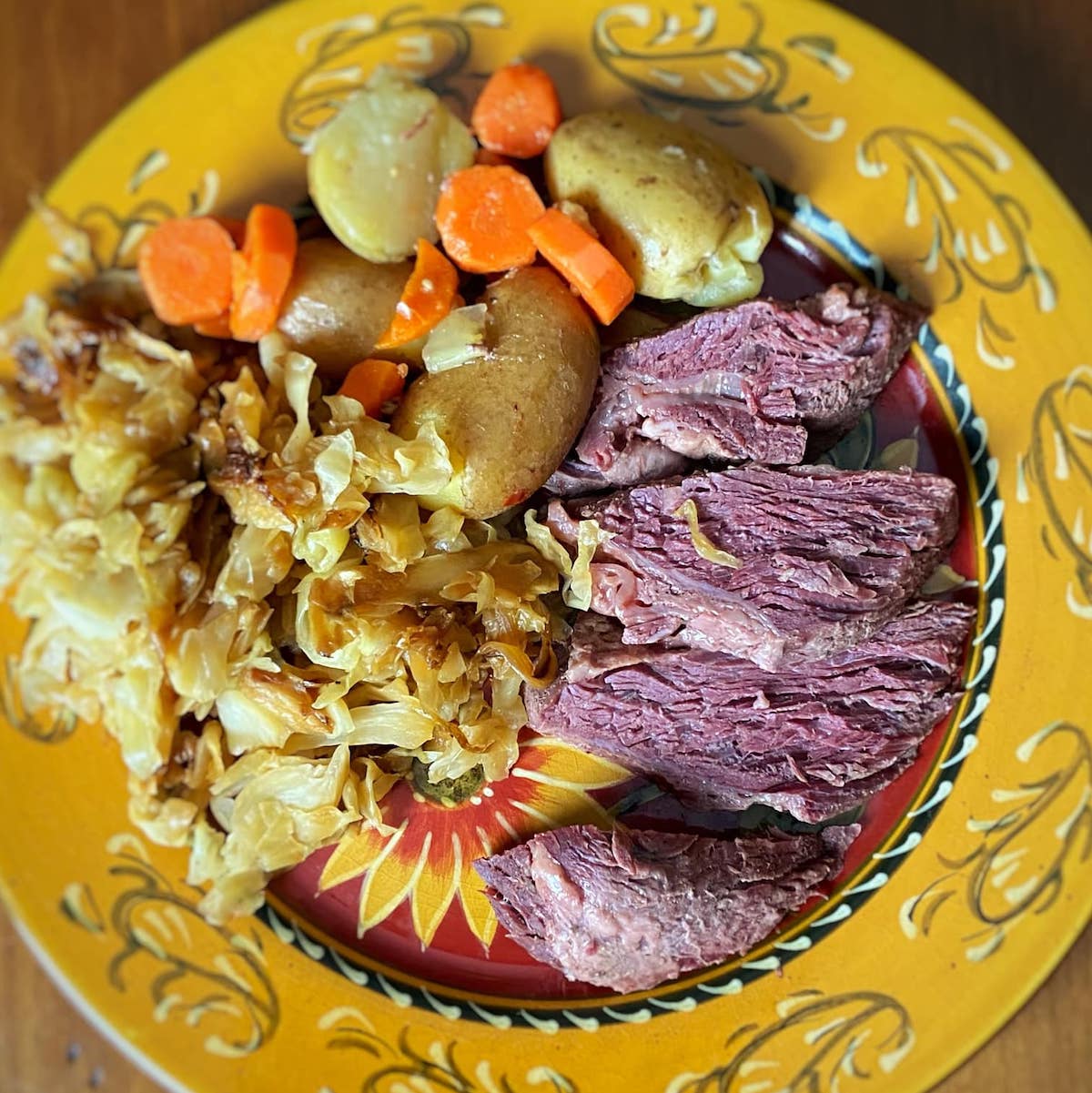 It's kind of interesting that a meal closely associated with St. Patrick's Day in America, corned beef and cabbage, is rarely eaten in Ireland. Historically, pork was the favored meat, and cows were kept mainly for milk production.

An Irishman's wealth used to be based on the number of cattle in his herd, and killing a cow to eat it effectively diminished a person's wealth, and status. In later years, beef was still much too expensive for most people, and corned beef was considered a delicacy to maybe be eaten at Easter.

Where Did Corned Beef Get Its Name?

You might be wondering where corned beef got its name. After all, it doesn't contain any corn! Beef used to be cured by packing it with corn-sized rock salt, and the name just stuck.

While the Irish were the first exporters of corned beef, many Irishmen got their first real taste of it for themselves upon emigrating to America at the end of the 19th Century, where both beef and salt were much cheaper.

They tended to cook this salt-cured (corned) beef much as they would pork back home: soaking it to remove some of the salt and then braising it with some cabbage.

If you are lucky enough to be in Ireland for the St. Patrick's Day celebration, you will certainly find corned beef and cabbage, but most of it is prepared for North American tourists. Oddly enough, on this decidedly Irish holiday, the Irish themselves don't really seem to have a traditional dish to celebrate St. Patrick's Day.

Since I live in the United States and intend to celebrate as an Irish-American, I will be serving corned beef and cabbage on Tuesday. At its heart, it is a very simple dish and is often simply spiced.

To make it a true celebratory meal, I've added some complexity by beer braising and enriched the dish by finishing it with some melted butter.

For the Corned Beef

For the Corned Beef and Cabbage

For the Corned Beef

For the Corned Beef and Cabbage

A true corned beef is cured with sodium nitrate and sodium nitrite. This is what gives the cooked beef its traditional pink color. If you want to corn beef using a sodium nitrate mixture, rub the brisket with a mixture of 5 tablespoons Morton's Sugar Cure , 2 tablespoons light brown sugar and 3 tablespoons of corned beef spices. Place in a plastic zip top bag, squeeze out the air and place the meat in a dish in the refrigerator for 6 days, flipping the bag over twice a day. Liquid will collect in the bag; do not drain it. After six days, rinse the meat off and soak it in water for an hour to remove some of the salt. *Generally speaking, corned beef and cabbage does not need any extra salt during the cooking process. Taste yours, though, to see if you think it needs a little kosher salt during cooking. If not, finishing with a sprinkle of flake salt, such as Fleur de Sel, will be sufficient.
« Cherry Cobbler Recipe
Truffle Risotto Recipe »