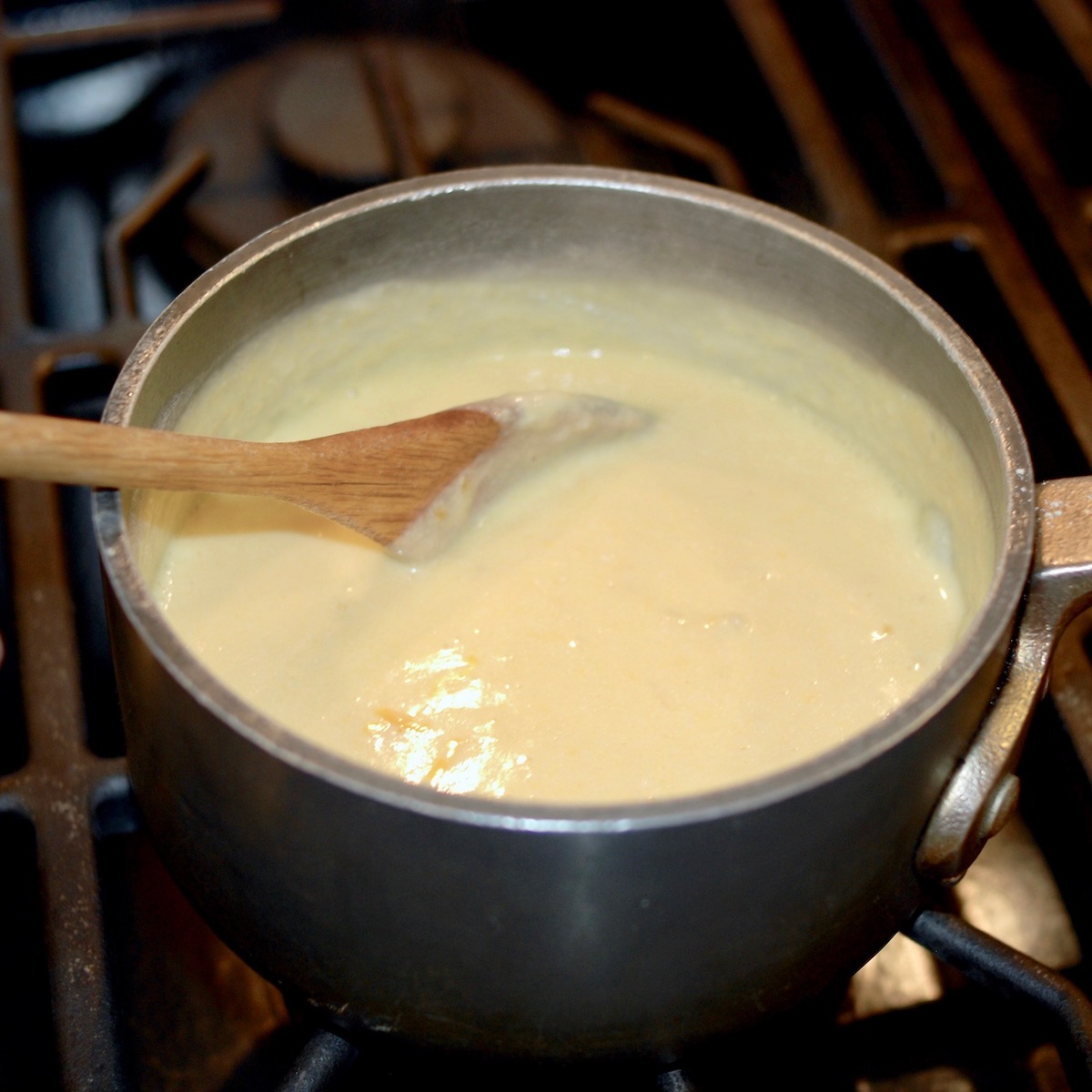 The name "allemande" means "German" in French, and it is believed that the sauce originated in Germany before it was adopted by French cuisine. There are several theories as to why the sauce is called "allemande," including the fact that it was served with dishes that were popular in Germany at the time, such as veal, or that it was named after a German chef who introduced the sauce to France.

To make allemande sauce, you will need to start by making a velouté sauce. To do this, you will need to melt butter in a saucepan over medium heat. Once the butter has melted, add flour and cook, constantly stirring, until the mixture turns a light golden brown. This will create the roux, which will act as the base for the sauce.

Next, gradually add chicken or veal stock to the roux, constantly whisking to prevent lumps from forming. Bring the mixture to a boil, then reduce the heat and let it simmer until the sauce has thickened.

Once the velouté sauce is ready, you must make the liaison.   A liaison is a mixture of egg yolks and heavy cream used to thicken and enrich sauces, soups, and other dishes. The egg yolks provide a velvety texture and a rich, creamy flavor, while the heavy cream adds richness and a smooth, velvety consistency.

A liaison is typically made by whisking together egg yolks and heavy cream in a small bowl. The mixture is then gradually added to the dish being prepared while stirring constantly to prevent the eggs from scrambling. Once the liaison has been incorporated into the dish, it should be heated gently until it has thickened, but not brought to a boil, as boiling can cause the eggs to curdle.

Liaisons are used in various dishes, including sauces, soups, and desserts. Some examples of dishes that may use a liaison include velouté sauce, allemande sauce, crème anglaise, and hollandaise sauce.

In addition to adding flavor and texture to dishes, liaisons can help stabilize emulsions, such as mayonnaise and vinaigrette, and give them a smooth, creamy consistency. They can also enrich custards and other desserts, giving them a velvety texture and a rich, creamy flavor. 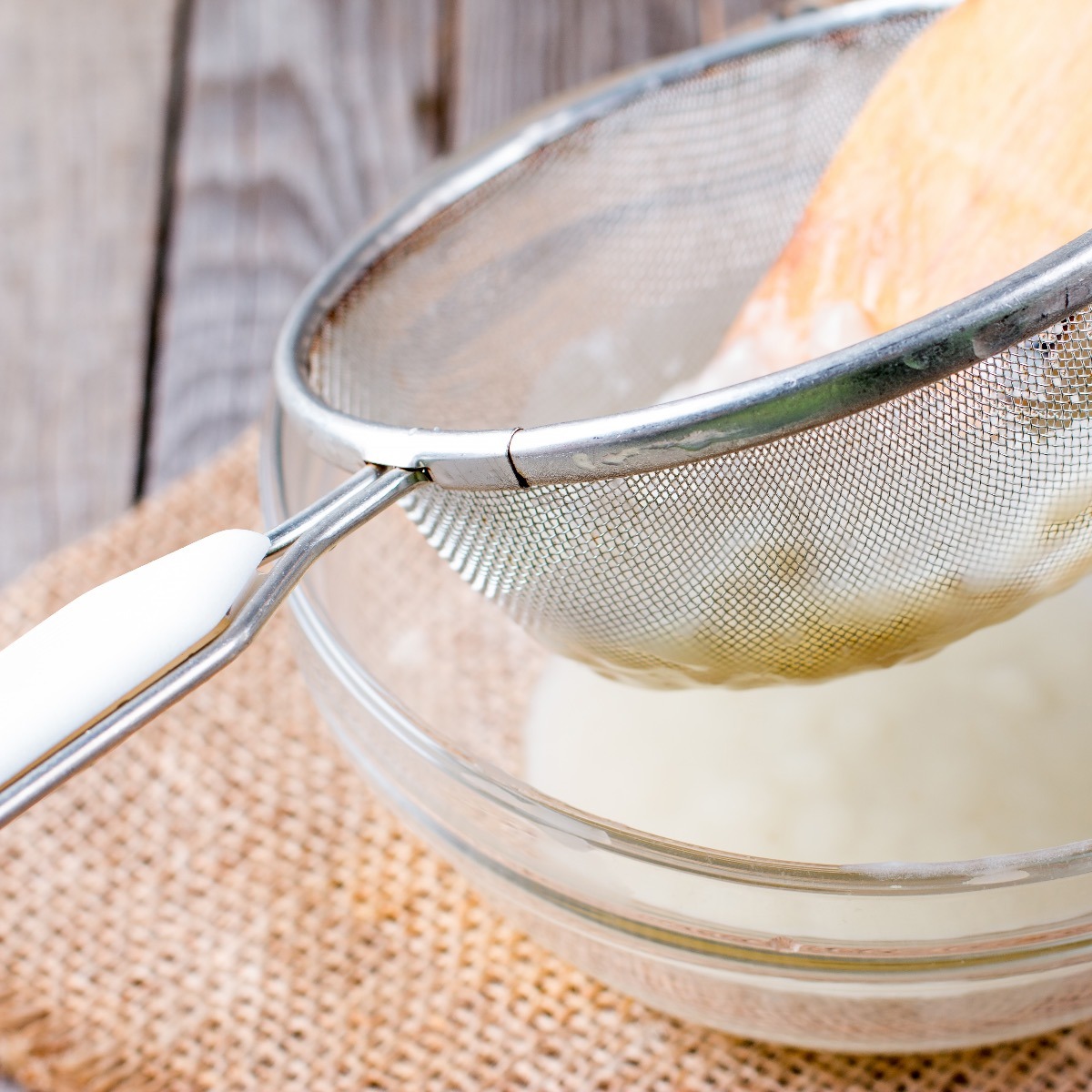 Add the Liaison to the Velouté Sauce

Gradually add the liaison to the velouté sauce, constantly stirring to prevent the eggs from scrambling. Bring the mixture to a boil, then reduce the heat and let it simmer for a few minutes until it has thickened.

Finally, season the allemande sauce with lemon juice, salt, and white pepper to taste. You can also add other ingredients, such as chopped parsley or tarragon, to give the additional sauce flavor.

Where to Use Allemande Sauce

Allemande sauce is versatile and can be served with various dishes, including roasted chicken, veal cutlets, and poached fish. It is also often used as a base for other sauces, such as chasseur sauce (a tomato and mushroom-based sauce) and supreme sauce (a creamy white sauce made with chicken stock and heavy cream).

One of the key characteristics of allemande sauce is its rich, creamy texture, created by the combination of the velouté sauce and the liaison. In addition, it is a relatively easy sauce to make, requiring only a few simple ingredients.

Other Names for Allemande

There are several other names for allemande sauce, including:

IMPORTANT - This sauce does not hold up very well and should be used as soon as it is made. If not handled properly, the sauce will separate, and you'll have to start all over again. 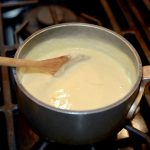