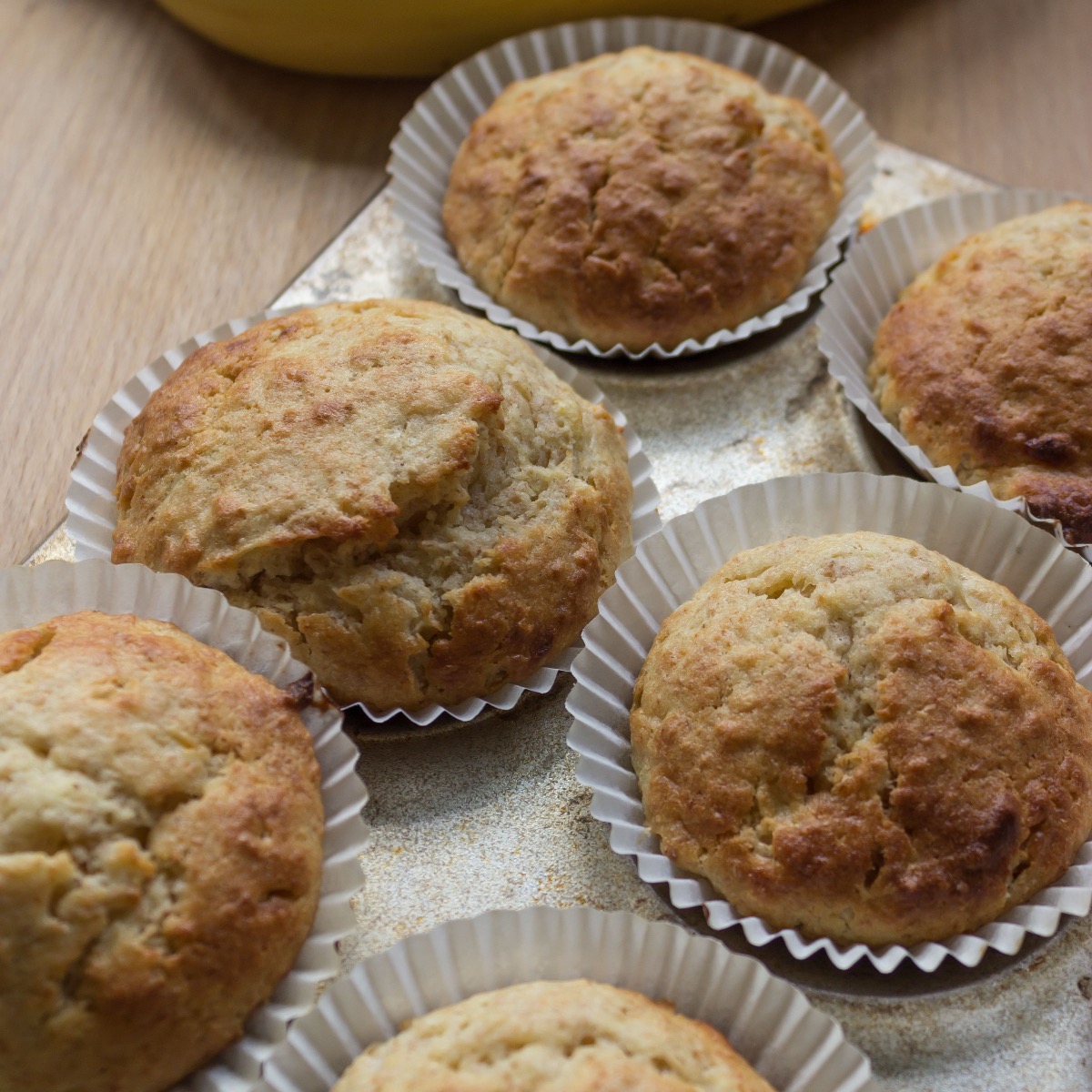 Back in merry ole England in the 19th century, there existed a street peddler known as the Muffin Man. He had nothing to do with this banana muffin recipe.

Forever immortalized in the nursery rhyme of the same name, the Muffin Men plodded the streets of London with a tray of muffins, often carried on their heads. They rang a bell to alert the public to their presence, much like the neighborhood ice cream trucks of the modern day.

It is estimated that 3,000 muffin men were clanging their way through the English capital. This caused quite a stir as the public complained, spurring a Parliamentary interdiction in 1840 limiting the use of the bell. However, this supposedly had little effect, and the peal of the undaunted muffin men continued reverberating through the city.

When I think of muffins, I can't help but recall the episode of Seinfeld entitled "The Muffin Tops."  Elaine, who only relishes the muffin tops, suggests a harebrained scheme to open a muffin shop that only sells the tops.

Her ex-boss Mr. Lippman decides to run with it and does just that. However, something goes wrong as the muffin tops are insipid. He consults Elaine, who discovers that he is only baking the tops.

The "secret" to the top's flavor is baking the muffin and breaking off the stumps. This succeeds, but now Lippman is left with hoards of muffin stumps. They try to donate them to the homeless but rebuff their measly leftovers.

With no other options, they turn to the gluttonous and conniving Newman. In a spoof of Harvey Keitel's character in the movie "Pulp Fiction," (Keitel played a "cleaner," an underworld figure who repairs botched situations), Newman arrives with a large cache of milk and proceeds to consume the staggering stockpile of muffin stumps.

What Is a Muffin?

A muffin is a type of quick bread, i.e., a bread which receives its leavening from a chemical, usually baking powder and/or soda, as opposed to yeast. Yeast bread must also be kneaded and rested; steps are unnecessary with a quick bread.

Other classical quick bread include pancakes, cornbread, and biscuits. The word muffin derives from one or two possible sources:  the French word "moufflet," which refers to soft bread, and the German word "muffe," meaning cake.

Interestingly, what the Seinfeld clan and most people in the US refer to as a muffin is an American transformation. The original muffins of England were yeast-based bread, more analogous to traditional bread than a cake.

The popular brand Thomas' English Muffins® is truer to its seminal namesake than what Newman gorged himself on.

American muffins, as stated, are more cake-like. But unlike a finely textured, standard cake, muffins have a denser consistency. This results from hand stirring the ingredients instead of ardently whipping the butter, sugar, and remaining elements in an electric mixer. This latter cake-making technique is known as the "creaming method."

Homemade muffins, devoid of chemical preservatives, go stale rather quickly, so eat'em up and/or give some to the neighbors. 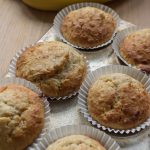