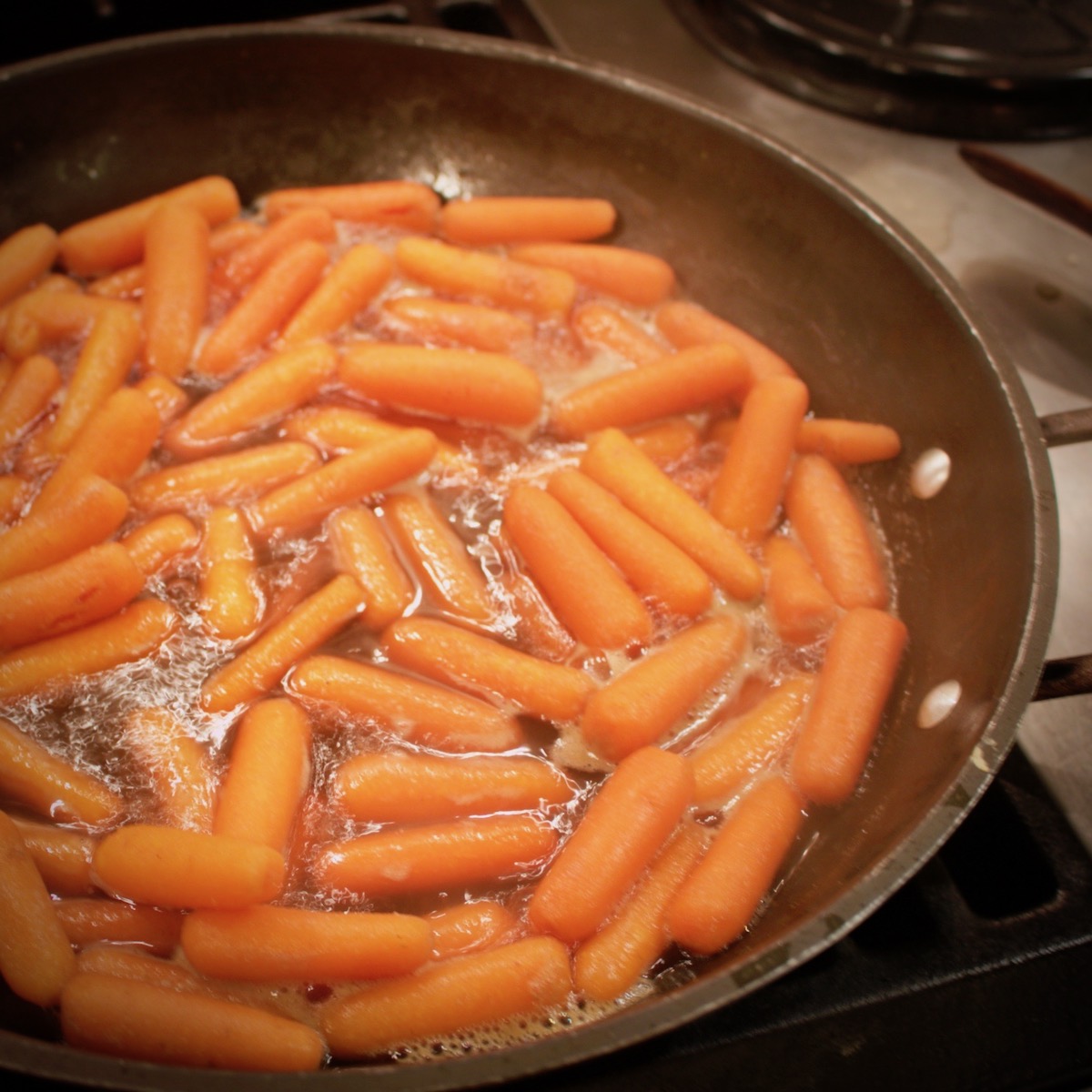 You’ve probably read the directions in many different recipes.

“Plunge into rapidly boiling water for one minute. Remove and plunge into ice water to stop the cooking process.” - that's Blanching

It’s a technique that is called for frequently, but I think it is frequently misunderstood. I think it’s time to demystify blanching and take a look at the procedure:

Blanching is briefly submerging foods, most often fruits and vegetables, in boiling water and then stopping the cooking process by immediately placing them in ice water. Great, but why would we do that? What is the point of this quick heating-cooling?

If you have ever tried to peel the thin, tough skin off of a juicy, ripe peach or tomato, blanching will be your new best friend. A quick 30 second to 1 minute dip in boiling water followed by rapid cooling in ice water, and the skins will literally slip right off.

When you place whole tomatoes or peaches in boiling water, they begin to cook from the outside in. Arresting the cooking process at a point that is just barely beyond the skin forms a very thin layer of softened, cooked food, and the skins will slide right off. All you need to do is to score a small, shallow “x” on the bottoms of your peaches or tomatoes before blanching, and you’ll have a handy place to grab the skins and pull them off.

Setting the color is a major reason for blanching. It might be the secret weapon your favorite restaurant uses to have the brightest green beans in their salads.

When you place foods in boiling water, you will notice that the color will intensify after a minute or so. With continued boiling, the food will become dull and eventually almost a mushy grayish green, as all of the nutrients leach out into the water and the cell structure breaks down.

With blanching, you can control the final color and texture of the food by deciding when to take the food out of the water. As a general rule, once the color intensifies, it is time to take it out.

If you just remove the food to a plate, carryover cooking can result in mushy vegetables anyway. This is why the ice water step is so important.

Since the food is not completely cooked, the beans will maintain a fresh crunch, but the color will be set at “bright green,” and you won’t have to worry about it fading. 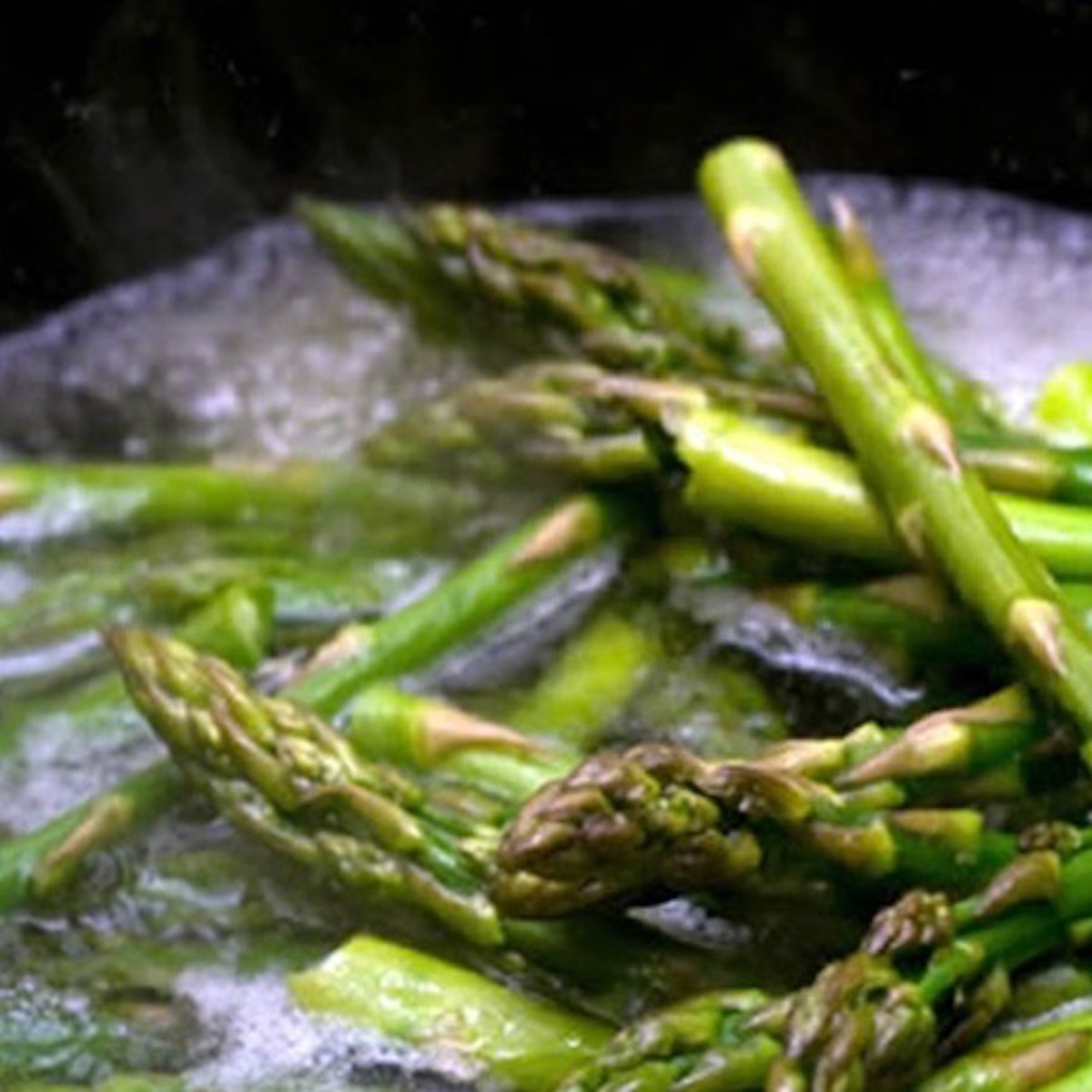 Using blanching to par-cook is also a great restaurant time-saving trick. Can you imagine having to cook raw vegetables for, say, ten minutes for every order?

With multiple orders, a cook could easily find himself “in the weeds” if they don’t incorporate blanching as part of their mise en place.

If the cook blanches vegetables for 6-7 minutes, bringing them close-to-done, a simple 3-4 minute reheat will bring the food all the way to done, saving the cook a whole lot of time (and keeping the customers happy).

One of the most critical uses for blanching is as a step before freezing or canning. In the case of food preservation, blanching does two things.

First, it can kill any little microorganisms that might be contaminating your fruits or vegetables. Second, blanching can kill the enzymes naturally present in the food.

These enzymes are responsible for ripening and eventually browning and spoilage. These enzymes can remain active even when frozen, so for long term storage, it is important to kill them to keep the food as fresh as possible.

Simply cut the food in whatever size you like, blanch until the color intensifies, and then shock in ice water. Once cool, spread out the food, dry thoroughly, and then freeze in heavy duty freezer bags.

Now that we know what to blanch and the reasons why we blanch, let’s review the technique, which is identical for every food you will ever have to blanch. The only differences will be in the time you leave the food in the boiling water and whether or not you cut the food or leave it whole.

How to Blanch Foods Properly

To blanch, you will need a large pot full of water. Bring it to a boil with the lid on. Leaving the lid on will diminish the time it takes for the water to boil.

While the water is coming to a boil, fill either a large bowl, or a sanitized large sink, with ice water. You will also need a large strainer and an area that you have covered with lint-free towels, for drying the food after blanching.

The trick with blanching is to keep the water at a rolling boil, even when you add the food. So, it stands to reason that, if you don’t have a huge pot, you will only be able to blanch small amounts of food at a time. Here is the procedure.

How long you blanch fruits and vegetables depends on the item, size and quantity. I've put together a list of blanching times here.

Now that you are more familiar with blanching, I hope that you can begin to see its time saving and money saving possibilities. Par-cooking some of your vegetables for a Thanksgiving or Christmas meal might make your life easier.

Blanching some broccoli or green beans for a salad not only makes them a vibrant green, but it just might get rid of some of those enzymes that make some of these cruciferous vegetables hard for some of us to digest.

Blanching before freezing can help ensure that your bumper crop of cauliflower from going bad, even in the deep freeze.

And, for those of you who have made a right mess of a peach when trying to peel it, myself included, blanching can be the technique that turns the idea of making a fresh peach cobbler from “No way!” to a walk in the park.