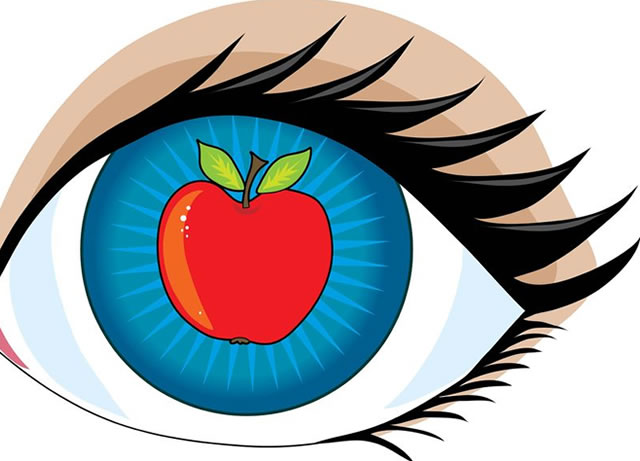 Food Expressions We Use All The Time

Without even realizing it, we often use food-related phrases, idioms, colloquialisms, expressions, or whatever you want to call them in everyday language. Sometimes we don’t think about the origins of these fascinating food phrases or how they became so conventional in the English language.

The other day, my daughter Maddie and I heard the food expression “the apple of my eye” and we wondered about its origin. We started to think about other food-related idioms and their etymologies (where the words came from). Maddie and I decided to find more and see if we could figure out how these commonly used food phrases came into existence.

The etymologies are pretty interesting, take a look at our list below. Maddie and I will be adding to this list as we find more.

Apple of My Eye

This expression means someone that is so precious to you that they rival your ability to see.

Way back when, people fallaciously believed that the eye’s pupil was a solid object and therefore referred to it as an apple. In fact, William Shakespeare used the phrase with this implied meaning in his play, A Midsummer Night's Dream, saying “Flower of this purple dye, Hit with Cupid's archery, Sink in apple of his eye.”

The first use of the saying in Old English Is attributed to King Aelfred of Wessex in “Gregory’s Pastoral Care.” Its first usage in the modern English language is in Sir Walter Scott’s Old Mortality of 1816.

The word pupil comes from the Latin word pupilla, a diminutive form of the word pupus (“boy”) or pupa (“girl”) and was applied to the dark pigmented-center of the eye because of the tiny reflect image of the self one sees when looking deep into another’s eyes.