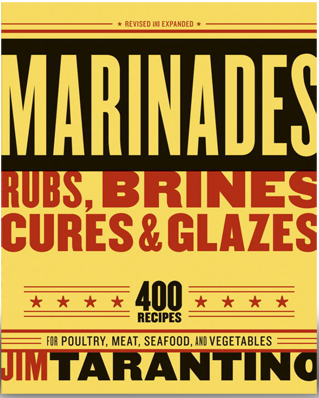 Why Brine Before Cooking

Do you happen to notice that every year one or two culinary ideas or cooking ingredients become all the rage and every cooking magazine writes about them as if they were the greatest concept since sliced bread?

I remember years ago it was pesto. Every time I turned around I was reading about pesto and all the restaurants were serving some dish with pesto. Before that, were sun-dried tomatoes.

It seems to me sherry vinegar is now replacing the once popular balsamic vinegar that showed up everywhere.

Another popular idea that's been around a while is brining foods before cooking them. I've been reading about brining for years and even tried it several years ago with a Thanksgiving turkey. Yeah, the bird was good and maybe even a little moister than if I didn't brine it but then maybe I just didn't overcook it that year.

The problem I had with brining the turkey was finding a container big enough to hold it and still fit into my refrigerator. Never again. Instead, I prefer to buy kosher turkeys that are already brined as part of the processing.

I have read how great brining is for making meats & poultry more juicy but just never found the time to learn how to do it right, take the time to make a brine nor take the time to actually brine something. Well, that is all going to change now.

I received a brand new cookbook from Jim Tarantino called Marinades, Rubs, Brines, Cures & Glazes. I met Jim at my oldest daughters friend's house. He happened to be there preparing a meal with her friend's dad, also a very good cook.

They told me about his new upcoming book and I asked if he could send a copy so I could review it for my web site. I hope to write much more about this subject as I try some of Jim's recipes and talk to him about grilling and barbecue.

According to the press release that came with his book, Jim is a confirmed serial griller and a five-string banjo player. He learned to cook as a kid in his uncle's restaurants and has written many articles on grilling and marinades. I hope he has some time to teach me some grilling and barbecue tricks.

Where am I going with all this?

I purchased some beautiful bone-in pork chops at the Farmer's market and brined them in Jim's All-Purpose Basic Brine on page 46 of Marinades, Rubs, Brines, Cures & Glazes. I cut the recipe in half since I only had three chops and brined them for his recommended 6 to 8 hours.

I then grilled the chops on my gas grill since I started preparing dinner later than I would have liked and had to get something on the table in a hurry. My wife was at a business meeting so it was just me and the girls.

My oldest will try just about anything but my 6 year old avoids everything. They both like pork but depending on how it's prepared, you just never know.

The chops didn't take long to cook, and besides the grill marks, were much whiter than I expected. I don't know if it was the quality of the meat from the farmer's market or the brine. I'll have to ask Jim about that.

I seasoned them with a little salt and pepper and then placed them onto the grill that was hot so they cooked about 3 to 4 minutes per side and were medium. I cut one up for the girls, served it with some rice pilaf and peas and they love the meat. Both of them asked for seconds, a rarity in our house.

I found the chops to be moist, juicy, with a hint of saltiness and lots of flavor. Next time I will try one of Jim's rubs for some additional flavor.

I tasted the difference and the fact that my kids enjoyed them so much has me thinking I will take the added time to brine next time around. I may even try brining some chicken or fish but first I need to read more of Jim's book. 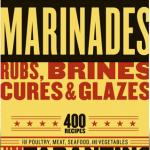