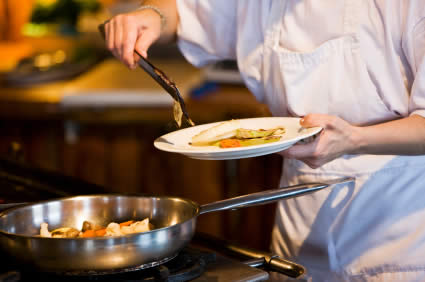 How Does the 10,000 Hour Theory Apply to Cooking

The theory of 10,000 hours is phenomenon that has been sweeping the way the world looks at success, and the culinary industry is no different. As more and more people strive to reach the top of the career ladder (whether that means owning your own restaurant, becoming a successful television personality, or getting promoted to Executive Chef), it is important to have the skills and expertise necessary to stand out from the crowd. One way to get there might be through a little hard work—10,000 hours of it, to be exact.

According to psychologist Daniel Levitin, 10,000 hours of practice is required to become an expert in anything, regardless of the subject matter. Although Levitin originally applies the theory to music (think concert pianists or composers), it is universal across fields. Anyone who wants to become an expert—whether they are athletes, writers, chess players, or master criminals—will have to put in 10,000 hours of practice first.

Ten thousand hours isn’t a small amount. Levitin breaks it down as three hours per day (twenty hours per week) for a total of ten years. For individuals in a full-time culinary program, the average amount of kitchen and classroom hours put in is around 1,000—not nearly enough to get you to the expert finish line.

The good news is that chefs, like many other types of creative professionals, rarely turn their work off. Every hour spent perusing cookbooks, cooking at home, working on the line in a restaurant, or even dining out can be considered part of the master training plan. In fact, many people put in 10,000 hours of culinary training before they ever set foot inside a culinary school.

Of course, “master” and “expert” are relative terms in this case. Some people have natural skills and talents, while others might struggle with simple steps. Some might get access to training from other talented individuals, while others might have to learn on their own.

No matter what type of culinary program you’re looking at, one thing remains true. You have to practice and work hard to reach the top. Don’t be afraid of putting in the time—even if it takes ten years, you can succeed.