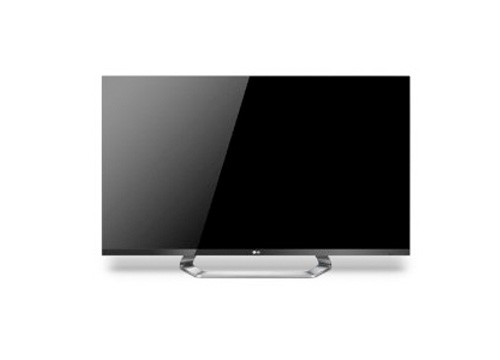 Why A Flat Screen TV In Your Kitchen

If you're like most people, you spend plenty of time in your kitchen making meals for you and your family. And in most of my friend's kitchens, including my own, there is a counter TV or access to a television in the attached family room.

Yes, they are great for watching ballgames or keeping up with your favorite soap while whipping up a batch of tomato sauce, but there are also a number of other benefits to having a large flat screen television right in your very own kitchen.

Kitchens come in different sizes and shapes, and there's never enough counter space for all of the things you need to have on hand. You've got pots and pans, recipe cards, canisters, and of course, some crazy and colorful cookies jar taking up entirely too much space.

At the same time, many kitchens also have too much wall space to decorate easily. It's hard enough to come up with ways to liven up your living spaces, but a theme for your kitchen can become overdone in a hurry.

You could find another picture of a rooster or a cartoon chef to paint on the wall, but now there's a better option.

Instead of more would-be art, why not add some entertainment to the space with a flat screen television?  They come in so many sizes that your only limit is the amount of space you have on your wall.

Technology in the Kitchen

A flat screen TV on your wall may seem like an indulgence, but really, it has so many uses. You can cook along with television chefs as you create meals and desserts in your own kitchen. Add a DVR or DVD player, and you can record, pause, and re-watch as many times as you need to master all of their tricks.

Not only that, but with a large screen you'll be able to see their moves and recreate their tips so much more easily than with a bulky counter top television. You can bring Bobby Flay or Ina Garten right into your kitchen big as life.

If you still have one of those under-the-counter sets alongside of your AM/FM radio and electric can opener, now is the time to upgrade and give your cabinets the respect they deserve. A flat screen television will have better quality, be easier to see, and add some panache to your cooking space.

Technology now also lets people hook up their computers to televisions. Imagine finding fabulous new recipes online, saving them to your computer, and pulling up the recipe in living color right on your flat screen television.

You'll be able to read the print with ease, and won't have to hunt for pesky reading glasses that will only be steamed up over the pots on the stove, anyhow. Plus, you'll have the added incentive of being able to examine photos of the completed dish that you can measure your success against, morsel by morsel.

Some of the new television models are building WiFi right into the sets. New technology available through LG Electronics offers you access to streaming movies, cooking videos, and other entertainment right through the Internet and onto the screen.

By tapping into their NetCast Entertainment Access, which offers access to the Internet without the need for additional equipment, you won't have to find the show playing on a cable channel or rent a video - it will be available at your whim, right in the comfort of your kitchen.

You can find cooking videos from YouTube or The Reluctant Gourmet that show you the intricate details of deboning a fish or mastering soufflés without forcing you to squint to make sense of the images on a tiny, outdated screen or cookbook.

Having Fun in the Kitchen

If you are already familiar with your recipes or techniques, you may not need to display instructions or videos on the flat screen television. Instead, you can use the TV to catch up on the news or your favorite shows"”or, if you tap into LG's technology, you can get movies streamed instantly from Netflix.

Time is that precious thing almost no one seems to have enough of, which is why "multitasking" in the kitchen is one of the hottest new ways to stay current with your television needs while attending to things of a more culinary matter.

Keep up with national and world news while prepping for dinner. Watch and listen to classic rock bands, don't miss a minute of the Phillies or your favorite team in the playoffs.

For years I used to run to the kitchen during breaks in the game to make myself a sandwich. Now I can cook a whole meal and not miss an at bat or touchdown drive.

There are so many reasons to have a flat screen TV in your kitchen that it's becoming more mainstream to see everything from screens built into the refrigerator to large flat screens mounted on a convenient patch of wall space. From cooking help and training to keeping up with your favorite shows, it's easy to upgrade your kitchen with exciting new options in entertainment and technology.

« Clarified Butter & Ghee
What to Know About La Tur Cheese »