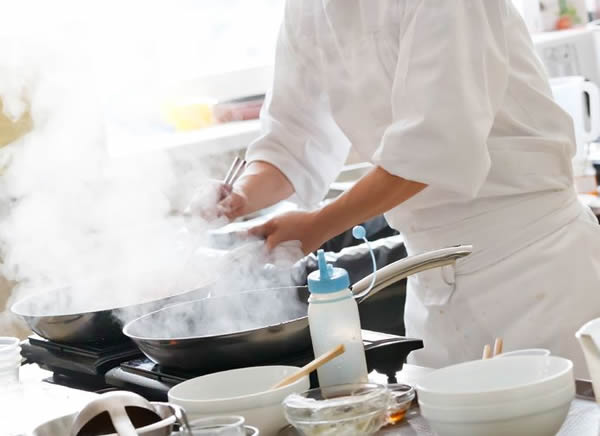 Hey Folks, I Want To Go To Culinary School

Deciding which culinary school you want to attend is a step in the right direction for your culinary career. From options like The International Culinary Schools at The Art Institutes, community college programs, local vocational centers, and even the prestigious Institute of Culinary Education, simply finding and being accepted into a program is a pretty big deal.

However, there is one step that many students fail to consider when choosing a culinary program: telling your parents where you're going and how much it's going to cost.

Overall, culinary schools have a pretty negative reputation for being expensive and too focused. After all, if you attend a traditional four-year college, you explore more than just one field of study, and you end up with a Bachelor's degree to help you land a job.

What Happens After I Graduate?

After culinary school, there's pretty much one thing you can do with your degree or certificate: go to work in a kitchen. This is just the sort of thing that makes parents nervous, since it limits your options and might negate those two to four years of hard work.

However, there are benefits to culinary school that even parents can support. You simply have to angle them correctly.

“I'm doing more than getting an education; I'm learning a skill.” General education courses teach a lot of the same things you learn in high school: math, English, science, and the like. When you attend culinary school, you're going beyond simple learning to include real vocational-centered training.

“I won't be spending forever at school.” One of the benefits of culinary school is that you can complete your training in as little as nine months. This means that you'll be on your way to a job before other students have even finished their second semester.

“Most of the schools take the same kind of financial aid taken at four-year universities.” If you look for a program that falls under the FAFSA program, you may be eligible for the same loans, grants, and work-study opportunities that traditional college students get.

Remember, only you can really decide the path of your future. If you feel that culinary school is right for you, there are few careers that offer the same kind of job satisfaction as the food and restaurant industry. You may have to work harder, but in the end, you'll be that much more satisfied with your career – and your life.