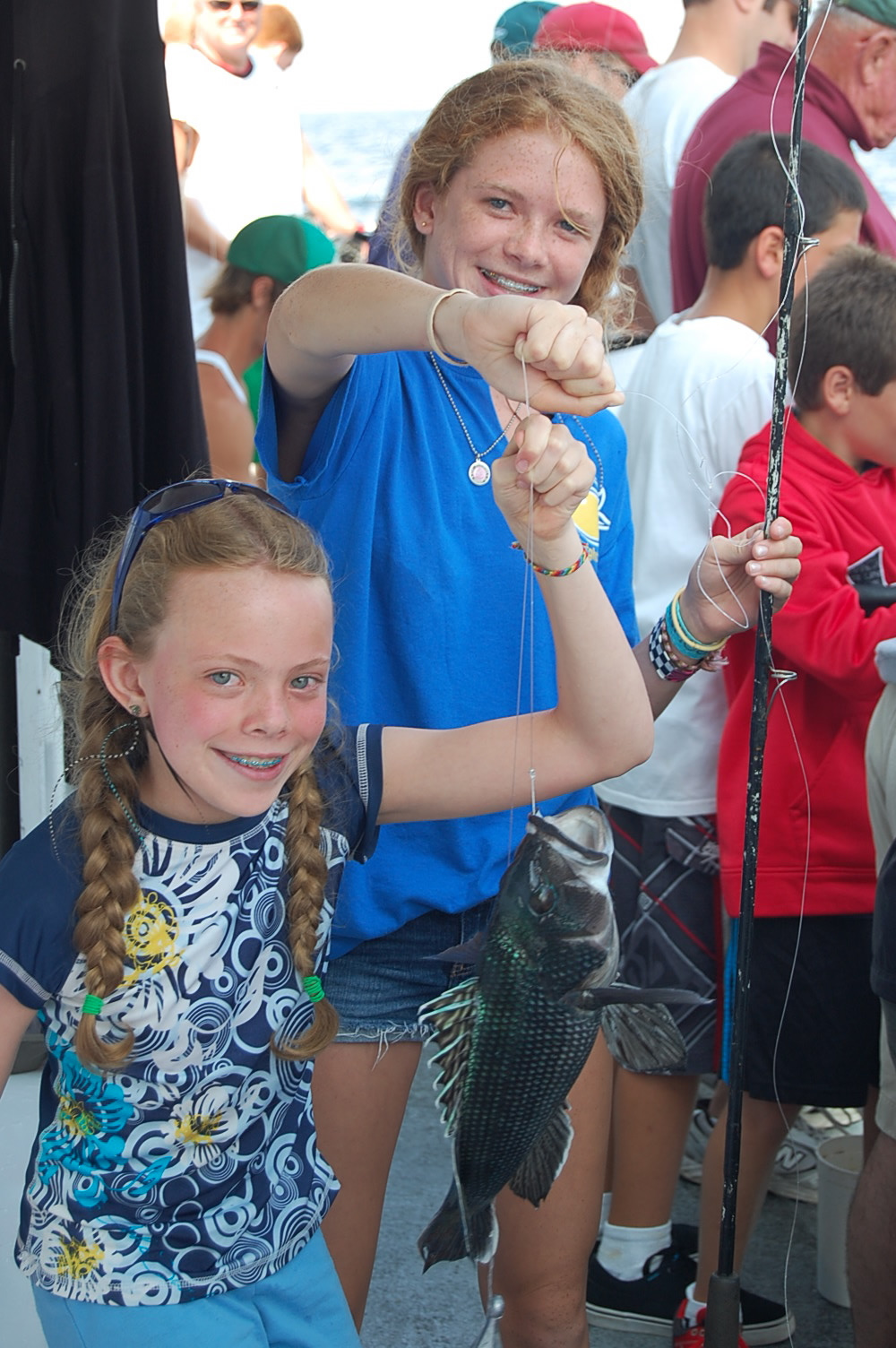 My wife and kids went fishing a couple of days ago on a commercial party fishing boat called the Miss Avalon down here at the Jersey shore. I'm not much of a fisherman except for some fly fishing out west. I learned as a kid I can handle the bay but not so much the ocean as my wife also came to learn for herself.

Both my girls had a blast and each caught a fish as you will read about in Meg's description of the fishing trip. I missed seeing both expressions when they reeled in their first fish especially when the boat mates got my youngest to kiss her first catch. We cooked up the fish that night for dinner and I a photo recipe of their catch of the day.  Here's my wife's fish story. - RG 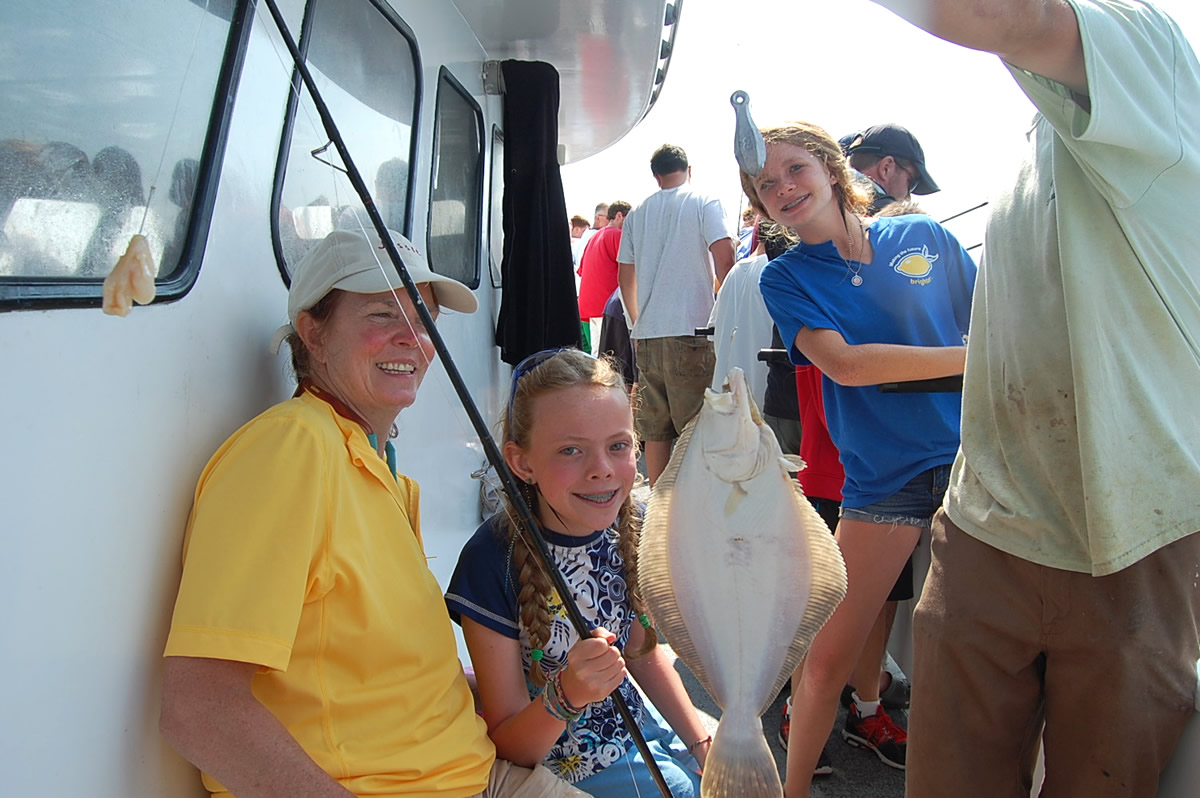 Ever since we started planning our summer vacation at the beach, our 11 year old Maddie has been asking to go "deep sea" fishing.  We had one boating experience last summer that had us all reaching for the Dramamine so it took some convincing.  But she's persistent.

And as luck would have it, other friends at the beach had the same interest, so we headed off at 8am in good company, on the Miss Avalon.  It promised to be a true fishing adventure on the high seas (aka five miles off Cape May).

The trip out took about 90 minutes, mostly spent at the bow of the boat focused on the horizon, to keep my stomach in check.  With the wind in our hair and the spray of the sea on our faces, we were just minutes from belting out a rousing chorus of "˜Barnacle Bill the Sailor' when the boat ground to a halt and the captain instructed us to drop our lines.

The water was supposedly teeming with porgy, sea bass, fluke, flounder, and skate, but the fish were hardly biting, and those that were seemed to end up on John's line, a few rods down.  Meanwhile, the boat was rocking and drifting and in no time I made the first of a handful of trips to the "˜head' (see "nautical terms for bathroom"), having left that Dramamine at home.    But my girls held their own, with rod and reel AND stomach, and waited patiently for a nibble.

Suddenly, my older daughter Nell yelled "fish on!" (the proper terminology for "I have a fish on the line and I need help!) and started reeling it in on the straining rod, with every ounce of strength she could muster.  One of the ship's mates rushed to her side and helped her pull in what appeared to me to be a gigantic sea bass (gigantic defined as 1lb after filleting, see photos).

Turns out it WAS big, at least big enough to win second place in the pool. First place was $106, collected from the passengers as the price of entry into said pool.  Second place prize was a free fishing excursion on the Miss Avalon.

Maddie was excited for her sister but more determined than ever to get her catch of the day.    And sure enough, several minutes later she reeled in a flounder!  It being the first fish she ever caught, she was told to kiss it on the lips for good luck, an opportunity her sister chose to forgo but that Maddie saw through to completion.

Too bad I didn't have the camera on that!    Actually my friend Kim deserves the photography credits, I was too nauseated to do anything more than absolutely required to prevent my children from falling overboard.

Our work completed, the captain headed back to port while the mates cleaned and filleted the fish, and I counted the minutes until I could get my hands on a ginger ale.  Turns out the girls were the only ones in our party to catch anything, so we felt pretty lucky.

And, the Reluctant Gourmet was really thrilled to cook up his daughters' fresh catch for dinner, with a light coating of flour and old bay seasoning, sauteed in butter and olive oil with lemon on the side.   A spectacular meal, topping of an excellent adventure.

One pound of sea bass, 12 ounces flounder, and a full GI cleanse:  $114.  Watching my daughters catch their first fish:  Priceless.

This is a quick and easy dish to make at home and extremely tasty if you can find fresh sea bass and flounder. We cut it up into smaller pieces because it reminded us of how our Bermudian friends Will and Linda prepared fresh "catch of the day" fish when we visited them a couple of years ago - just dip in some seasoned flour and pan fry in olive oil and butter.

Start by cutting the fish into pieces or you can leave it as whole filets if you like a more traditional serving. Dredge in some seasoned flour. I used Old Bay seasoning since it was in our rental house. 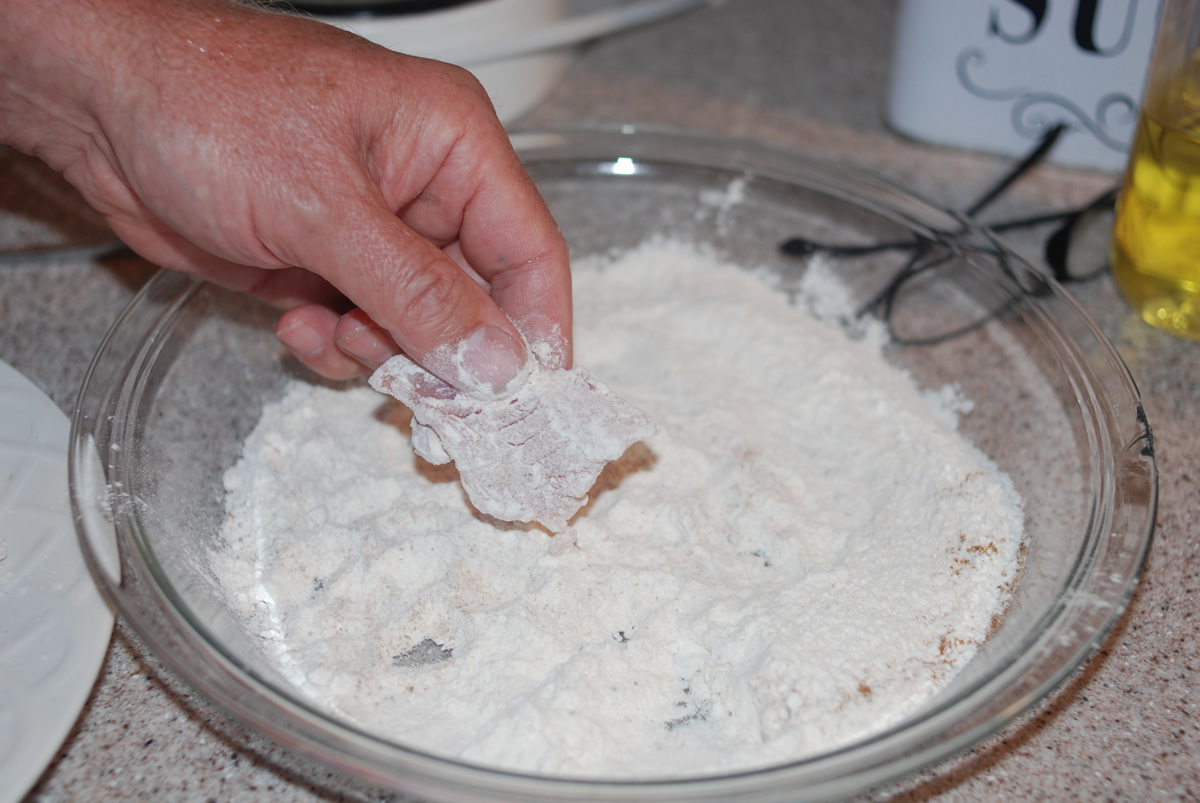 Heat up a fry pan, cast iron works great for a fish fry, add some butter and oil and let it get hot but don't let it smoke. Add the floured fish and fry for a couple of minutes each side. 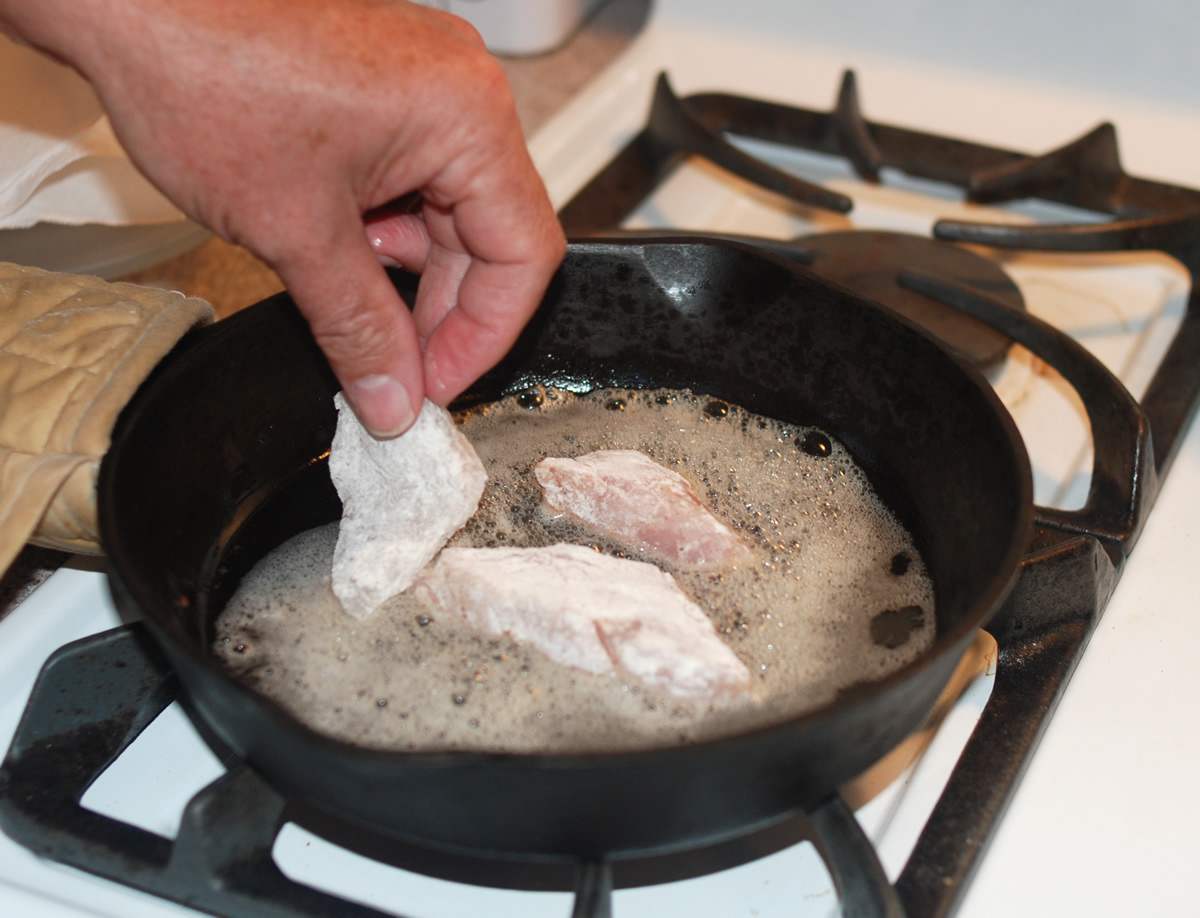 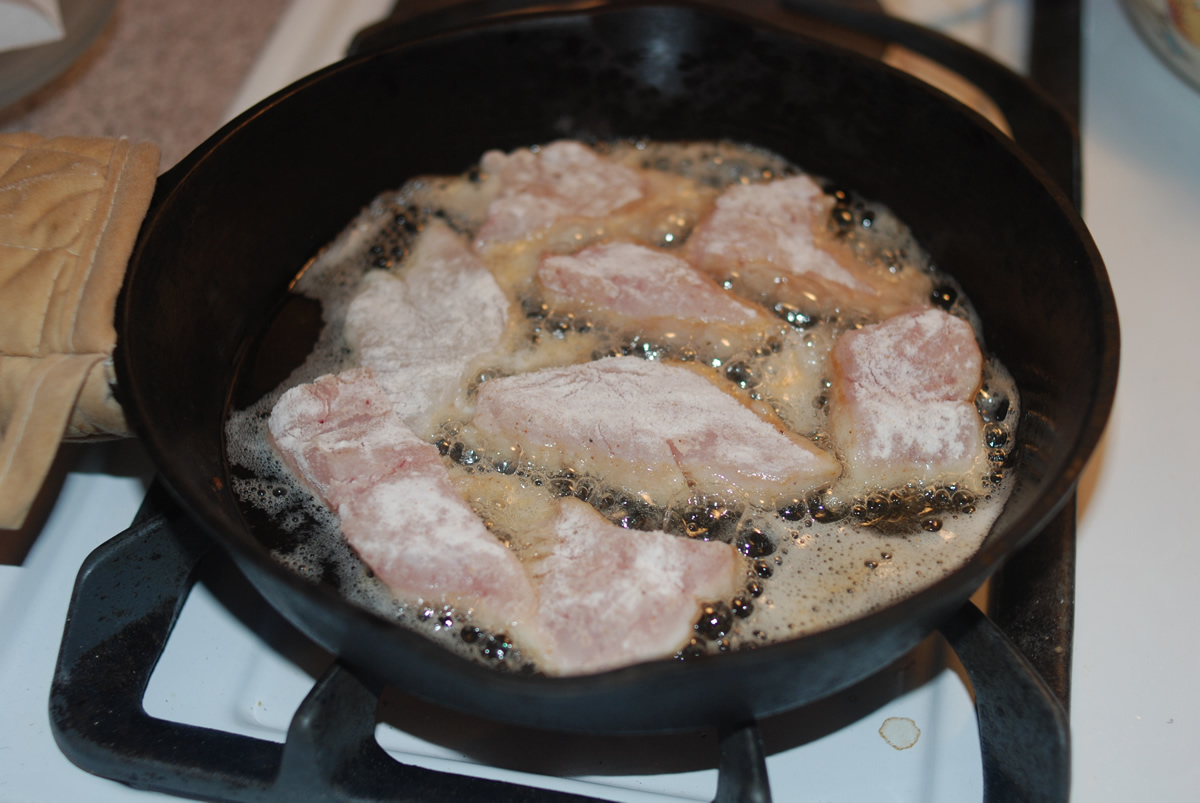 Remove the fish when done and drain on a plate covered with a couple of paper towels. 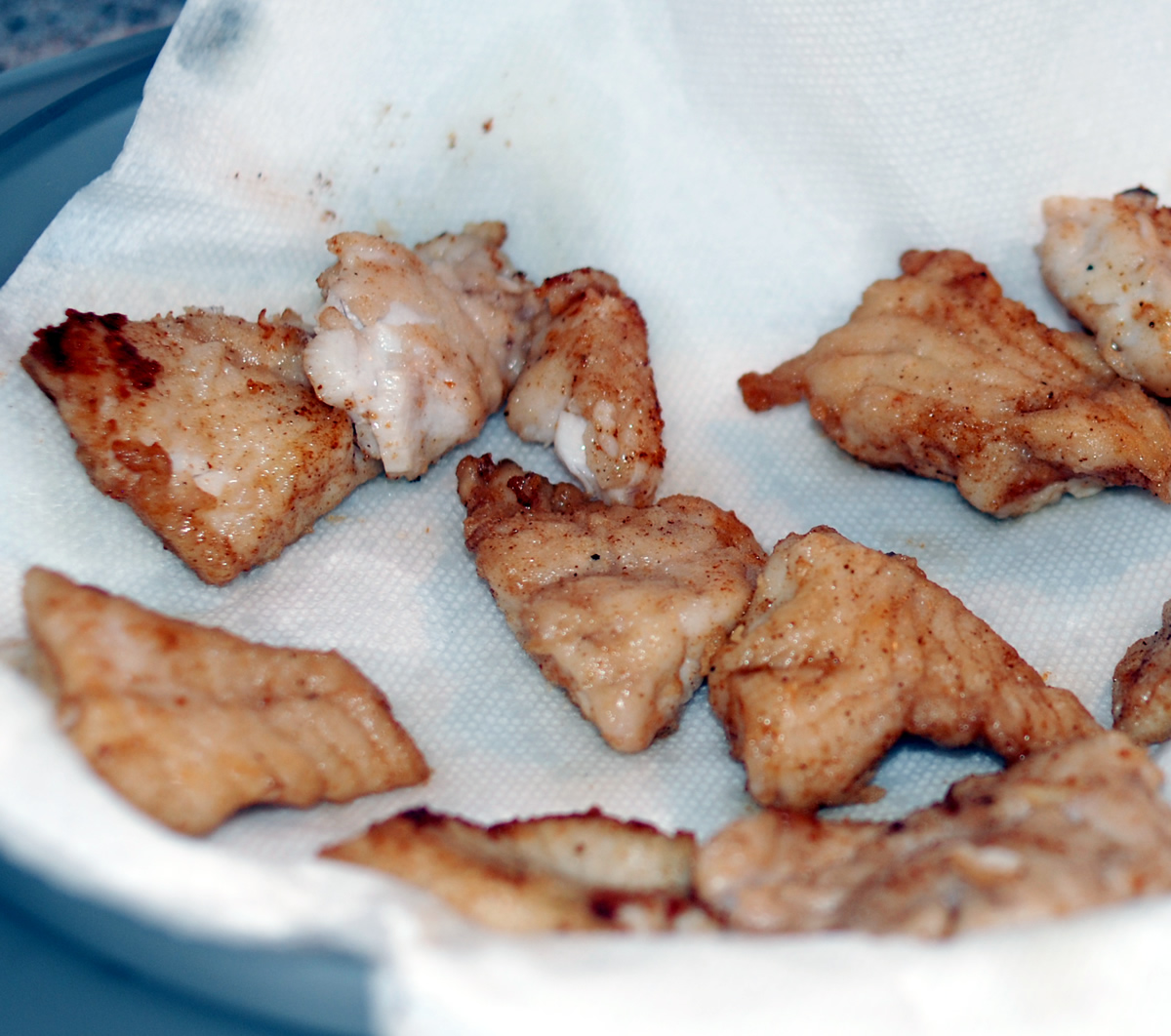 Do the same with the flounder. I used tongs on the sea bass because it was sturdy but used a spatula on the flounder since it started to fall apart. 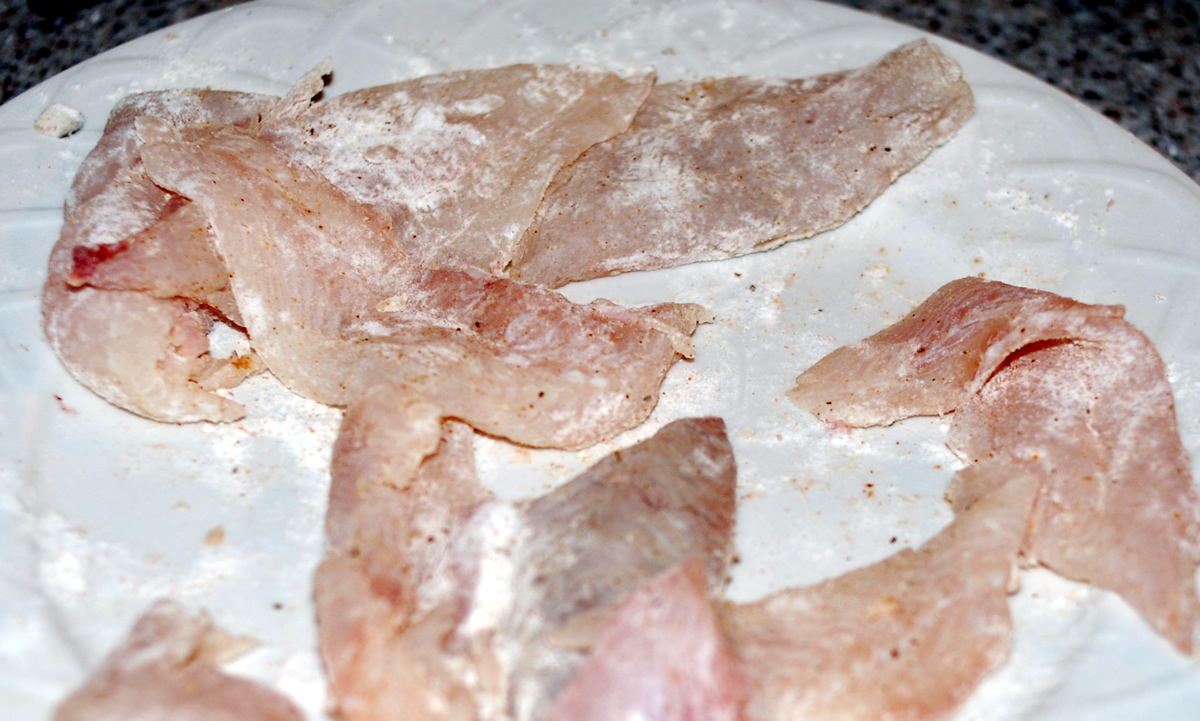 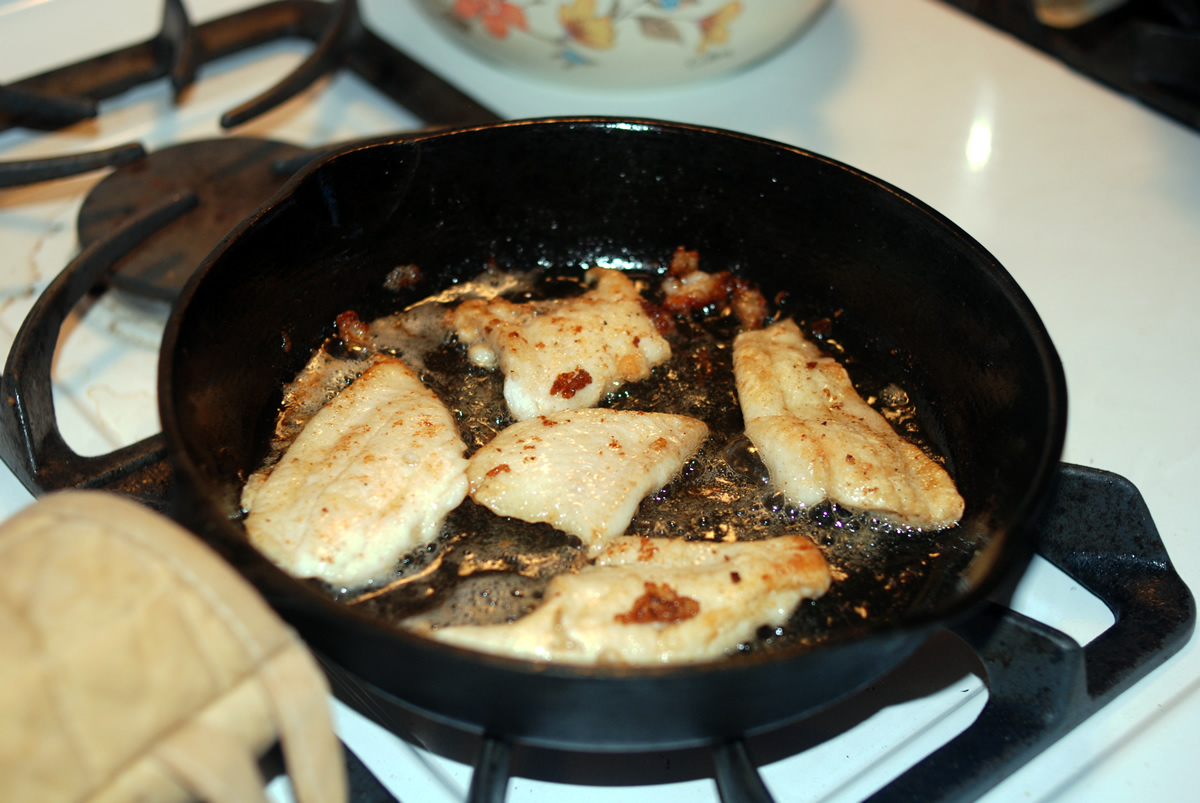 Fry and drain the flounder on paper towels.

We served the girl's catch of the day fish fry with what else? - Fresh local Jersey corn, tomatoes, mozzarella and basil with fresh pressed extra virgin olive oil and aged balsamic vinegar. A nice bottle of  Chardonnay completed the meal. 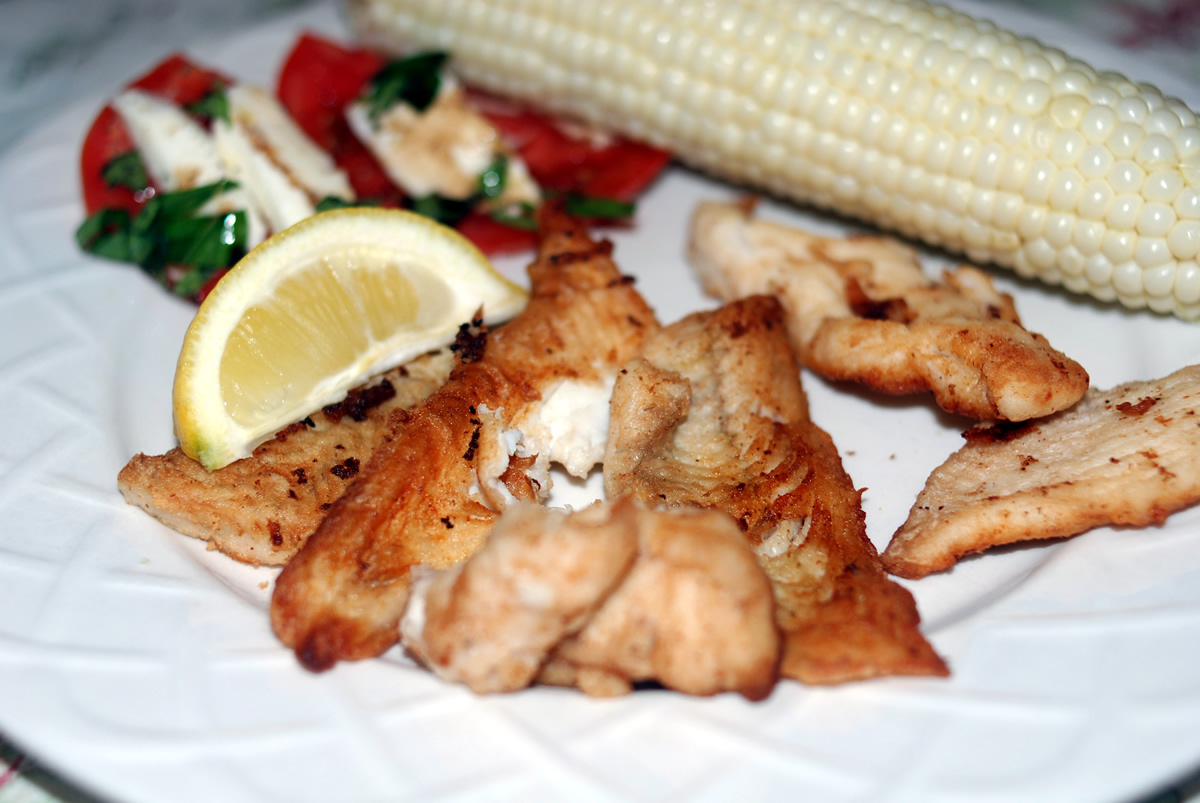 Everyone enjoyed the meal especially my daughters because they caught the fish. There's nothing like fresh fish right out of the ocean. As my wife said, this meal was "Priceless"!