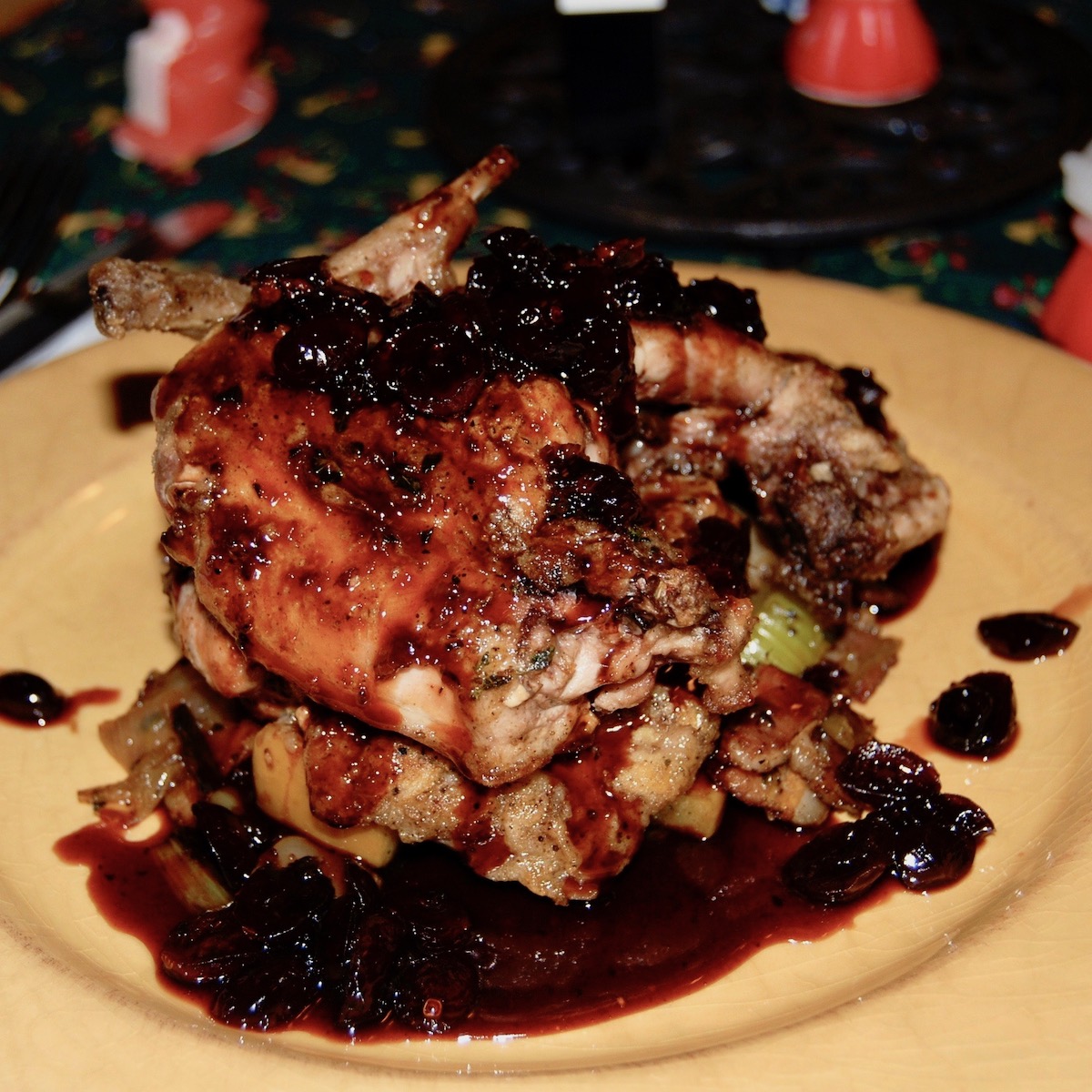 Pan Roasting a Rabbit Is Easier Than You Think

The hard part is finding a rabbit to roast. I am lucky to live in an area where we have a farmer's market.

Eric, who runs Stoltzfus Fresh Poultry at the Ardmore Farmer's Market, not only sells fresh farm chickens, eggs, ducks and turkeys, but he also has rabbit. They are sold frozen, but that's fine with me.

I purchased one to prepare Rustic Rabbit with Sage and Pancetta from Marc Vetri's cookbook Il Viaggio di Vetri, but never got around to it and left it in the freezer for another time. But when I heard my friend David Berkowitz. from Utah was visiting, I pulled it out of the deep freeze to thaw.

David B. is one of the first people I met when I lived in Park City, Utah. At the time, he owned a local business that supplied local restaurants with high-end produce, mushrooms and cheeses.

His business expanded to become the best local gourmet store in Park City. A few years later, David opened a restaurant on Main Street and is now designing high-end kitchens for local residents.

David knows a lot about food and is also a wonderful cook, so when I told him we were having rabbit, he rummaged around my refrigerator and pantry and together we made this incredible dinner. 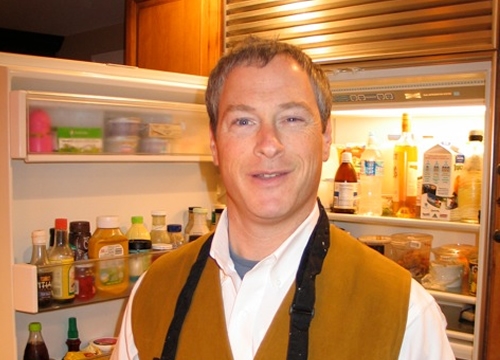 We didn't measure anything, so I'm guesstimating the amounts. With this dish, though, I really think it is more about the technique (see my web page on pan roasting) than an actual recipe.

You can look through your cookbooks or go online for exact measurements, but I do recommend you experiment with ingredients you like and have on hand or are seasonal.

You may be a little "reluctant" about eating rabbit, but remember, it is one of the more popular meats eaten in countries like France, Spain, Italy and Germany. Years ago, before the advent of industrialized meat production, rabbit was an important food source here in the United States.

Rabbit compares to dark meat turkey when it comes to calories and fat, and it is a good source of protein. It costs about $4 to $6 per pound, so it's not nearly as expensive as red meat.

You'll typically find it labeled "Fryer" or "Young" rabbit and "Roaster" or "Mature."  The young rabbit usually weighs in between 1 - ½ pounds and 3 pounds while the mature rabbit weighs in over 4 pounds and is over 8 months of age.

The difference between young and mature rabbit can be found in the meat's grain and color. The young rabbit has a fine grain that is much more tender than the older, coarse grained, darker mature rabbit.

The younger rabbit can be grilled, sauteed or roasted whereas the older rabbit is better braised or stewed.

It is mild in flavor making it a perfect conduit for a flavorful sauce like the pomegranate reduction sauce we made. The texture is very similar to eating chicken or turkey.

3 Parts to Our Recipe

Like I mentioned earlier, we were just winging this recipe with whatever we could find in the refrigerator. There is the rabbit that we pan roasted, the sauce made from a reduction of chicken stock, and a sort of ratatouille that we used as a bed to serve the rabbit on top of. 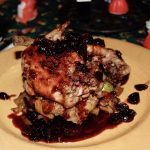