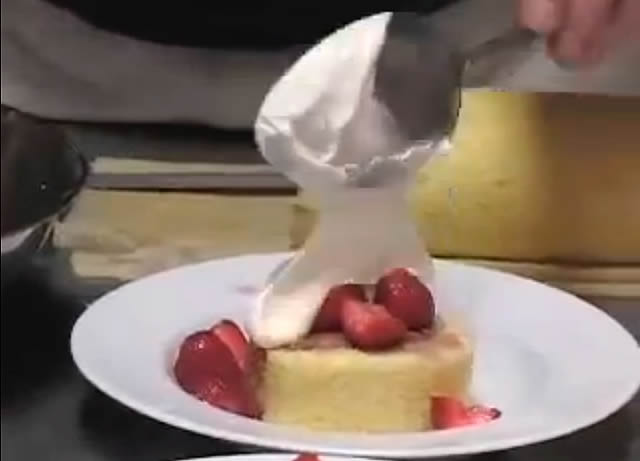 I wanted to treat you to more of late Chef Robert Reynolds. I was reading his web site and came across this paragraph where he was discussing preparing an elegant but simple fish dish. He served it with three garnishes but each garnish added only one flavor.

He said, "The first garnish is a simple sauté of onions, cooked without browning until they are soft and sweet. They are garnished with lemon rind that has been blanched and then cut into threads. The slivers of lemon rind disappear into the onion compote; you don't see them, but are surprised to discover the little burst of lemon they offer when you bite into them."

These are the morsels of information I want to learn more about. What a simple technique described so well you can almost taste it. Can you imagine attending his cooking school, Chefs Studio, and getting 8 weeks of this kind of knowledge? I do.

I also wanted to share with you Chef Reynolds' first cooking video, giving you a glimpse of who he is and how he works. It is berry season at the time and he is making a Genoise Cake covered with strawberries that have been mixed with honey, marmalade, red wine and heavy cream.

Genoise cake is basically a sponge cake except the egg yolks and whites are NOT beaten separately. It's of Italian descent and gets its name from the city of Genoa. Instead of using any kind of leavening agent, it gets its volume from the air suspended in the batter while mixing.

Here's Chef Reynolds' version of Strawberry Shortcake. To view the video, click here or on the image. 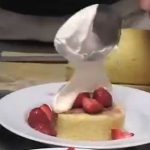