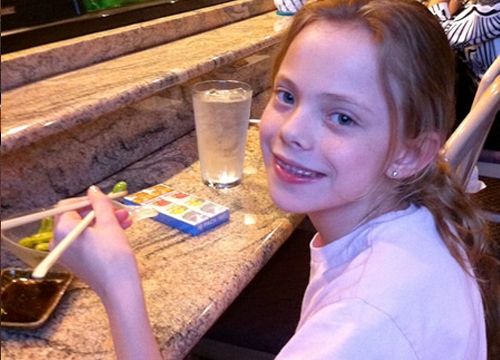 Eating Sushi with my Daughter

These photos were taken with my iPhone so they may be a little out of focus but you get the point. 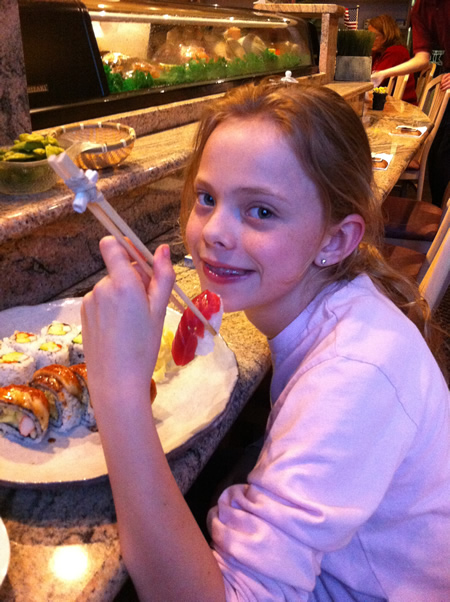 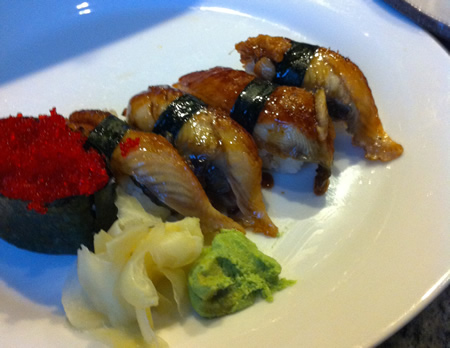 Last night my wife and oldest daughter went to the Phillies game against the Colorado Rockies. (Phillies won 2-1, yeah) I had the pleasure of taking my 11 year old out for some sushi. My girls as you can imagine have been introduced to a variety of foods but I am always surprised when I see them eat sushi. My oldest loves the salmon eggs, my youngest fresh water eel.

I remember last year in Park City when my oldest daughter Nell ordered a piece of salmon eggs sushi and using her chop sticks, ate each tiny egg individually. I just watched her in her delight.

What also amazes me when I take the girls out for dinner is how grown up they act. At home, there is often a little whining about the meal, "Daddy, I don't like this" or "Why are you making me try this?"

When out in a restaurant, stick it in front of them and it's gone. Last night I thought I ordered a few too many pieces of sushi but we ate every one. I would pick a piece of California Roll and Maddie would grab one too. I choose a water eel sushi, Maddie did the same. I drank a little hot saki, Maddie did not.

My Daughter's Movie Cost of a Soul Opens Tomorrow 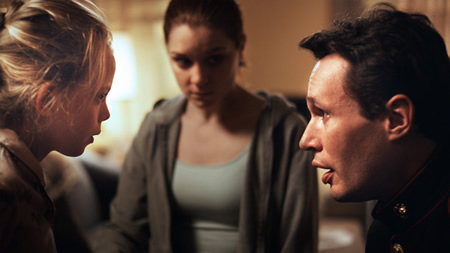 On a side note, my daughter Maddie was in a movie called Cost of a Soul that opens tomorrow at 50 AMC theaters around the country. This is truly remarkable because Cost of A Soul is a very, very low budget independent film written and directed by Sean Kirkpatrick, a rising star in the film industry.

The story takes place here in Philadelphia about two veterans who were "returning home from war to discover the home front is nearly as grimy as what they left behind."  It is a tough, realistic movie about life in the streets of some very tough neighborhoods in Philadelphia and Sean examines how destructive gun violence can be on these two families.

My daughter Maddie's character is Hope, whose movie dad is one of these soldiers returning home who doesn't know his daughter has Cerebral Palsy.  Maddie does have CP and limited acting experience but Sean wanted the authenticity of a child actor with a disability. He took a chance with Maddie but I think he's thrilled he did. She is very believable in the film.

This is not a typical feel good Hollywood movie. In fact, most people are a little down after seeing it because of the reality of the situation. We didn't even let Maddie see the movie at its Philadelphia premier. Yet it received rave reviews for its direction, cinematography and incredible acting.

So to support the movie and my daughter, I wanted to let everyone know it is opening around the country tomorrow and where to learn more about it and see the trailer that includes some scenes with Maddie. Go to Cost of a Soul 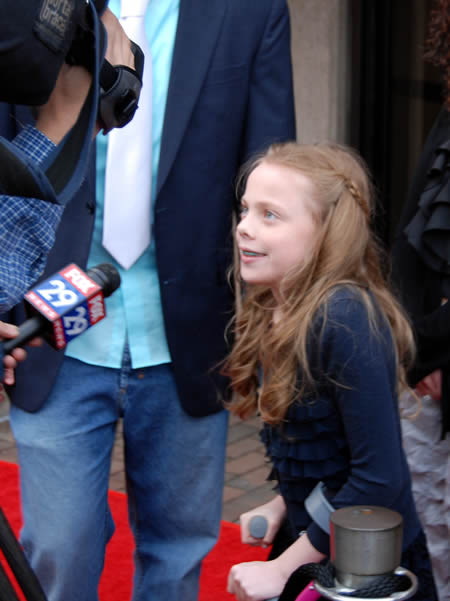 « What Do You Want Me To Write About?
Food Photographer Marc Matsumoto »