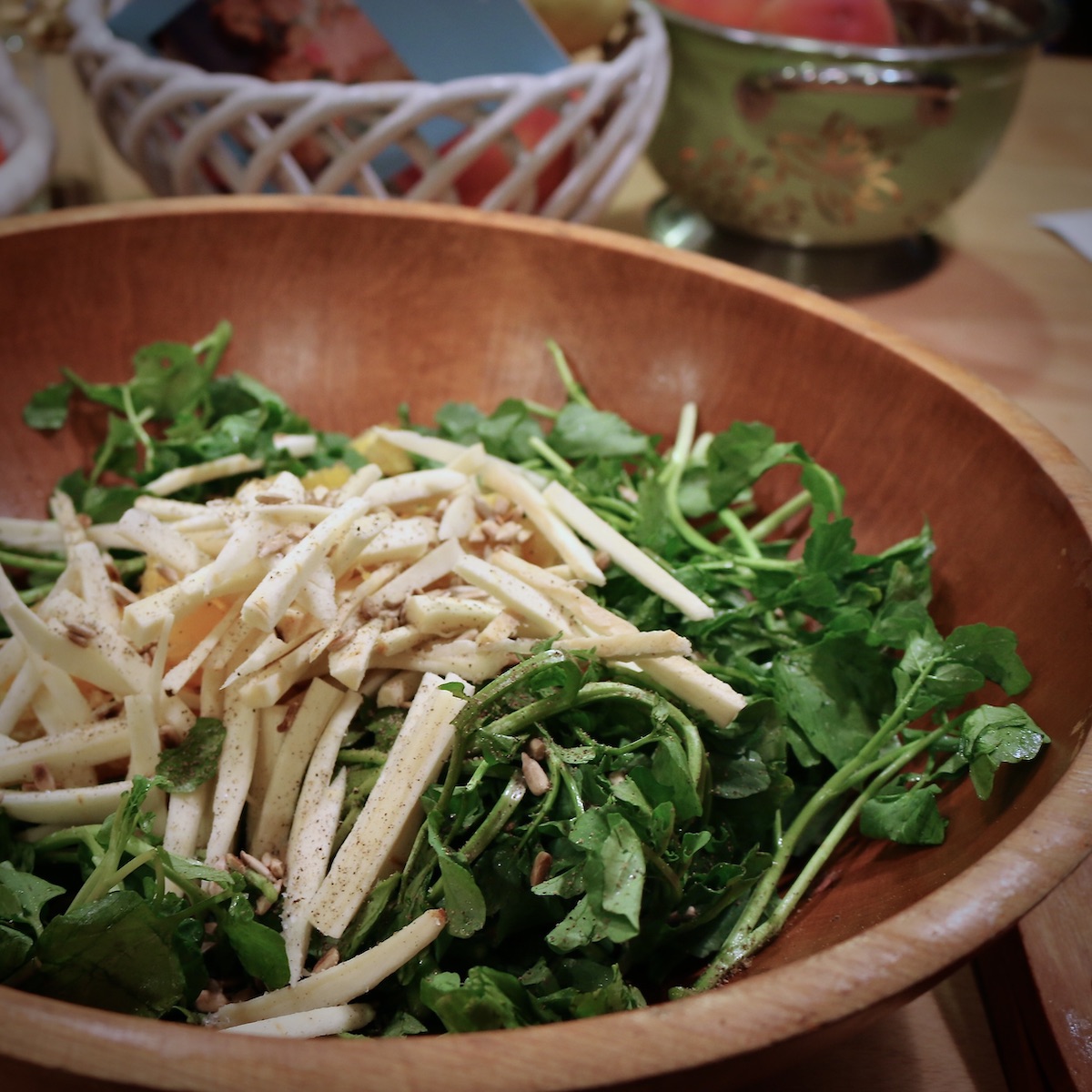 A Recipe for Watercress, Oranges, and Parsnip Salad

This recipe for watercress, oranges, and parsnip salad came from our friends at Blue Apron and is part of a glazed salmon meal we prepared this week. The salmon was incredible, but we all enjoyed this simple watercress salad recipe served as a side dish (even for the kids).

At first, I thought we were missing a starch, but my kids quickly reminded me of the parsnips in the salad. Thank you very much, girls.

This is the first time I've used watercress as a main salad ingredient. I've been served watercress in restaurants but more as a garnish, so I wasn't sure how this would work out.

It turned out fine but if you are serving it to kids, cut it up a little, so there's no chance of choking on the long strands.

Did you know watercress is one of the oldest leafy vegetables consumed by humans?

Rich in calcium, iron, folic acid, vitamin A and vitamin C, there are several studies out there professing its health benefits, but I'll leave it up to you to follow up on that research. It is an aquatic plant, so look for it near freshwater springs and streams.

You see it is used a lot in soups or mixed with other salad greens. It is often added to finger sandwiches served at tea time in Britain. Because it is an aquatic plant, clean it well before serving.

A simple orange vinaigrette is served with the salad. The recipe calls for fresh orange juice, and I recommend you do too, but if you don't feel like juicing an orange, I'm sure store-bought orange juice will work just fine.

Don't add all the dressing in one pour. You can always add more, but it's hard to remove it after adding too much. Add some, taste, and add more if necessary. 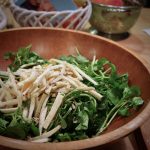 To Make the Vinaigrette