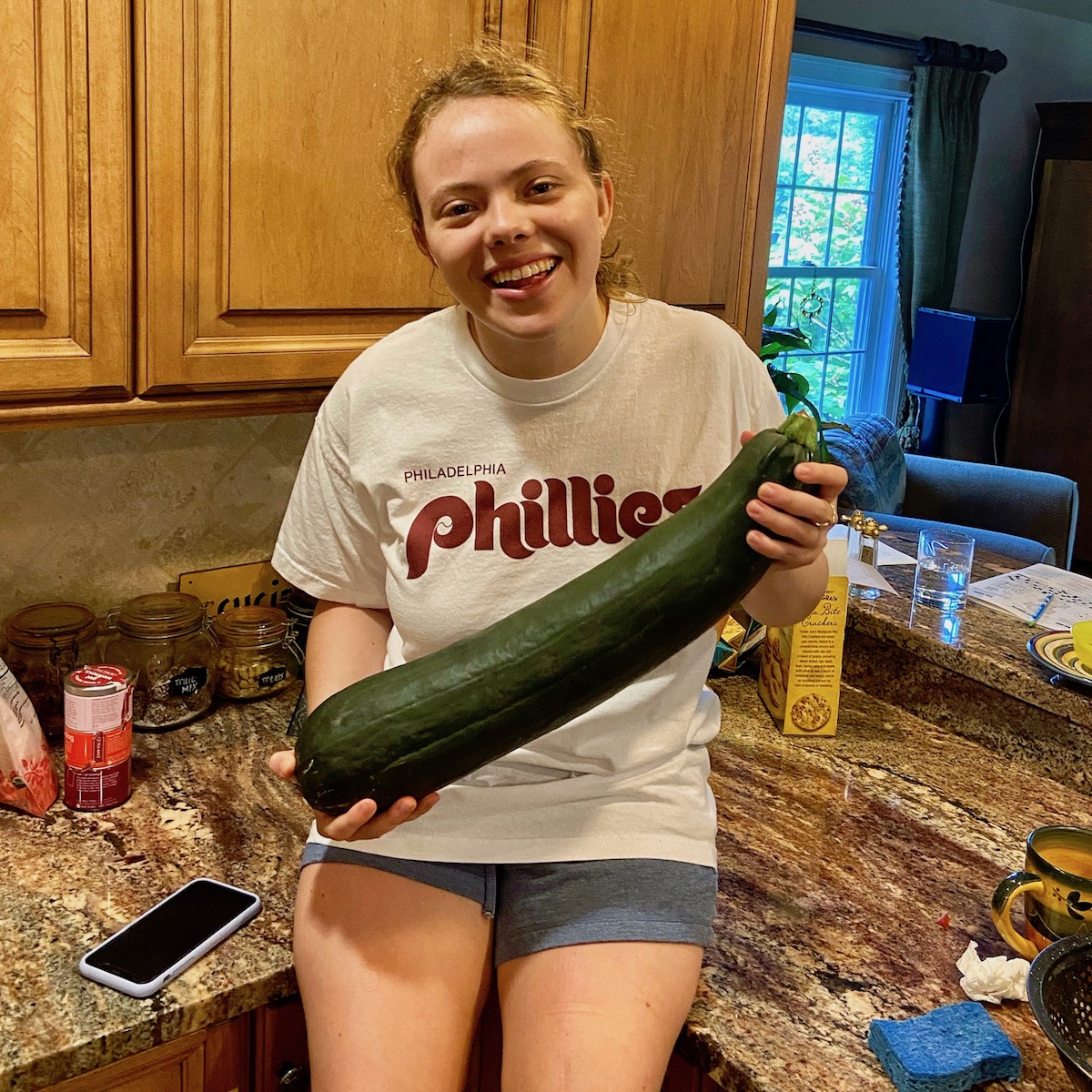 Last weekend we traveled to Wellsboro, PA in Tioga County, home of the Pennsylvania Grand Canyon.  While the primary purpose was to bike a 16 mile stretch of the Pine Creek gorge (mission accomplished), it also turned into a bit of a foodie weekend.

It all started with a call from our host while we were en route, checking to see if we “liked lobster” HA!  Do we ever!

His neighbor had returned from Maine with a cool dozen and was looking for some eating buddies, so the four of us teamed up to demolish half the supply along with an at least equal amount of fresh picked corn – best of the summer in our opinion.  A strong beginning.

The next day’s fare, after some paddling on a local lake, included a variety of lettuces, potatoes, peppers and tomatoes that we picked from the garden just before cooking.  It doesn’t get any fresher than that.

The peppers and potatoes grilled up nicely with chicken and the lettuces and tomatoes made a great salad.  The next night was similar but with a taco theme.

The one thing we didn’t include in our weekend cooking was zucchini, which surprised me because there were a number that had been picked and were just sitting out on a picnic table.  But when we headed to the car to leave, our friend handed me one for the road – a 6 lb. beauty.

A clear violation of our “never eat anything bigger than your head” rule (tip of the hat to cartoonish B. Kliban).

What to Do with a 6 Pound Zucchini

I know the zucchini was 6 pounds because I weighed it to the ounce.  In fact, initially I couldn’t weigh it on our kitchen scale because it was too heavy, so I had to cut it in half.  Too bad, it would have been useful as a light weight for our workouts.  Once we knew what we were dealing with, we had to figure out what to do with it and ended up using it in four different ways.

The first was a no-brainer – zucchini bread.  Our recipe made two loaves, one of which went directly to the freezer and the other we have enjoyed toasted with cream cheese or alongside chicken salad.

The second dish was borrowed from my well-worn Moosewood Cookbook that I’ve had since the mid-70’s (because what better resource for all things zucchini??).  I was looking for something to serve alongside an Onion Dal recipe we were making from my newest cookbook Indian-Ish so I wanted to keep it light and simple.

We ended up making the Zucchini-Feta Pancakes, which fit the bill perfectly.  Of course, one night we just grilled zucchini rounds after slathering them with olive oil and my favorite Morton’s Nature’s Seasons. 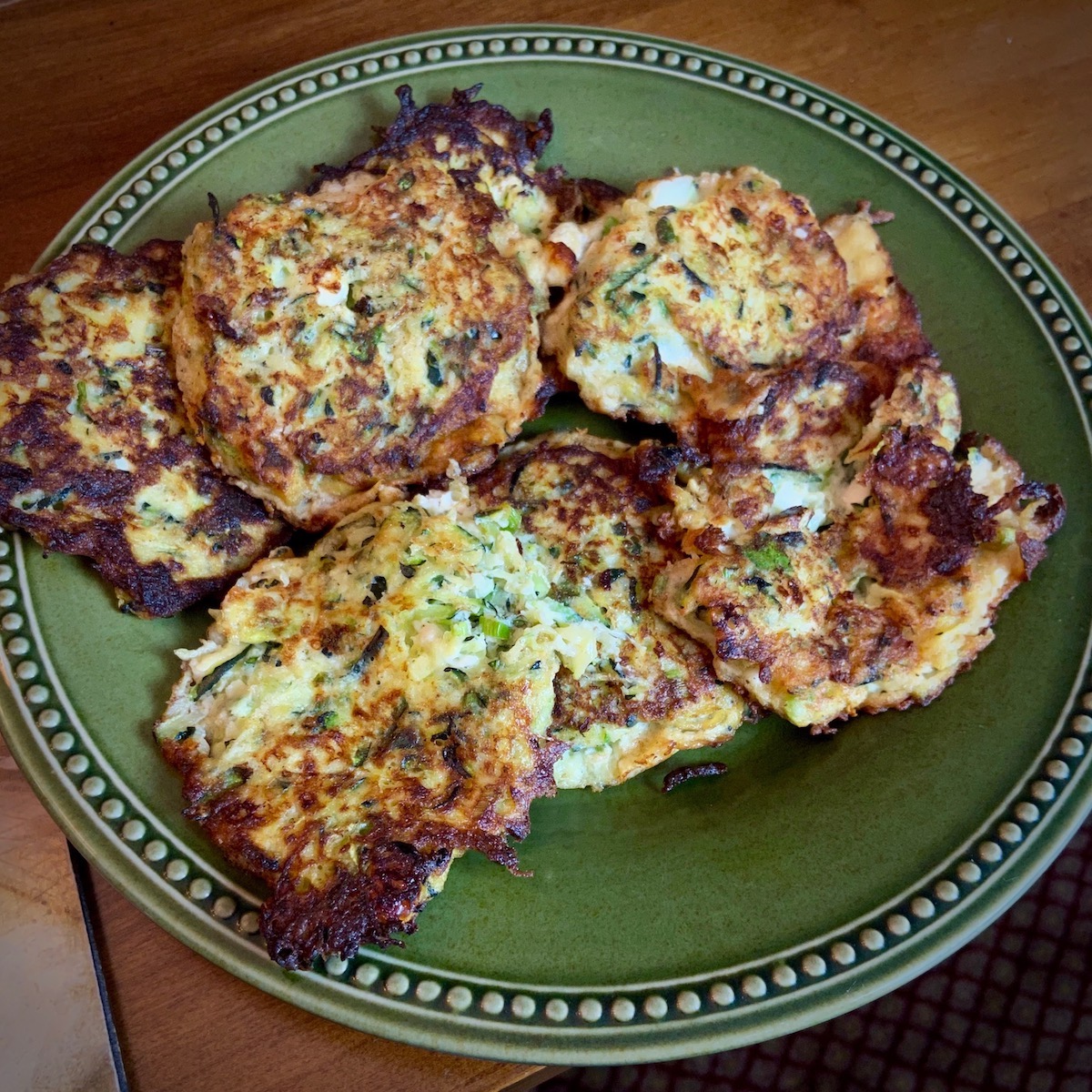 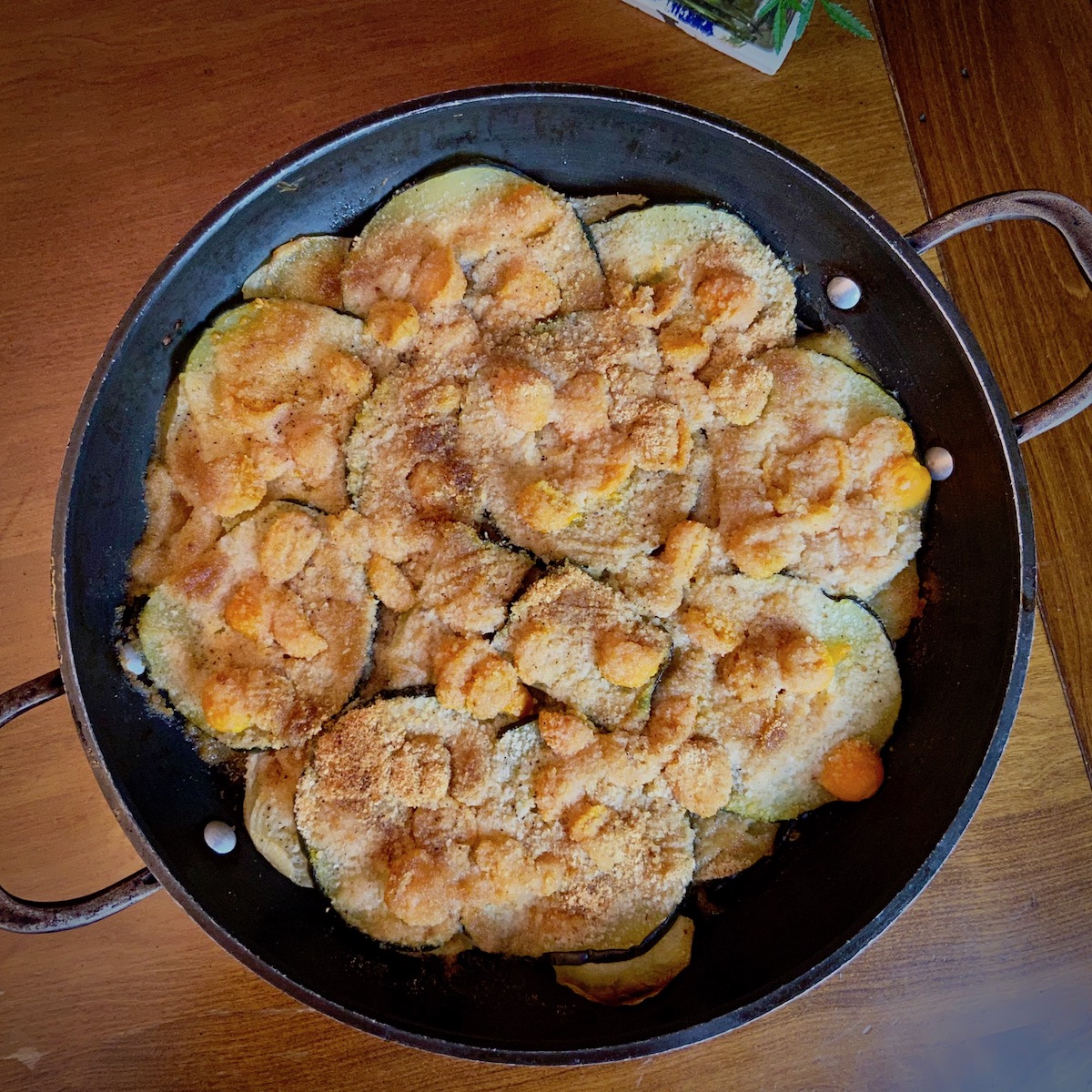 We ventured away from familiar territory with our fourth zucchini dish.  I had come across an interesting dish called Tian that I set aside for future reference.  A Tian (tee·en) is defined as a “dish of finely chopped vegetables cooked in olive oil and then baked au gratin” but I left the cheese out and just used bread crumbs.

It’s a really easy layered casserole of onions, potatoes, zucchini, tomatoes and bread crumbs; sort of a variation on a ratatouille theme.  It especially appealed to me because you don’t have to prep everything in advance.

In fact, slicing as you go creates space for cooking-as-you-go.  All you need is an oven proof skillet with a lid, and ideally a mandolin to ensure consistent ¼ inch slices.

In short, you melt some butter in the bottom of the skillet over medium-low heat, then add ¼ inch slices of peeled potato to cover the bottom of the pan without overlapping.  Sprinkle olive oil, salt and pepper on the potatoes and cover while slicing the onion, also to ¼ inch.

(I should note that I substituted the salt and pepper with Nature’s Seasons and it added some nice flavor.  That said, I think you could add any spice you want or even fresh herbs that you have on hand, in between the layers.)

The onion slices are layered similarly, topped with olive oil and salt and pepper, and covered to continue cooking on the stove-top.  Now you slice the zucchini into ¼ inch rounds (all of this is made easy with a mandolin but a knife will do just as well) and repeat the process but with a little bit of overlap on the zucchini.

My rounds were huge so I didn’t need too many to achieve a full layer.  More olive oil, salt and pepper.  Then repeat the whole process!

In between making the first potato-onion-zucchini layer and the second, you blanch about a cup of cherry tomatoes and remove the skins.  I used yellow because that’s what I had but any color will do.

Once you’ve created the second layer, you can preheat the oven to 375°F…. all while the skillet is still covered and on the heat.  Before popping the dish into the oven for 30 minutes (no lid), top it with the tomatoes and breadcrumbs.

When it comes out of the oven, cover it again and let it sit for an hour or so.  Like all casseroles, it gets better with time.  We ate this as a casual supper while watching the U.S. Open and it was plenty of food on its own. 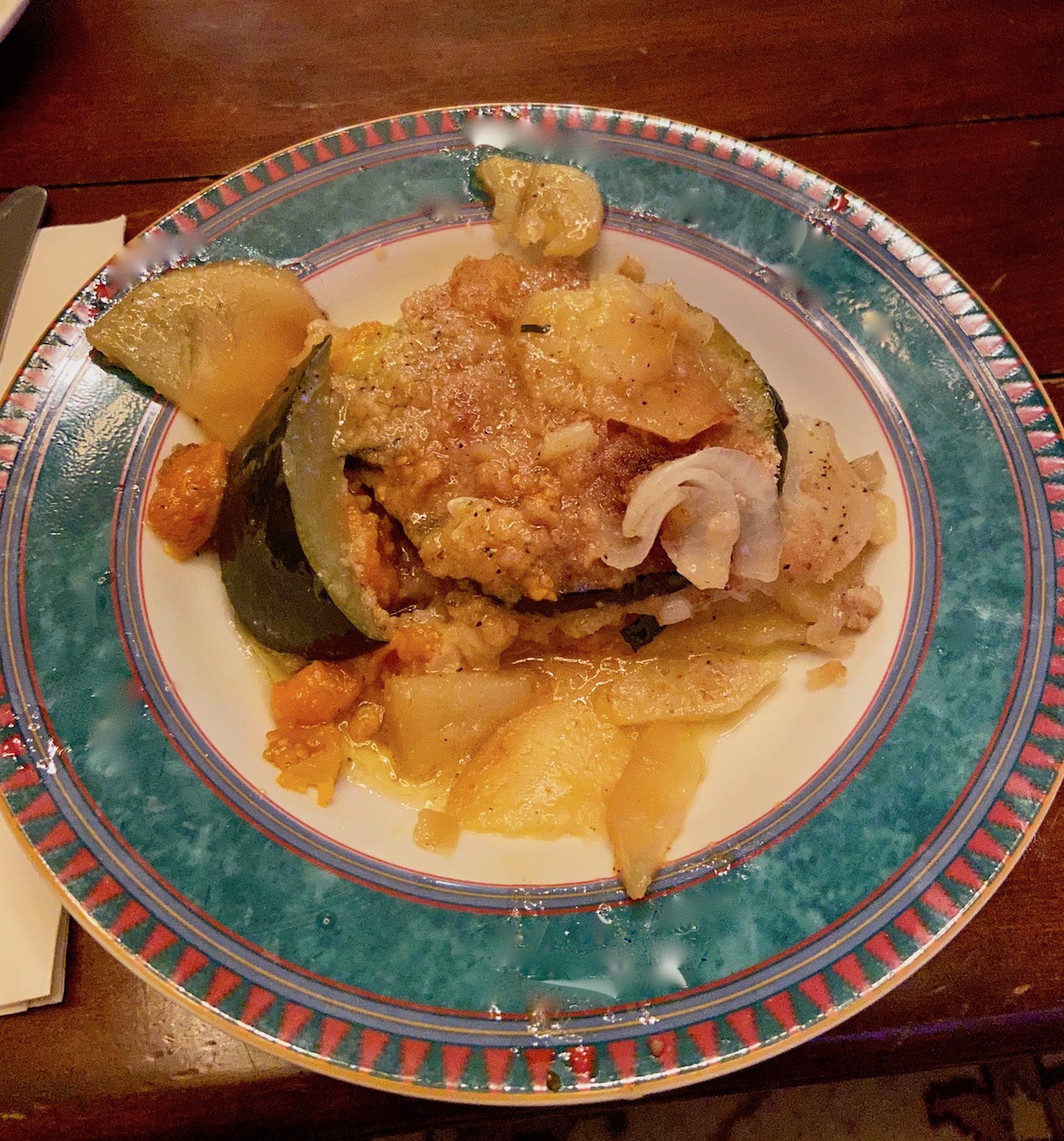 What to Do With Leftover Tian

We enjoyed it the next morning, reheated and topped with a poached egg, and later this week RG will incorporate what’s left into a dish his mother used to make with cubed pork tenderloin called Danish Biksemad Hash Recipe.

Who ever thought zucchini would be the gift that keeps on giving?! 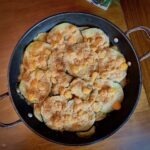