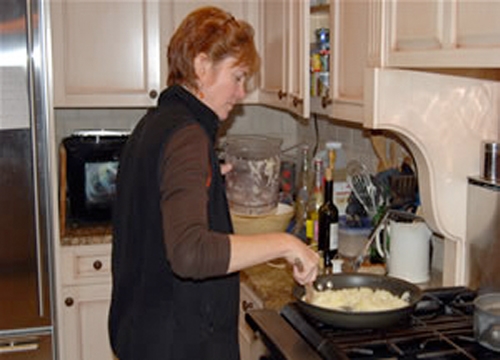 Have you ever wondered what it would be like to cook in a professional kitchen?

I think Thanksgiving was a great opportunity to get a small but meaningful feel for it.  If you were responsible for preparing the Turkey feast for let's say ten people, imagine what it would be like to cook for 10 or 15 times that many?

I'm not a professional chef but I've been behind the scenes of a kitchen or two to witness the excitement and feel the energy that goes into to putting out great meals to large numbers of people. It's very similar to what I've felt and experienced this and every Thanksgiving but in a smaller way.

In fact, this Thanksgiving, my wife was in charge and I was her sous chef (second in command), but there was plenty for both of us to do starting two days before the big meal leading right up to when we served dinner.

The plan was to cook for the four of us plus a couple of my wife's friends who were visiting for a total of six but then some local friends were available and decided to join us for a total of ten. Didn't matter, we were going to cook the same amount of food anyway.

The only part of the meal we didn't prepare was dessert. Instead we purchased three pies from our kid's school, the money helping to fund a class trip".

How Did the Meal Turn Out?

The meal was outrageous and much different from many of our past Thanksgiving dinners. Although most of the ingredients were the same, the combinations and flavors were just a little more, how should I say, more unique and flavorful.

None of the recipes were that difficult to prepare alone, but the challenge was putting it all together and getting the dishes out at the right time.

Just like I've seen at professional restaurants, we started early prepping the ingredients, building up the pace throughout the morning to about midday, a little calm right before putting it all together and then really working fast and hard to finish the recipes, put on any finishing touches and getting the food out onto the table.

I'm sure you had similar experiences. Cooking a big Thanksgiving dinner is a two or more day event and by the time you are ready to serve the bird, you are flying around the kitchen doing ten things at once.

Now just imagine instead of doing this for just 10 people, you were cooking like this for 150 people six nights a week. It's why I like writing about food and didn't go to culinary school.

So next time you are in a busy restaurant that puts out a great menu with lots of choices and you really enjoy your meal, think back to your Thanksgiving dinner for 10 and you'll have a much better appreciation of what it takes to be a professional cook. 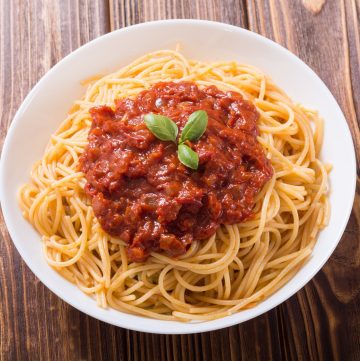