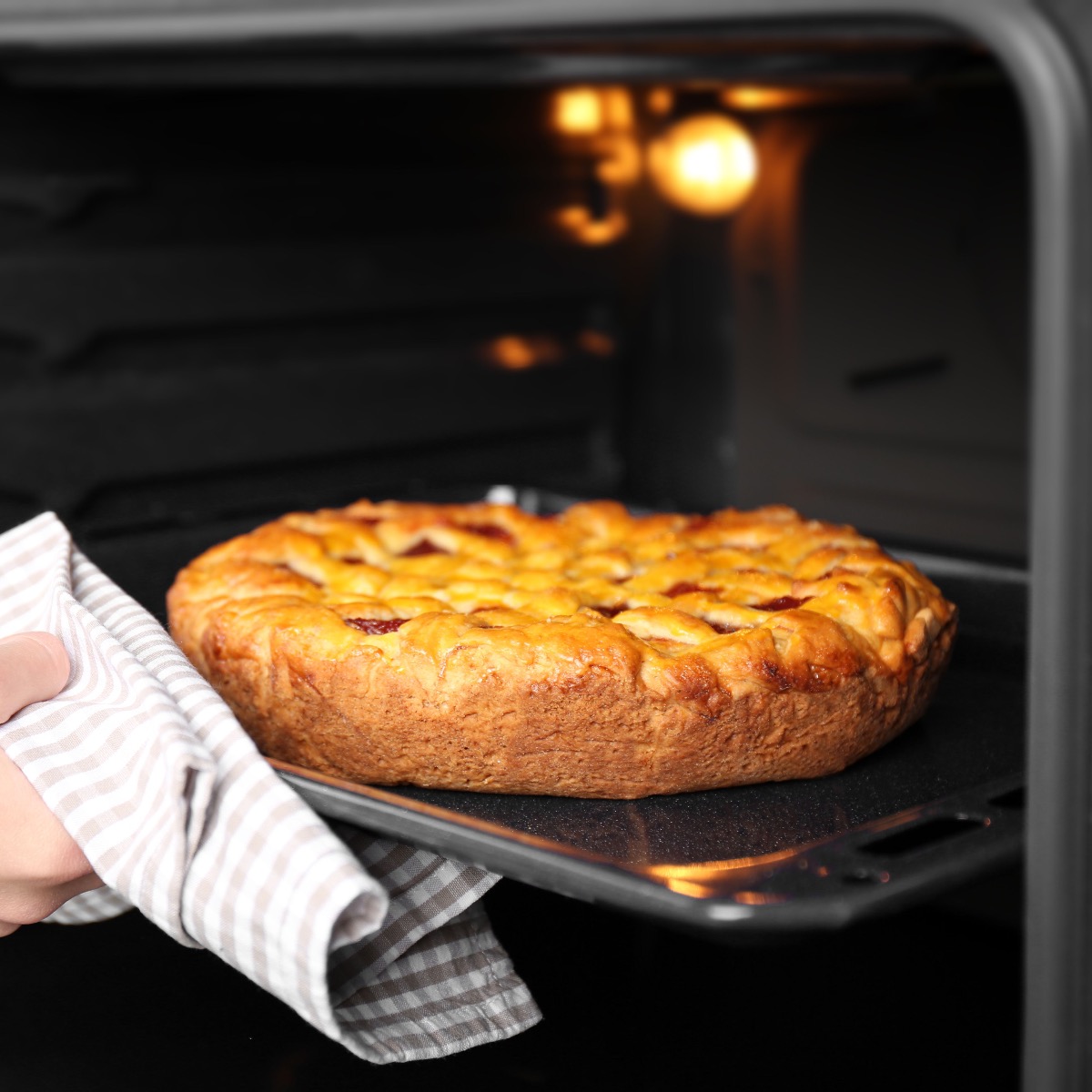 The short answer is "No."

But it really isn't as simple as all that. Baking and roasting are both dry heat cooking methods. This just means that heat is not transferred through a liquid medium during the cooking process. In modern times, we assume that baking and roasting both occur in ovens.

Joy of Cooking defines roasting as a specialized type of baking. Roasting is almost always done in an open pan; that is, the food to be roasted is uncovered. Often, when roasting meat, you place it on a rack so it doesn't sit in its own juices as it roasts. The rack serves as a suspension system whereby the meat is "suspended" in the oven over a pan (shades of spit roasting in days of yore).

There also seems to be a convention associated with the terms "bake" and "roast." Although the two identify almost identical cooking techniques, in the modern kitchen anyway, "baking" is most generally associated with breads, cakes, pies and casseroles while "roasting" is what you do to meat or vegetables or garlic.

Roasting often starts at a higher temperature to create a "crust" on the outside of what is being roasted. Then, the temperature is reduced for the remainder of the cooking time. This is also the case when baking pate a choux (for cream puffs or éclairs) and some breads. In these similar cases, the identical cooking process (high temperature reducing to a lower temperature) is employed for different reasons.

In the roasting example, you're trying to encourage exterior browning and caramelization of the target food before decreasing the heat and finishing gently. In the baking example, you need an initial burst of intense heat to encourage an expansion of air to make the pate a choux puff up or to encourage optimum oven-spring in the bread (the yeasts' last hoorah).

Then, the temperature is reduced to set and dry the structure of both the pate a choux and the bread. 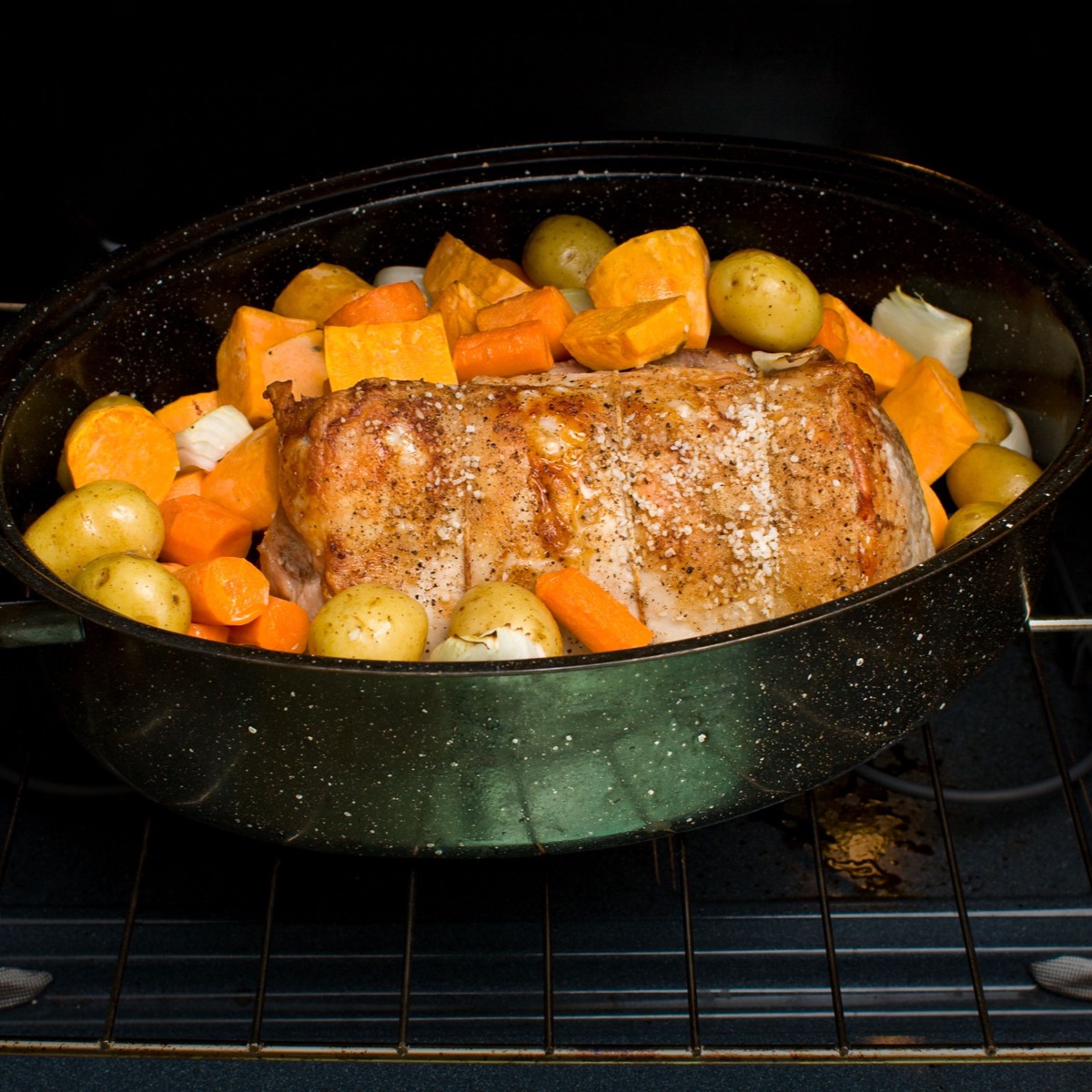 So, while roasting and baking are almost identical methods of dry heat cooking, the terms roasting and baking apply to two different kinds of foods. You generally roast food that has structure already, solid foods such as meats and vegetables. You generally bake foods that don't have much structure until they are baked: cakes, breads, pies, casseroles, creme brulee, etc.

In other words, you bake leavened items - items that "puff up" or "rise" during the cooking process. In baking, aside from just "cooking" the food, the goal is to either create steam or expand air pockets within the target food.

Most foods that we roast contain less "empty space" than foods that we bake. These foods are, by and large, already solid. The primary goal of roasting then becomes transferring heat from the surface of the food to the interior at a regulated pace to ensure crusty goodness outside and juicy, tender doneness inside.