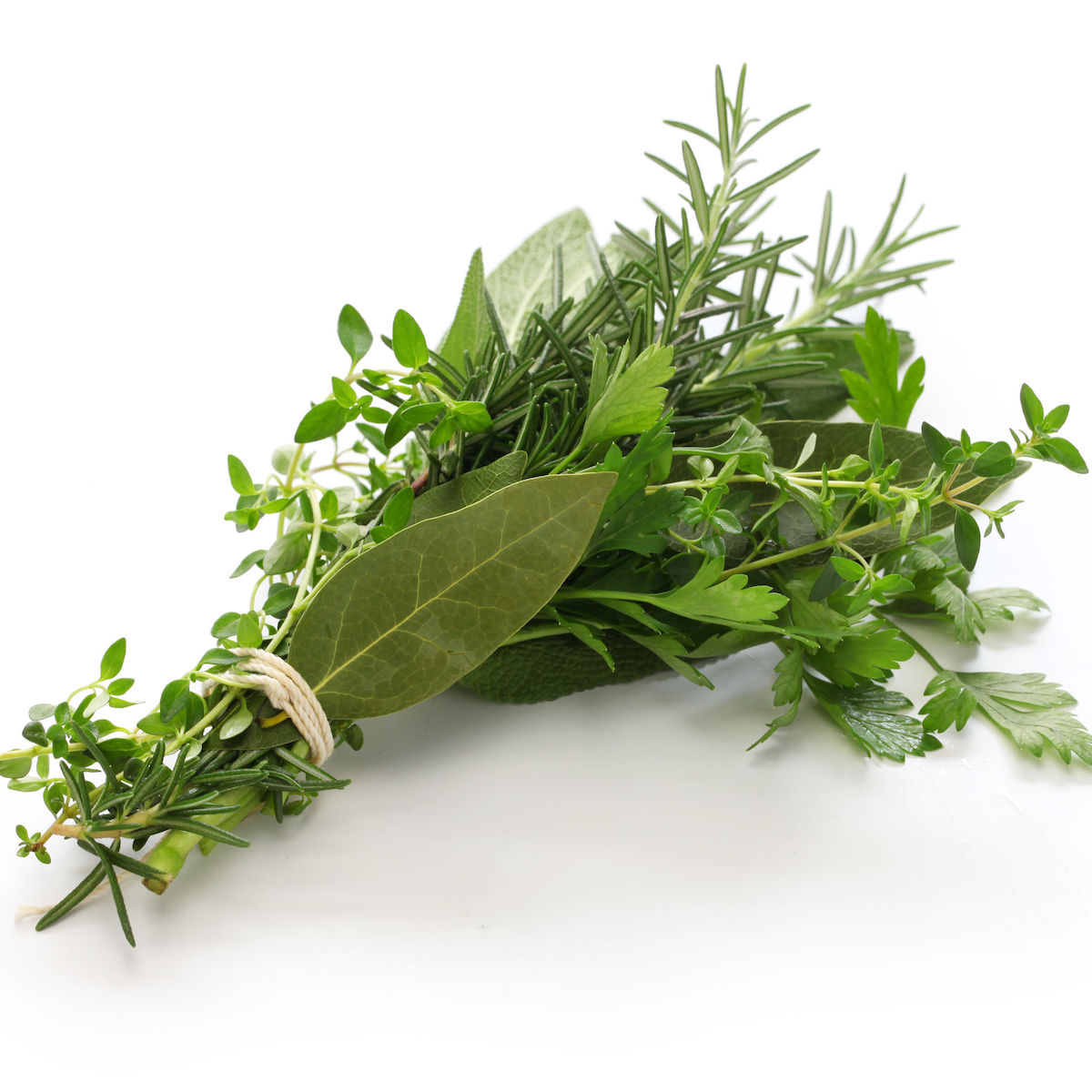 When I hear a recipe call for bouquet garni, I immediately think of a bouquet of flowers. I know what it is, use it often when preparing soups and stews, but often get comments from readers asking more about it.

The term bouquet garni is French for "garnished bouquet" and consists of a variety of herbs that can be tied into a bundle especially when fresh or placed in some cheesecloth and tied with some kitchen twine. I even bought little cheesecloth pouches especially made for bouquet garni.

This is one of those terms that you may or may not be familiar with but is fun to say. Bo-kay' Gar-knee.

What Herbs Are In Bouquet Garni

Although there is no set rule for what herbs and sometimes spices go into Bouquet Garni, the most common are bay leaf, parsley and thyme. Saying that, I've seen recipes calling for every herb or spices you can think of depending on what you are preparing:

Not only are herbs used when making a bouquet garni, sometimes you may find vegetables including:

What's important to remember, you want to match the herbs and spices with the foods you are cooking. You want the herbs to go with the meat or chicken or fish but also with each other.

How Is Bouquet Garni Used?

Most often I've used them for making soups, stews and stocks, although I have tried them when making sauces. The idea is to add flavor to whatever you are preparing, then removing and discarding the herbs or tied up satchel when done.

A bouquet garni is good for a one time use. The herbs - whether dried or fresh - give up their flavor and can make a soup or stew messy if not tied together or bundled in a sachet (bag of spices) and removed when done cooking.

Now when you are eating your delicious soup or stew, you won't be tasting bits and pieces of herbs floating around the meal. Nobody wants to pick out a dried stem of parsley from their food.

Save the Stems - Don't Throw Them Out

Now when a recipe calls for just the leaves of parsley, cilantro, rosemary or other herbs, you don't have to throw away the stems. Save them and use them for making a bouquet garni. If you aren't going to use them for a while, toss them in a zip lock bag and store in the freezer until you need them.

Some of My Recipes Using Bouquet Garni 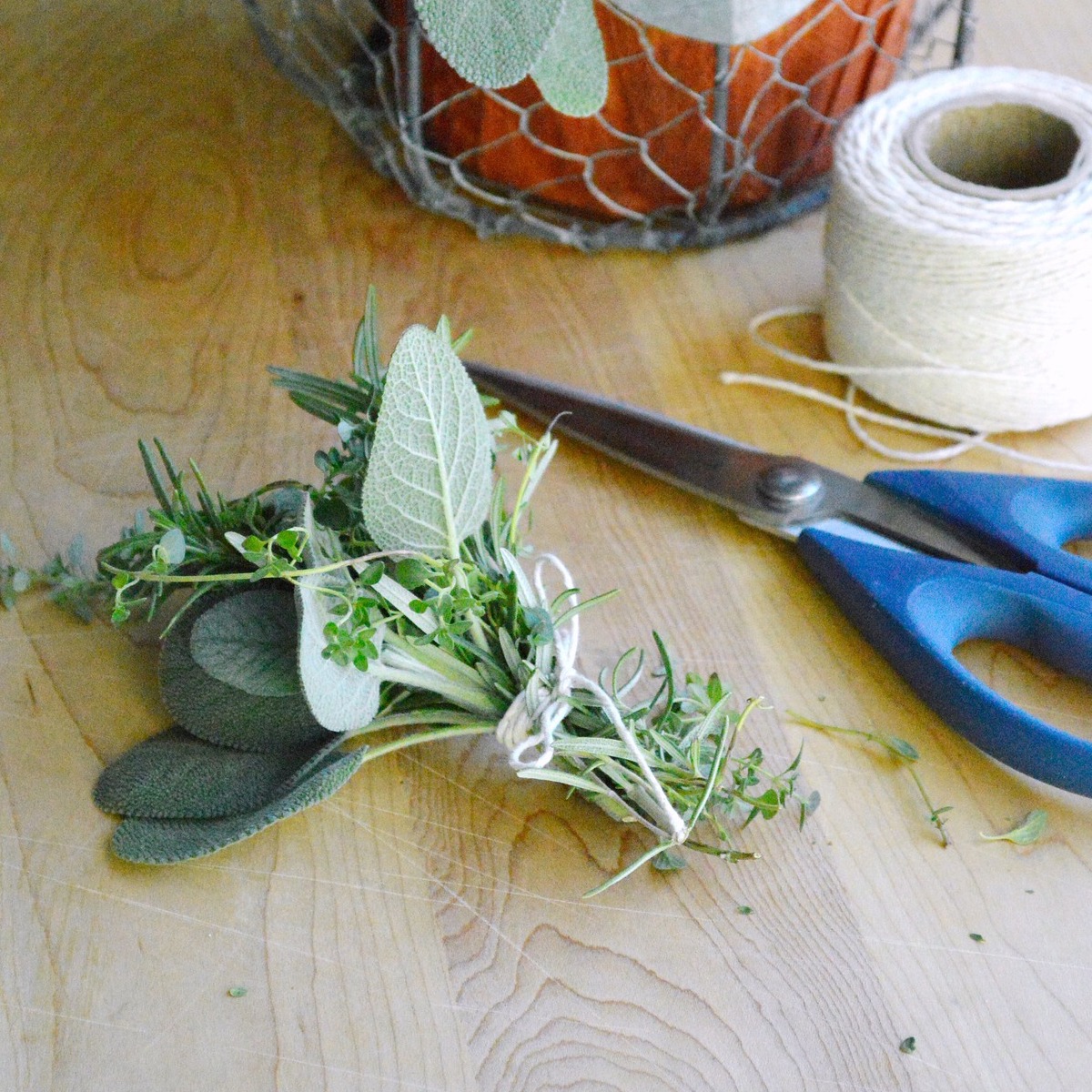 How to Make a Bouquet Garni Using Fresh Herbs

Choose fresh herbs that will go with the dish you are cooking. Most times, a recipe will give you the ingredients to use in the bouquet garni but if they don't, try a classic blend of parsley, thyme and bay leafs.

Bundle the herbs together so they are nice and neat, then tie them together using kitchen string or butcher's twine. (In a pinch, we have been known to use unwaxed dental floss.)  Make sure they are nice and tight or they will come loose while cooking.

How to Make a Bouquet Garni Using Dried Herbs and Spices

Instead of tying the herbs together with some string, you'll want to cut a double layered square of cheese cloth (approximately 4-5 inches square) and lay it flat on the counter. Add the dried herbs and spices to the center of the cheesecloth.

Pick the four corners of the cheesecloth up to create a pouch and tie together with kitchen string. Some folks like to make the string longer on one end so they can more easily find and pull the bouquet garni out of the pot when finished.

I'll mix and match my herbs and spices depending on what I'm cooking but a classic combination might be dried parsley, dried thyme, a couple of bay leaves and around six peppercorns. Again, I suggest you create you own variations depending on what you are preparing.

How Much Fresh and Dried Herbs to Use

It really depends on how big a pot of stew or soup or other recipe you are preparing. Obviously, the more you are making, the more herbs and spices you'll be wanting to add.

The other consideration is how powerful the ingredients are that you are using. For example, parsley is not as strong tasting as thyme or bay leaves so you would use a ratio of more parsley to thyme and bay leaf.