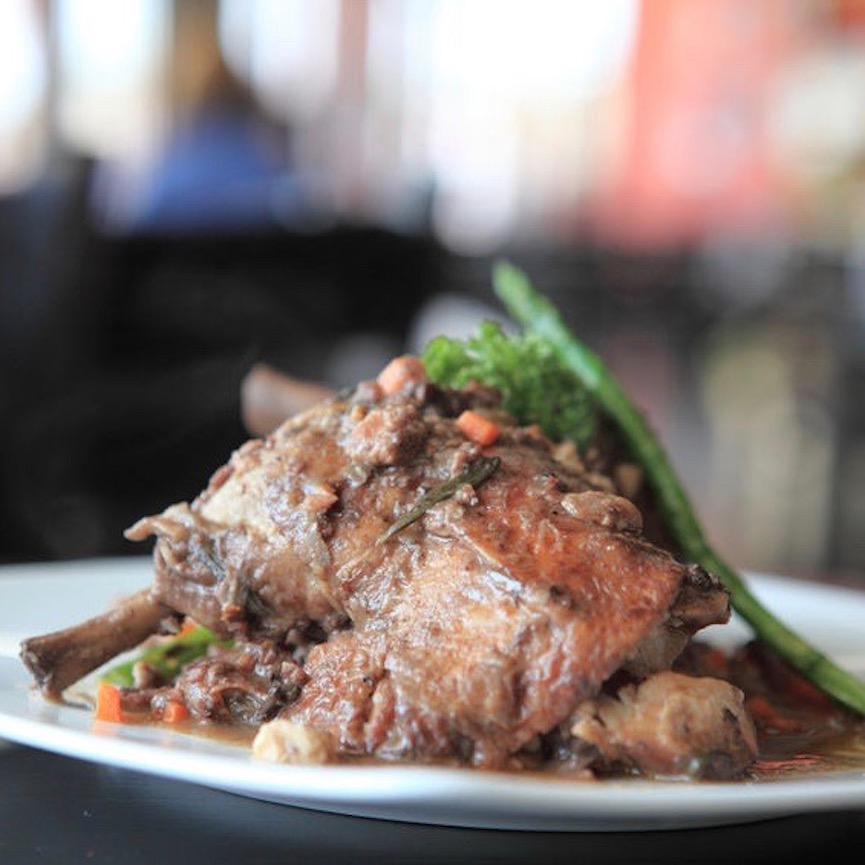 When you think of Coq au Vin, do you think "this must be a difficult French dish to prepare?" If you do, you are making a big mistake. This dish is simple to prepare and very economical.

In years past, the farmer would make this meal with an old unproductive rooster. Today you can't find a rooster in the supermarket, young, old or unproductive. Instead we might try substituting dark meat chicken.

Coq au vin is much more about technique than it is about a recipe. While endless variations are possible, this one happens to be very tasty indeed.

Although as written, this is a two-day process, it is not imperative to refrigerate overnight if you really want to eat it the same day you make it.

How to Make Coq au Vin at Home

If someone asked you to name just one classic French recipe, I wonder how many of you would say Coq au Vin. You see it on the menu for most "authentic" French restaurant and they most likely charge a pretty penny for a dish that is basically mature chicken braised in wine.

In fact, Coq au Vin translates to "rooster in wine" and is a very basic dish that was prepared in most French farmer's kitchens.

I thought it would be interesting to look at this classic dish from a home cook's perspective. I wanted to know more about how this dish came about and why where these French farmers using an old rooster to cook with?

Why do many home cooks think this is a difficult dish to prepare, beside not being able to find an old rooster?

This post will look at some of the early history of Coq au Vin, how it was prepared years ago and how we can make it today. It really is not so much of a recipe, but a cooking technique that once learned can be used to prepare many dishes.

You are going to see legendary cook Julia Child's recipe for Coq au Vin as well as a video of Chef Alton Brown preparing it on TV. There are some polls and a place where you can make comments about anything and everything "coq au vin"

What Is Coq au Vin?

Coq au Vin is one of those dishes that sounds very upper-crust and sort of snobbish, but this dish was conceived on humble peasant farms, not in the palaces of the wealthy. Coq au vin is French for “rooster in wine.”

When a rooster got too old to be useful on a farm (read: he could no longer impregnate the hens), the farmer wouldn’t just keep him as a pet. That would have been considered a waste of a perfectly good rooster!

So what the farmer’s wife would do would be to kill the rooster and cook it. Problem is, an old rooster is a tough rooster, and his meat is full of connective tissue from years of strutting around the barnyard.

In order to make this tough old bird edible, she cooked it at a low temperature covered with wine. Coq au vin is a braise or a stew.

And through braising, that French farmer’s wife was able to make something truly tasty out of nothing but a tough old rooster and a bottle of cheap wine.

As with most peasant foods, it was based on the necessity of not wasting anything – of making something tough and inedible tender and tasty through the use of moist heat cooking methods. It is highly unlikely that the French upper class ever ate coq au vin. They never needed to, as they could always afford more tender meat.

One of the earliest written references to coq au vin comes from L’Art de Bien Manger, or The Art of Good Eating, by Edmond Richardin, in 1938. This seems quite a modern reference, but it is certain that this type of dish was passed down from mother to daughter for centuries in countless farmhouses all across France. As such, coq au vin isn’t so much a recipe as it is a technique.

I’m guessing although it may not have been called Coq Au Vin, as soon as someone threw an old worn out hen or rooster into a pot with a whole lot of wine and slow cooked it over a fire, we had the beginnings of this classic dish.

According to my friend Peter Hertzmann,

“Coq au vin falls into the general classification in French cooking of a fricassée, which is a form of braising. So the concept is very old. I’m sure if I looked through Apicius, I’d find that the Romans cooked chicken in wine.

The first time the actual term coq au vin shows up in print is 1913 and the first printed recipes with the name are a decade later. The rooster appears even later, probably introduced by someone who didn’t know the origins of the recipe.”

According to The Oxford Companion to Food 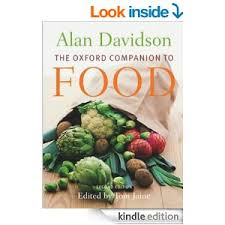 Although Coq au vin is well known and was featured in numerous menus in the third quarter of the 20th century, it does not have a long history. The flesh of a cock has always been regarded as somewhat tough and indigestible, and with few exceptions cooks of earlier centuries saw no merit in cocks except as a source of cockscombs (much in demand as a garnish) and sometimes for making a bouillon.

One of the very first recipes for Coq au vin, that of Brisson published in Richardin's L'Art du bien manger [a periodical] (1913), was presented as a real 'discovery', the author having been surprised to find the dish in Puy-de-Dôme, and surprised by how good it was.

The ingredients in this case were the cock, good wine of Auvergne, bacon, onion, garlic, and mushrooms. Wine from Burgundy has since become the one commonly used, and indeed many recipes just say 'red wine'.

The upsurge of interest in regional cuisines has recently brought to light other similar traditions for preparing Coq au vin. In Franche-Comté the bird is simmered in vin jaune; and in Alsace in Riesling. ln both these regions morels and cream are gladly added if available.

Indeed, knowledgeable food experts no longer speak of Coq au vin in the singular but of coqs au vin in the plural, while acknowledging that these dishes were doubtless simmering away for long years before the first recipes were published and before the gastronomes 'discovered' the virtues of simple country fare.

But Where Do I Find An Old Rooster You Ask

You Don't and Wouldn't Want To

These days, especially here in America, home to large-scale, industrialized farming, it is very difficult, if not impossible, to find an “old rooster” that needs tenderizing. Unless you own your own chickens, it’s probably almost impossible to find a chicken older than 6 months. There are two ways around this problem:

Since we are looking for as much connective tissue as possible to enrich the eventual sauce, I suggest using dark meat chicken quarters, if you can find them. If not, using any combination of thighs and/or legs will produce good results.

Now that we have the rooster stand in figured out, we need to look at how to prepare him. First, consider how we want the dish to taste and feel in our mouths.

The meat should be tender. The sauce should be somewhat thickened and well-seasoned. It’d be nice to have some crunchy bits to contrast with the silky sauce and tender meat. 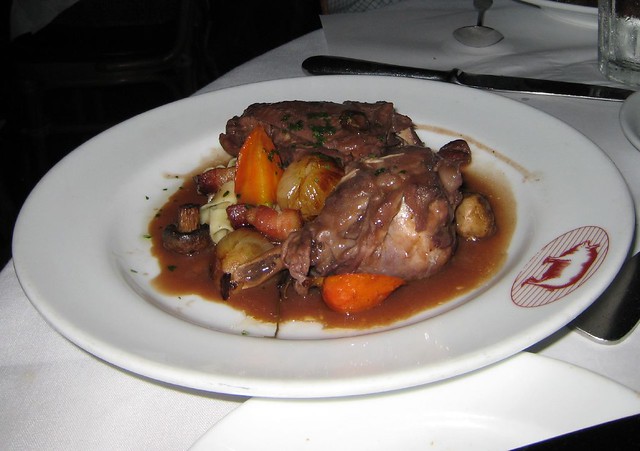 Now knowing all of that, let’s review techniques.

And that is how you make coq au vin!

A French classic, this dish is simple to prepare and very economical. In years past, the farmer would make this meal with an old unproductive rooster. Today you can't find a rooster in the supermarket, young, old or unproductive. Instead, make this with a stewing hen or all dark meat, such as thighs and drumsticks.
Prep Time30 mins
Cook Time3 hrs 30 mins
Total Time4 hrs
Course: Main Course
Cuisine: French
Keyword: chicken
Servings: 4 people

For the Bouquet Garni

A red Burgundy from France or possibly a Petit Sirah.

And Then There Is This Version From YouTube's ChickenChannel