The History of Brown Sauce - Part 1 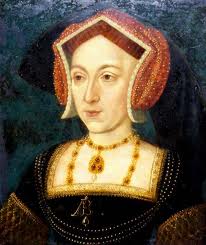 Katherine of Aragon, (1485-1536), was the first, (and according to many), only legitimate queen of King Henry VIII.  Why the question of authenticity regarding her five successors?  Therein lies the linchpin to the entire English Reformation and the merciless bloodbath that ensued for decades.

Katherine, as beautiful as she was intelligent, married Henry VIII in 1509.  Henry was obsessed with producing a male heir to his throne.  Sadly, five of Katherine's six pregnancies resulted in miscarriage, still birth, or infantile death.

Her only surviving scion was Mary, who would later rise to Queen regnant of England in 1553.  (Mary had a penchant for burning religious heretics at the stake which earned her the dubious nickname "Bloody Mary," but that's another story).

At the time, such failures in childbirth, if not blamed on sorcery or the wrath of God, were attributed to the mother, and Henry was no slouch when it came to ignorance or arrogance.

Henry endeavored to have his marriage to Katherine annulled but Pope Clement VII said no dice.  Henry, who by now had the hots for Anne Boleyn, broke with the Catholic Church and formed the Church of England, thus igniting the English Reformation.

Katherine was eventually banished from the court and exiled.  She recalcitrantly asserted till her death that she was Henry's only sanctioned and true queen.  Considering that Anne Boleyn, and later Catherine Howard, (Henry's 5th wife) each lost their heads, Katherine was lucky to only be outcast.

There is one other little tidbit about Katherine, obscure but nevertheless germane to our forthcoming discussion:  According to one professional culinary text, upon marrying Henry her retinue included a team of chefs.  These chefs introduced what we now call a Brown sauce or Espagnole sauce.

Brown sauce, as the name implies, is a brown colored sauce, made from beef or veal stock, which is viscous and deeply flavored by meat and aromatic vegetables.  As stated, Brown sauce is also known as Espagnole, the French word for Spanish. 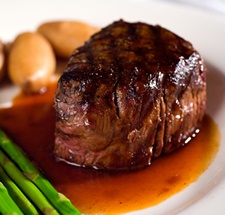 How it received that moniker is one of those murky, "depends on who you ask" conundrums.  While it implies the sauce hailed from Spain, (hence our Katherine of Aragon connection), other professional sources say it had nothing to do with Spain.

The "Oxford Companion to Food" asserts that it is a French reference to the skin tone of the Spaniards.  Katherine of Aragon by the way had a fair complexion, blue eyes, and reddish-blonde hair so go figure.

Even murkier is the origin of the sauce itself, namely the exact ingredients and techniques for making it.  Man had been making meat based sauces since time immemorial.  The earliest documented recipes for Brown sauce come from the 1600's.

We do know that these seminal French versions of Brown sauce involved an extremely complicated procedure.  One of the traditional practices was cooking meat in water, then taking that broth and reducing it further with a new batch of meat.  This step was repeated a number of times until an intensely flavored and thick sauce was created.

Over the years Brown sauce has morphed, influenced by motivations to reduce labor and financial cost.  It's simply not practical for a large, modern kitchen to embrace such laborious and extravagant methodology when attempting to feed prodigious amounts of people.  Ergo, even at some of today's most preeminent establishments, the brown sauces adorning their cuisine will be shadows of the archetypal creation.

Brown sauce was traditionally thickened, as stated, by successively reducing the cooking liquid to a syrupy consistency.  While evaporation is still always relied on, later chefs began adding flour to impart the sauce with body.

Some chefs abandon the flour in favor of butter, while others stick with reduction, albeit without successive additions of fresh meat.  Obviously, Brown sauce and all its offspring, pair exceedingly well with all kinds of red meat but can also be used on vegetables as well.

One of the 5 Mother Sauces

Brown sauce is one of the five "Grand" or "Mother" sauces of French cuisine, the other four being béchamel, tomato, velouté and hollandaise.  A Grand sauce is a base sauce from which a plethora of derivative sauces are then made.  Ready for a little more controversy? Once again, depending on the source, some acknowledge Brown sauce as a Grand sauce while others recognize demi-glace.

Thus, the demi-glace proponents view Brown sauce as an intermediate step to making demi-glace, which is the mother sauce of most ensuing Brown-sauce-based sauces.  For example, a Bordelaise sauce begins with demi-glace to which wine, beef marrow and seasonings are added and then reduced.

In the interest of clarity, the diagram below pictorially outlines the procedural stages we have thus far described.

Keep in mind that as mentioned, short cuts are often employed in the interest of efficiency and/or monetary cost.  For example, it's not uncommon to find recipes that take stock, simmer it with some shallots and wine and then call it a Bordelaise sauce.  This is a desecration in my book.

If you love to cook, and are up for the task of making Brown sauce and demi-glace then I applaud you.

Check out the recipes and procedures for making stock, then a brown sauce, and then demi-glace.