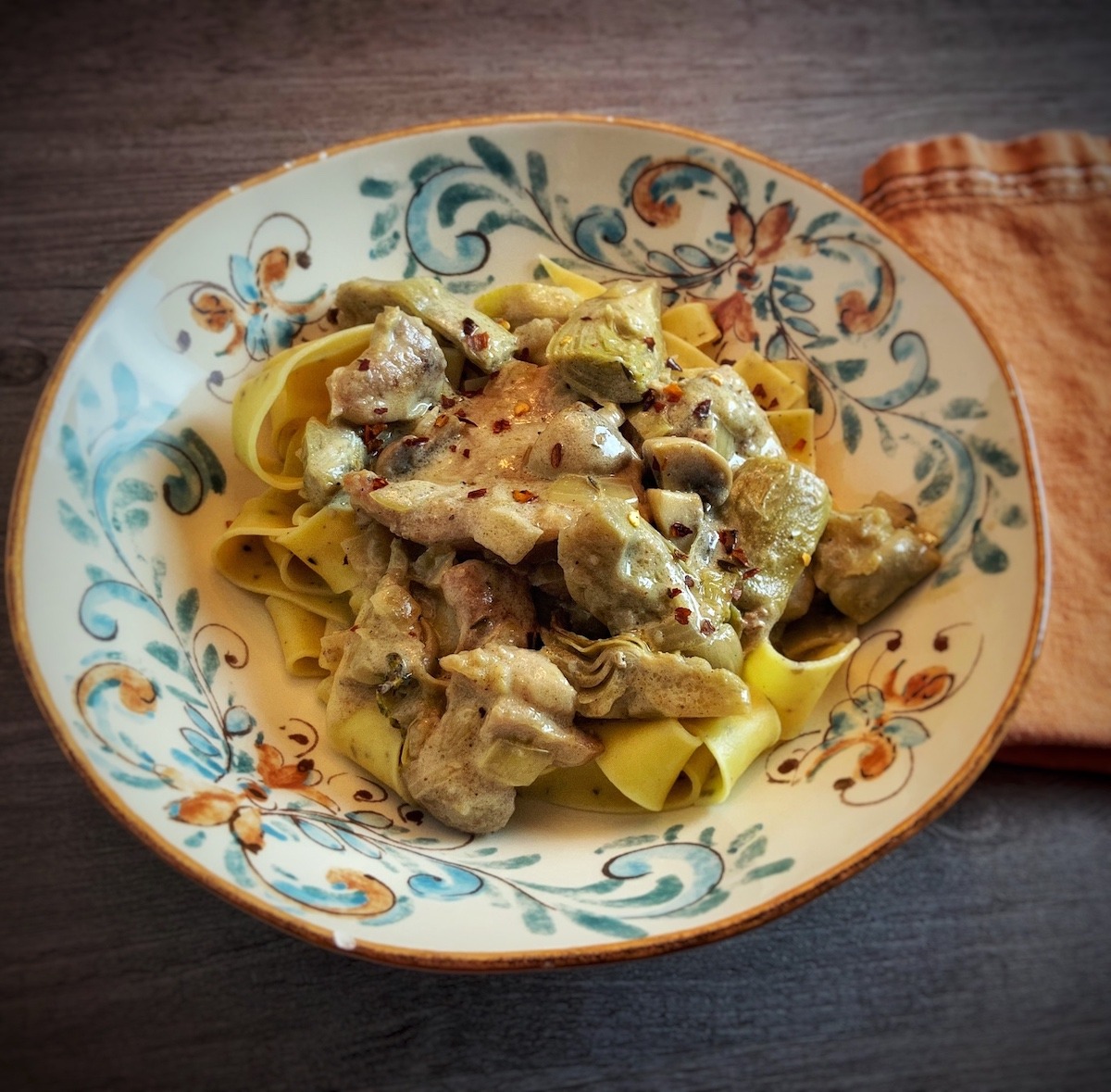 Comfort Food at Its Best

In the early 80’s when I first moved to New York City after college, I didn’t have much money for anything after the rent was paid.  I figured out early on that if you bought a draft beer for $1 at one of the Irish pubs on Third Avenue, you could help yourself to the “buffet” so I mainly subsisted on chicken wings and whatever pasta casserole was offered.

Of course I aspired to more elegant dining out experiences, and I would glance at menus on display outside of restaurants on my walks home, figuring out where I would eat and what I would order when I had a smidgen of discretionary income.

One place I settled on was situated on the northeast corner of 81st Street and Third Avenue.  Or maybe 80th and Second.  I don’t remember, it was a long time ago.

The place (the name?  still a long time ago) had an interesting and varied menu, including nouveau Italian dishes that were reasonably priced, relatively speaking, plus a peanut butter & jelly sandwich on raisin toast entrée that was listed at $130.

So, either it was really special peanut butter, or the restauranteur had a sense of humor.  I’m going with the latter.

The other thing the restaurant had going for it was that it had two entrances – one led into a super fancy and upscale dining room and the other opened up into a room more neighborhoody and casual – with food all prepared in a common kitchen.

So, I determined that I could eat on the casual side for less money while still enjoying the culinary talents worthy of a posh NY establishment.   Win-win!

Over the course of my 10 years living on the Upper East, as my salary increased, I was able to eat out more frequently.   This restaurant became one of my customary stops.

I’d eat there every six weeks or so, and without fail I ordered the same thing:  endive and avocado salad (a combo I still love to this day) and a chicken/mushroom/artichoke dish.  I don’t remember if it came with rice or pasta or potatoes, but I remember how much I loved the combination.

Fast forward to our years in the suburbs of Philadelphia.  A great find for me was the frozen artichoke hearts at Trader Joe’s.

Have you ever tried to find artichoke hearts that aren’t soaked in some kind of oil mixture?  Ugh.  So whenever Trader Joe’s has these in stock, I stock up.

I throw these in everything – pasta with tuna dishes, sautéed with kale or spinach, defrosted in a salad……. but I digress.

Every once in a while, I will remember my old favorite and throw together some boneless skinless chicken thighs, mushrooms and artichoke hearts.  It’s become one of my top comfort foods.

Give it a try.  If you can’t find frozen artichoke hearts, then try rinsing the jar variety to see if you can get rid of the brine. 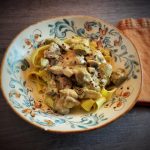