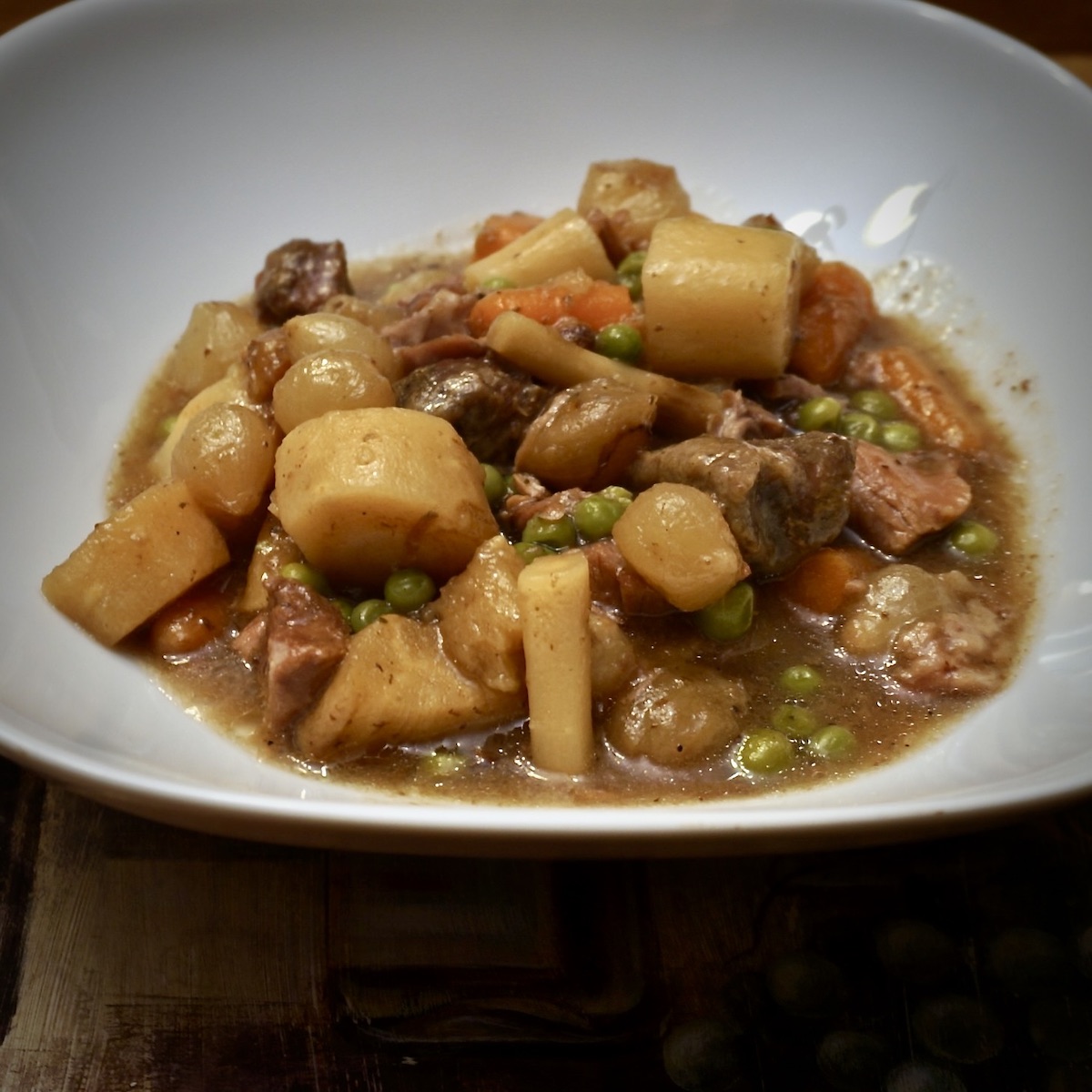 How to Make the Best Crock-Pot Lamb Stew with Vegetables

This crock pot lamb stew recipe is adapted from our 1975 edition of the Rival Crock Pot Cooking cookbook. Not sure if it came from my wife’s mom or my mom or we found it at a book fair but it’s filled with more than “300 recipes especially for the original Crock-Pot slow cooker.

Just to clear up the name, Crock-Pot is a trademark name given to a slow cooker developed by the Naxon Utilities corporation of Chicago. Later it was bought out by the Rival company in 1970.

If not familiar with a slow cooker, it is an electrical counter-top cooking appliance that lets you cook different types of foods at low temperatures for long periods of time. Therefore, it is perfect for braising tough cuts of meat but versatile enough to prepare desserts like bread pudding.

I tried my local butcher and two supermarkets and no one had one. My local butcher said he could special order me one. However, I needed it that day so I opted for a boneless leg of lamb that worked out well.

These cubes come from trimmings of other cuts of meat and you have no idea what you are getting. Not that the meat is bad. It may not be consistent and come from different parts of the animal resulting in some interesting tastes or texture.

Whatever cut you purchase, be sure to trim most of the fat off it. The leg of lamb we used needed had a lot of fat that needed to be removed. As a result, the final results were much better.

You may even have to buy a bigger cut of meat to allow for the extra trimming. 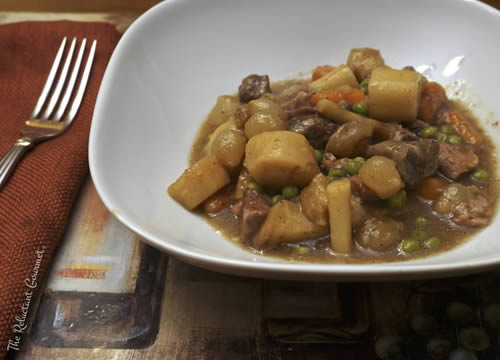 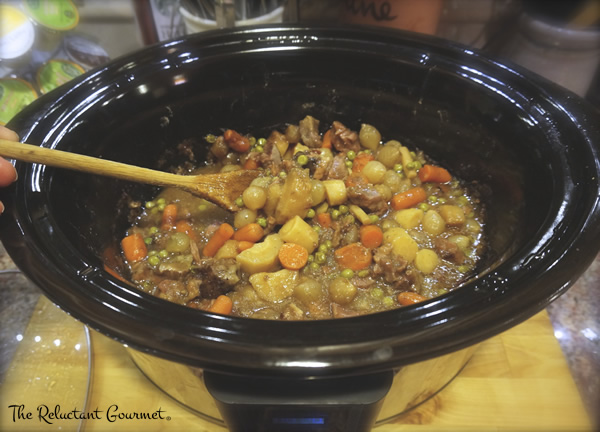 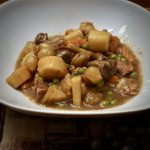 I like my lamb stew with a little Lea & Perrins Worcester Sauce but that’s my personal preference. This is a great, "As Good As It Gets" meal any time of year but especially when it's cold and snowy.
« Twice Baked Potato Recipe
This Is How to Prepare the Ultimate Cheese Fondue »