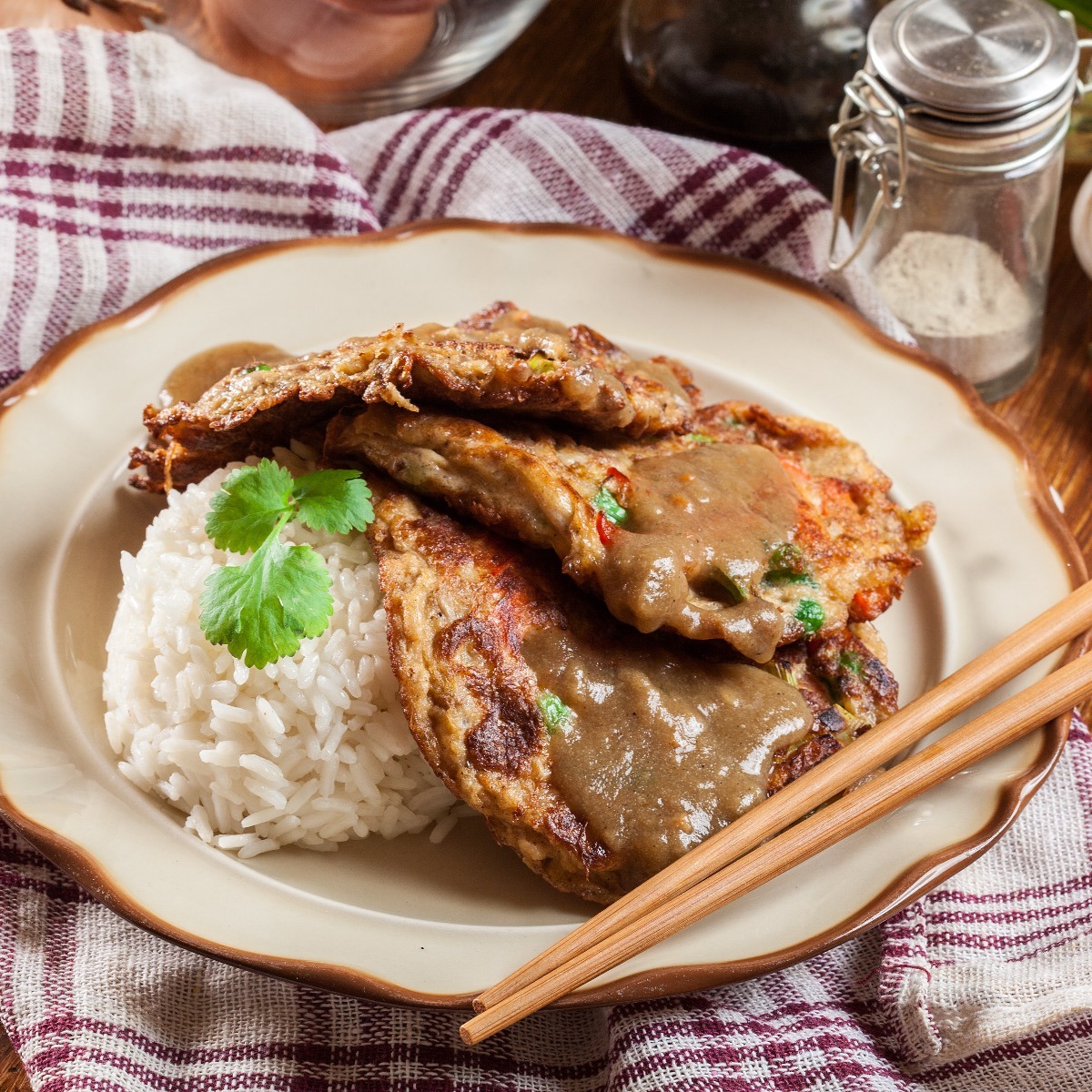 Egg Foo Young is a Chinese-American dish that consists of a savory omelette filled with vegetables, meat and/or seafood, and topped with a thick gravy. It is often served with rice and is considered a classic dish in Chinese-American cuisine.

The dish is believed to have originated in the early 20th century in Chinese-American communities, and is thought to be a variation of a traditional Chinese dish called "fu yung egg slices" or "fu yung omelette".

It is translated to "fu yung egg slices" in Mandarin Chinese, which is a Cantonese dish, and "fu yung omelette" in Cantonese. The dish is not a traditional Chinese dish. The name "Egg Foo Young" is likely a phonetic approximation of the original Chinese name for the dish, and it is not an accurate translation.

To Make at Home

An batter is made from eggs, flour, and a small amount of liquid such as water or milk. The batter is then mixed with a variety of ingredients such as vegetables, meat, and/or seafood, and then cooked in a skillet to form a large, fluffy omelette.  The omelette is then topped with a thick gravy made from chicken or beef broth, cornstarch, and seasonings such as soy sauce and oyster sauce.

What Do You Serve with Egg Foo Young?

It is often served with rice, making it a complete meal, but can be served as a main dish or a side dish. Usually, white rice or fried rice is served alongside egg foo young, but you can also use brown rice, quinoa or any other type of grain.

Additionally, egg foo young is often served with steamed or stir-fried vegetables, such as broccoli, carrots, or bok choy to add some greens to the meal. It can also be served with other Chinese-American dishes, such as chow mein, lo mein, or sweet and sour dishes.

Egg foo young is also traditionally served with gravy, a thick sauce made from chicken or beef stock, cornstarch, and seasonings such as soy sauce and oyster sauce, which add a rich and savory flavor to the dish. Another popular accompaniment for egg foo young is hot sauce, which can be added to the gravy or served on the side, this way you can add some heat to the dish. 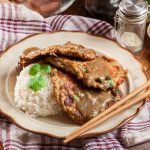 For the Egg Foo Young

You can also add or substitute vegetables or meat to your preference, and the gravy can be adjusted to your taste as well. It's a very versatile dish, you can add more vegetables or meat, adjust the thickness of the gravy or even add some hot sauce to make it spicier.
« Mushy Wontons for Wonton Soup
Why Is My Brie Cheese Stinky »