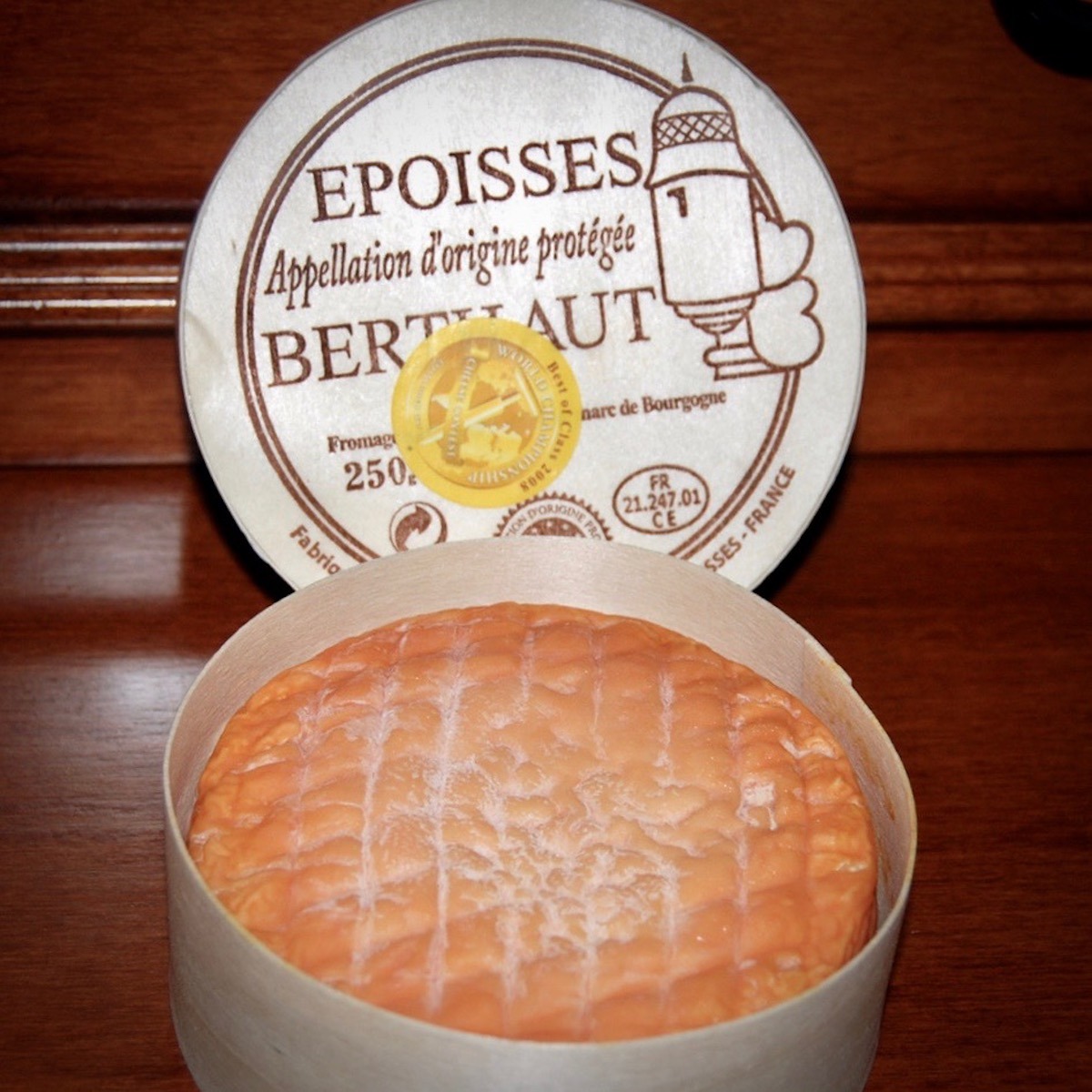 If you follow my blog, you know I am a huge fan of "stinky" cheeses especially the washed rind variety. In the recent past I depended on my friend Cheeseman Jack to turn me on to new versions of stinky washed rind cheeses from around the world.

Unfortunately Jack no longer has a shop at the farmers market I visit every Saturday morning although he still has his store at the Reading Terminal Market in Philadelphia.

DiBruno Bros replaced Jack's Downtown Cheese in Ardmore and although I'm sad to see Jack gone, two of his protégées work for DiBruno. Now Dan and Bill don't have the encyclopedic knowledge Jack does, but they know their cheese and are very willing to share what they know and are always ready to offer a sample of something new and different.

What does this have to do with Epoisse? The short answer is nothing except Jack turned me onto this wonderful cheese and it has become one of my top 5 favorite cheeses ever since. The kids think it smells like dirty feet but my wife Meg and I love a taste on Saturday mornings served on some just baked French bread.

Let me tell you a little bit about this delightfully stinky cheese: 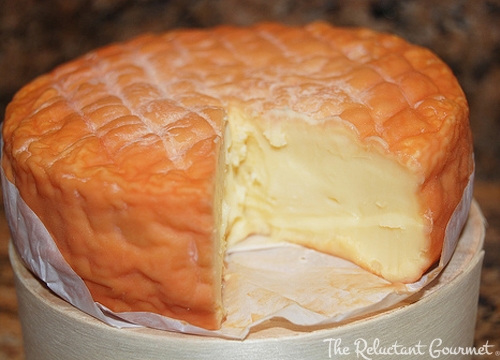 Epoisses, named for the town in which it is produced, is traditionally made with unpasteurized cows' milk.  According to stories, Epoisses was initially produced by an order of monks living near Epiosses in the Burgundy region of France in the 1600s.

Their emphasis was on agriculture and hard work, so making cheese was a natural for them.  Eventually, the monks left, but not before passing on the secrets to Epoisses production to the population at large.

Production continued for centuries but was almost forgotten by the mid-20th century.  In the 1950s, the Berthaut family of Epoisses (the town) pretty much single handedly revived the industry.

To this day, the bulk of Epoisses is produced by the Berthauts, although several other artisan cheese makers in the region have entered the Epoisses game.

While production probably varied a bit throughout the later 1900s, Epoisses was given an AOC status in 1991.  Similar to AOC designations for wine, every cheese maker wanting to produce Eppoises has to hold to strict AOC standards.  To make Epoisses, milk is heated to 86F (30C) and held there for 16 hours.

After 16 hours, the curd is cut into rough chunks and then placed in molds to drain.  The young cheeses drain for 2 days and then are salted and set aside on racks to dry.

As Epoisses ages, it is hand rubbed with a mixture of brine (salt water) and marc.  Marc is a rough brandy (think grappa) that is made from the skins, seeds and stems after grapes have been pressed for wine making.  This mixture, called pomace, is then fermented to produce marc.

Needless to say, it is pretty powerful stuff.  As with all washed rind cheeses, this mixture of brine and marc serves a dual purpose.  It inhibits mold growth that in turn allows bacteria, which give the cheese its distinctive aroma and flavor, to grow, and it also adds its own flavor to the young cheese.

The rind is washed three times a week for four to six weeks, at which time it is packed in cool round wooden boxes for sale.  Since the United States has strict laws governing raw milk and raw milk products manufactured or sold here, the Epoisses we can get in the US is made with heat-treated milk.

US law states that any raw milk cheese must be aged for a minimum of 60 days, so Epoisses misses the mark by a month.

The Pasteurization process makes the milk safe from harmful bacteria, but it also kills off the enzymes present in the milk as well as some of the fresh flavor.  No matter how fast Pasteurization happens, cooked milk just tastes like, well, cooked milk.

I can only imagine how much more complex AOC designated Epoisses de Bourgogne sold in Europe tastes than what is available from my local cheese shop, but I would be first in line to try it. Epoisses is quite possibly my favorite "stinky cheese," and I would love to taste the traditional version available in France.

Epoisses pairs well with hearty Burgundies--no surprise there.  You can also try it with a nice dessert wine, such as Sauternes.  Since Epoisses has such an assertive aroma, it is not the best for cooking, but allowed to come to room temperature and spread on some toasted nutty bread, the flavor of Epoisses really shines.

« What a Great Father's Day
Working in a Banquet Service »