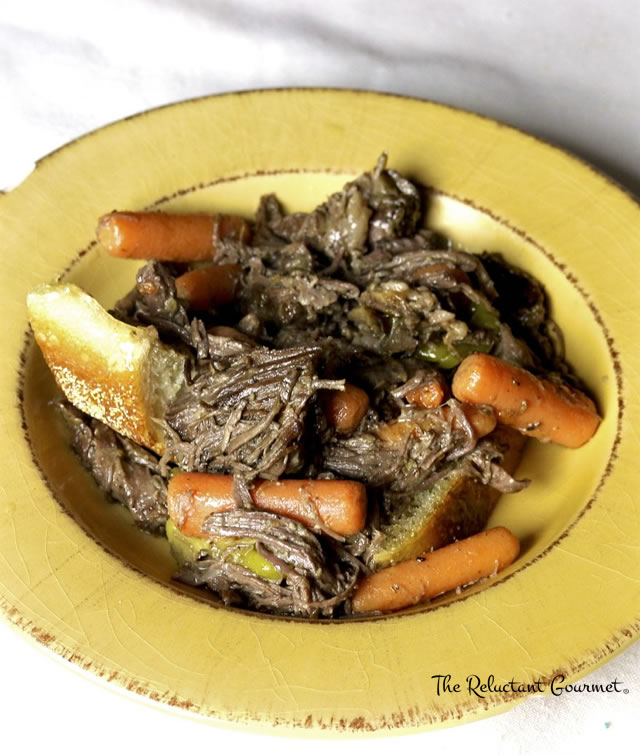 I read about this tasty recipe back in January in a New York Times article by Sam Sifton. If you’ve already heard about this extremely simple way to make a delicious crock-pot pot roast, please check out this version or go check out some of my other fun recipes.

For those of you who haven’t heard of this 15 year old recipe, like me, you are in for a treat especially if you like slow cooked beef chuck roasts that are fork tender.

Basically, a woman from Ripley, Mississippi by the name of Robin Chapman cooked up some beef chuck in her slow cooker with some everyday ingredients based on a recipe she learned from her aunt. She didn’t call it a pot roast or crock-pot roast, just roast.

According to the NY Times article, the recipe made its way to a church cookbook where it was called – roast beef. One of the parishioners decided to give the recipe a try, loved it and made it for her niece, Laurie Ormon who wrote about it on her blog and the genie was out of the bottle.

Another blogger tried it, liked it and called the recipe, “Mississippi roast. A photo of the dish was posted on a Pinterest board with a link to the recipe.

More and more Internet foodies learned about the recipe, tried it, liked it and the word continued to spread but only on the Net until recently.  Now professional food writers are even talking about it.

You may not like the sound of some of these ingredients. I know I didn’t when I first read them but keep reading. I’ll be offering Sam’s alternative recipe with a couple of my own changes that may be more palatable to you.

Ms. Chapman original recipe starts with a beef chuck roast, adds a packet of dry ranch-dressing mix on top of the meat, then a packet of dry “au jus” gravy, a stick of butter and a few pepperoncini peppers. You can typically find these peppers in most supermarkets in the pickles section.

This all goes into the slow cooker and cooks for hours until the meat becomes so tender you can shred it with a couple of forks. When the NY Times author tried the recipe with these ingredients, he liked the end results but not all the salt and artificial everything so he came up with the recipe below which I adapted just a little to pump up the flavor and pump out some of the salt and monosodium glutamate.

One of the changes I made was to add baby-cut carrots for the last hour only because everyone in our house loves them. 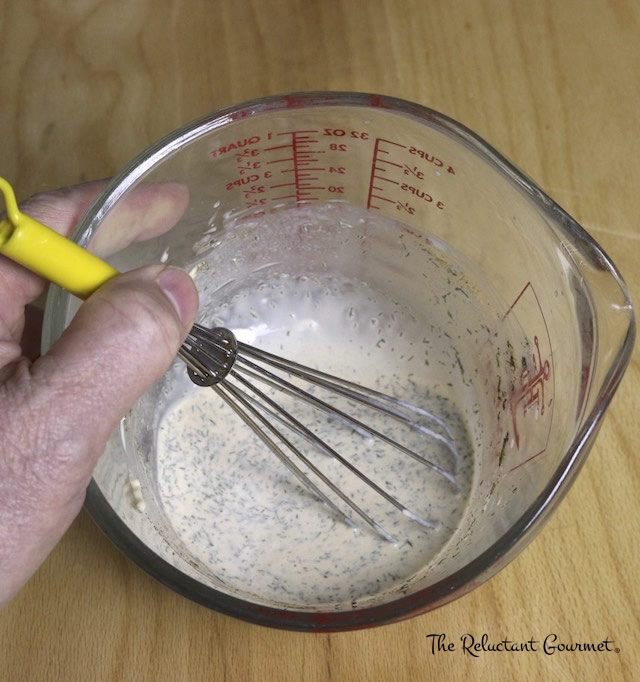 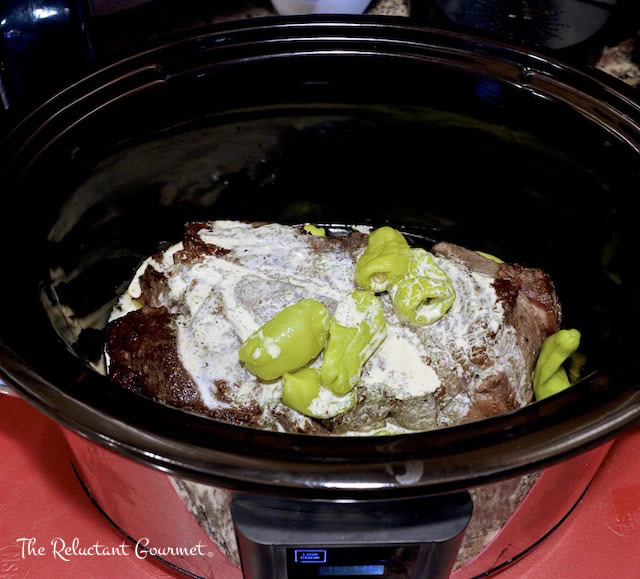 The cooking time can range from 6 - 8 hours depending on your slow cooker so after 6 hours, start checking the meat for tenderness. Next time I make this recipe, I'm going to add a tablespoon of demi glace to give the sauce some extra flavor and create a base.

« Yellow Rice Recipe
What Is With Chickens With Woody Breasts »