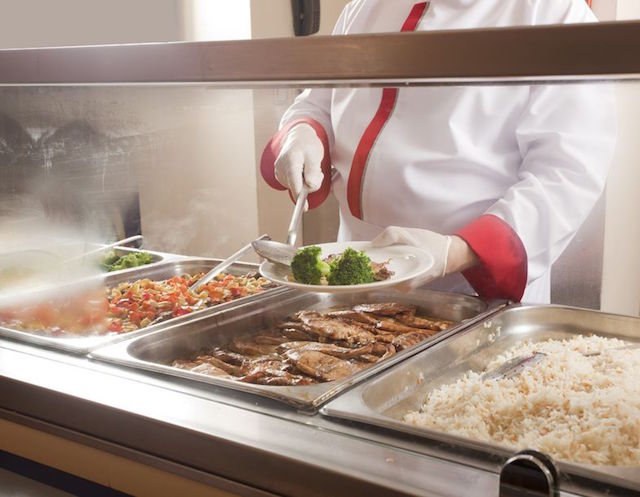 I recently came across an article written by Jane Black, titled Revenge of the Lunch Lady, about the lunches offered in public schools. The article, originally published in the Huffington Post, highlights a public school cafeteria in a small town and a woman who works towards improving it, in a way that could improve the entire system.

This exposé, you might call it, on the system that is responsible for feeding the children of America, seems so important that I wanted to summarize it for our reader base. Consider it somewhat of an aperitif to the full article.

Ms. Black starts off discussing the role of the successful celebrity chef, James Oliver, in restoring the public schools’ cafeterias in not only America, but specifically in a school in Huntington, West Virginia, the setting of the article. He introduced new fresh, made-from-scratch meals that just barely followed the government standards that most schools fail to conform to.

The problem with this shiny, foreign chef coming in and saving the day was that the students were unhappy with the taste of the new food and began boycotting lunch and wasting it. This is problematic when students rely on school meals for a majority of their daily intake.

This is when Rhonda McCoy stepped in to actually save the cafeteria system in Huntington.

The stereotype of school lunches being the spoonful of slop scooped onto a tray, while looking unhealthy, is the least of worries when not all students can even afford a lunch from the cafeteria. Ms. Black suggests that the nutritional concerns may have started in 1981 when America had a surplus in dairy, leading the USDA to purchase the dairy for the schools, and continuing the surplus.

To solve this, the government bought the cows and sold the meat for school lunches. This much dairy or beef were not compliant with the new dietary guidelines regarding the maximum amount of fat allowed.

However, this is not as troublesome when looking at other pieces of data, like how many children are even able to receive these lunches.

One of the more startling pieces of data in this article is that only one-third of 6 million impoverished children received free or subsidized lunch as reported by “Their Daily Bread”. The article gave more statistical evidence that just confirmed this large problem in the United States and the school lunch programs.

With government subsidies towards the lunch program and cafeterias being a huge part of the funding, it is important to keep these issues in mind in current politics.

Now Rhonda McCoy, a registered dietician, is introduced onto the scene. A key part of the story is that she grew up in one of these poor school districts in rural West Virginia and knows the regional tastes preferences.

What she was able to do that Oliver wasn’t was improve the quality of the food more realistically while still keeping in mind what the students liked to eat and adapting locally to their tastes.

To keep the new recipes and healthier eating sustainable, she continued to accept handouts from the government and therefore saved an extra $50,000 for her district, which she was then able to spend on new kitchen equipment. Believe it or not, the new equipment was able to solve the issue of cooking enough food efficiently to feed the school.

McCoy has also introduced fresh produce grown by the students themselves into the meals. The Huntington school nearly doubled the number of meals served and more students were eating the cafeteria-provided lunches.

A lot of what McCoy was able to do in the Huntington School Cafeteria can be transferred to schools around the country. The article points out that it is important for schools that need change in their food programs to have a strong leader like McCoy who understands every facet of the system and strives for a healthy eating culture in the school, while being realistic about the resources at hand.

And, a lot of the funding resources come from the government and the government needs to be willing to fund these improvements, such as new kitchens, in order to keep up with changing times. If any of this is any interest to you, the reader, I completely urge you to look at the original, more in depth article.