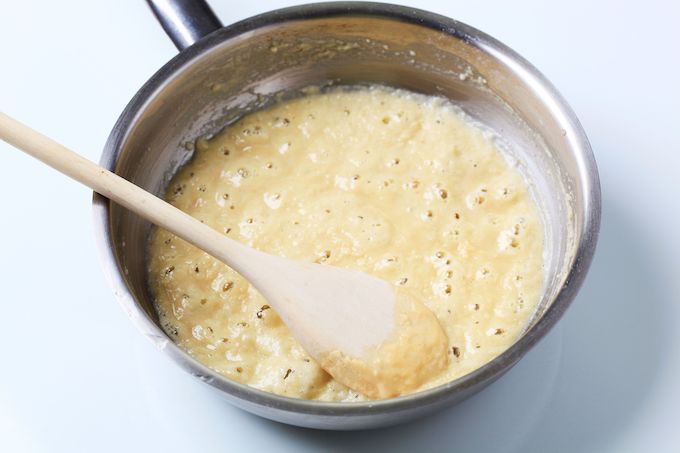 What Is The Difference Between a Roux and a Slurry?

November is an important month for citizens of the United States.  Nope, not because of elections.  Thanksgiving.  Do you ever wonder how your mom got the Thanksgiving gravy so thick?  She probably has some support.

More broadly, there are two types of thickening techniques known as Roux and Slurry.  As it is the season of political debates, I thought I would present these two contenders in a little friendly competition.

Roux is a thickening agent that uses a flour base.  This is important to note as it is 2019 and some of the biggest states are swinging gluten-free.

But for the other states, Roux is a strong competitor in the thickening match.  It comes from a French background, with the word "roux" meaning "browned butter".

Roux is made by heating up butter, or another similar fat, and combining the flour.  When you get really good at making Roux, you can heat the flour to different colors, which make up the types of Roux: blonde, brown, and black.

Ah, versatility.  One point for Roux. 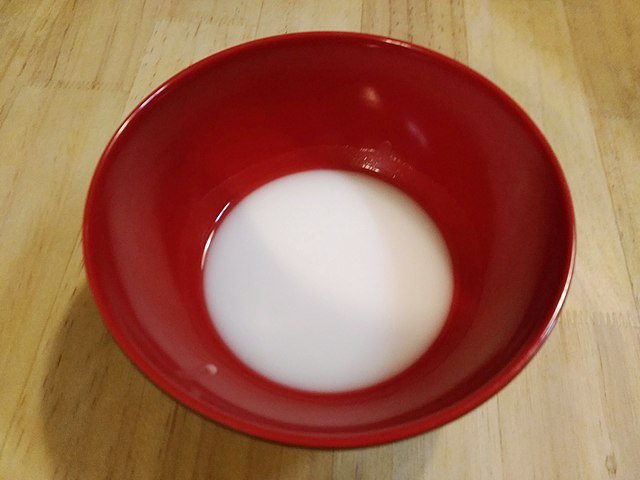 Slurry, on the other hand, achieves success through cooling, not cooking.  The thickener uses a cold water (or milk) and cornstarch mixture made in advance and then added to the liquid in need of thickening.

Yes, that's right.  It uses cornstarch (no gluten) so we already know that it will be a top competitor for California.  Back to a tie.

Me: How will you work to increase the thickness in a liquid/?

Roux: The simple answer is that with a fat like butter and flour mixed over some heat, the properties of my liquid change and become thicker.  This is when I can be mixed in with whatever you are trying to thicken to add my thickness.

Slurry: Slurry consists of water or milk and cornstarch, which is mixed in a cold state.  Then I cook in slowly with the liquid you are trying to thicken and I transform when the heat is applied there.

Me: How are you two candidates similar?

Roux: The obvious answer is that we both have the same goal; to be the best thickener we can be and make people's meals delicious.  We use the same concept to get the job done.  When starch is heated, it expands and absorbs the liquid around it.  That is how we add to a liquid and make it thicker.

Me: What are your main differences?

Roux: The main difference is how we are made.

Roux: Yes.  I am made by heating butter and then using this butter to "toast" the flour.  This is where you can decide what kind of Roux I am, light, medium, or dark.

Then the other heated liquid is mixed in slowly with the Roux until the desired consistency is achieved.  This gives the people easy control to decide how thick they want their sauces, by how much liquid they add.

Slurry: I work differently because Slurry is a combination of cold water or milk mixed with cornstarch.  Once the liquid you are making is simmering, add the slurry in small amounts.

Every time you add a little bit, let the liquid return to a simmer and test the thickness when the slurry starts to work.

Roux: I think it's also important to point out that I add a flavor component (butter, YUM) while Slurry only adds a thickening component.

Me: Is there anything the people should be cautious about when using your techniques?

Roux: I guess if they add too much of the liquid, then they could find it not thick enough and have to make more roux. That's better than with slurry because if you add too much slurry or don't simmer after you add then you would have to start everything over again because the consistency would not be good.

Slurry: I think I'm just more difficult to perfect, so it just takes more practice.  Some advice I can give to people making slurry is that you want to make sure you are cooking the liquid as you add me so that it works the thickening process.

However, you don't want it to cook too long or the texture might be chalky.

Roux: With slurry, what you see might not be what you get.  If your liquid is the perfect consistency when it's cooking, then it could very well turn out too thick when cooled.

Me: Can you give an instance of when you were a good thickening agent?

Roux: Mmm, I made this incredible French white sauce called Velouté. It's actually pretty huge for me since Velouté is considered one of the five "mother sauces" and is the base for a lot of other sauces. (Veloute Sauce)

Slurry: I've made plenty of sauces, but I think what's really impressive is the big picture.  I made the perfect gravy for a roast New York strip steak, which some might argue is the most important part.  It definitely brought out all the flavors to the meal and people loved it.  (Roast New York Strip Steak)

We asked people what they thought.  It seemed like most people prefer roux because it is harder to mess up and adds an extra flavor to the dish.

On the other hand, slurry is definitely the healthy option since roux uses butter (or some other fat) and gluten.  Overall, whichever thickening agent you decide to pick depends on what results you're looking for and what you are cooking.

Comment below what your favorite thickener is and what recipe it works best for!

« Where to Eat In Rome
This Is What Umami Tastes Like »