Spice Up Your Life!

The Quest for Herbs & Spices

Every school kid is taught that Columbus discovered the new world. But few of them know why. Columbus was seeking an alternative route to India in an attempt to break the monopoly that Venice held on the world spice trade. Little did he know that there was another whole continent in the way.

Nevertheless, he was serendipitously successful for he also "discovered" new spices, such as chiles, allspice and vanilla. The quest for herbs and spices over the millennia has led man to exploration, to financial success, and even to war.

Spices are aromatic seasonings that come from the bark, (cinnamon), buds, (cloves), fruit, (paprika), roots, (ginger), or seeds, (nutmeg), of plants. Herbs are the leafy parts of plants such as basil, mint, or oregano. Spices should be kept in a cool dark cabinet.

Heat and light will facilitate deterioration. It is generally recommended to discard any spices more than six months old.

Herbs should be wrapped in a damp paper towel or cloth and then placed in a plastic bag in the refrigerator. Or, you can trim the stems of some herbs like parsley and cilantro and place them in a glass of water in the fridge.

The sooner you use fresh herbs the better as they rapidly lose their potency once harvested.

Fresh herbs are usually best when added to a dish near the end of cooking or even after it has been removed from the heat. Overcooking will dissolve their fragrance. The exception is preparations that are not cooked such as salsa, dips, and marinades.

Adding the herbs at the beginning and allowing the item to rest will give the herbs time to infiltrate the base ingredients. Many spices, since they are dried, can be added at the beginning of cooking since heat and moisture is needed to release their essential oils.

There are individuals who have never bothered to take the time to buy and use fresh herbs. Instead, their parsley comes out of a plastic jar.

This is dreadful since there is a world of difference between fresh herbs and their dried counterparts. Believe me, the small amount of effort involved in washing and chopping fresh herbs will be repaid magnanimously.

Most spices on the other hand, do not necessitate the same degree of freshness as herbs and are perfectly suitable dried. Many for that matter only come in dried form.

There are some however, nutmeg being the quintessential example, that are best whole and not ground. Do not be tempted to buy the large jars of spices to save money unless you will use them within six months. An abundance of insipid spices is not a bargain.

Which Herbs & Spices Go Best With What Foods?

As for which herbs and spices best accompany which foods; there are many cookbooks in your local bookstore that publish such lists. Classic pairings include rosemary or thyme with lamb, dill with salmon, basil with tomato products, etc.

But combine knowledge of standard gustatory pairings with creativity and your own taste. Some stodgy nineteenth century Frenchman's opinion is not etched in stone.

Herbs and spices are a wonderful way to bypass unwanted salt, butter or oil on foods. Steam your asparagus and then add lemon juice and chopped chervil.

Braise your carrots in low fat chicken broth and then sprinkle them with fresh mint, parsley or cinnamon. Chicken breasts go great with rosemary, paprika, or sage.

For those of you who are less calorie conscious, here is one of my favorites: herbed goat cheese. Take a package of plain goat cheese and mix in three or four tablespoons of fresh chopped herbs.

I like a combination of parsley, rosemary and thyme but use whatever combo you prefer.

Then add some chopped red bell pepper, salt and pepper. This spread is delicious on crackers or vegetables. For a scrumptious hors d'oeuvre, take well buttered sheets of phyllo dough, place a dollop of the herbed goat cheese in the center, fold into a packet, butter the crease, and then bake at 350 degrees until golden brown.

Try Rubbing Some Spice On It

My favorite way of employing spices is in rubs for meat. A rub is basically a dry marinade.

For example, brush both sides of a steak or pork chop with olive oil. Then liberally apply a mixture of salt, black pepper, garlic powder, onion powder, thyme, paprika, and cayenne powder.

Push in the rub with your fingers or a fork, allow it to rest for 10 minutes, and then sauté, broil, or grill the meat.

For the freshest herbs possible, nothing beats planting your own herb garden. It is also convenient and cost effective. I like to plant parsley, cilantro, thyme, basil, and rosemary but many more are available at most garden centers.

Thyme and rosemary I plant in pots instead of the ground. They will last through the winter on your sunny windowsill for a year long supply. 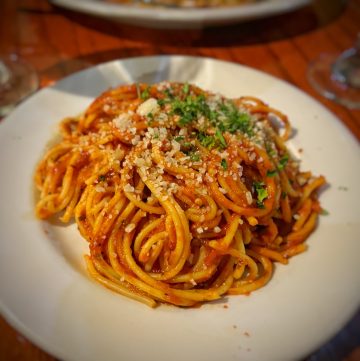