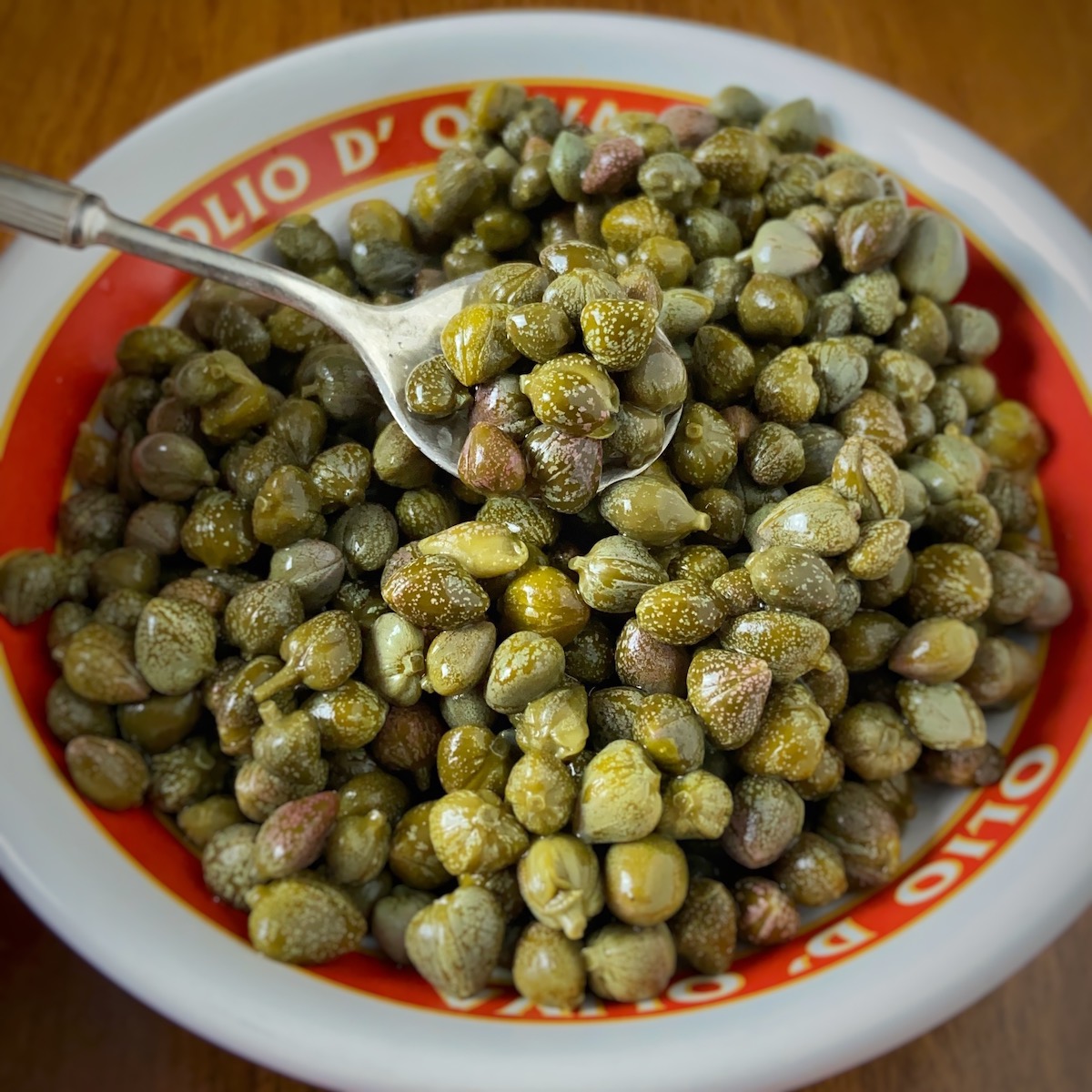 What Are Capers, Where Do They Come From and What Do They Taste Like?

Let me start out by saying I love capers but not as much as my oldest daughter Nell. She is a caper fanatic. There are very few meals she doesn't bring out the giant jar of capers from the refrigerator to the table to spoon out some of those mini salty morsels on to her food.

On the other hand, my wife and youngest daughter Maddie are not fans. They'll tolerate them if they have to in a dish like chicken picata, but otherwise, no thanks.

Those tiny green peppercorn looking morsels are actually the immature flower buds from the perennial caper bush (capparis spinos) also called Finders Rose.  They are dated back as far as 2,000 B.C.  Wow!

Not to be confused with a caper berry that grows to the size of an olive and is a caper that is allowed to mature. So capers are the buds before they turn into flowers that eventually turn into the fruit.

Freshly picked capers are not to be eaten. Like fresh olives, they are extremely bitter and need to be pickled before edible.

Where Do Caper Come From?

If you want to learn more about capers and where they come from, check out this source.

Are Capers a Fruit or a Vegetable?

Tricky question. They are neither fruit nor vegetable. They are immature flower buds and closer to being a seed.

The first think I think of when describing what capers taste like is salty but they also have a lemony flavor too. So when you add capers to a dish, think adding salt and lemon.

Most people will describe them as briny and vinegary but that typically comes from the liquids they are packaged in and not the caper itself. But that briny/vinegary flavor can also add a wonderful favor layer to your dishes. 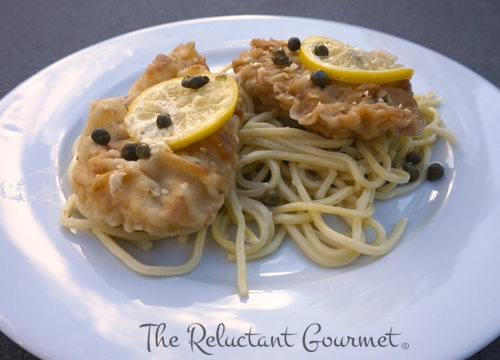 First recipe I think of is chicken piccata. Next, I think of Sunday brunch with a bagel and lox, a little onion, chopped egg and of course capers.

Another classic recipe featuring capers is pasta puttanesca. I can't believe I don't have a recipe for this dish as it being one of my favorites but I do have Spaghetti with Tomato Caper Sauce Recipe that is pretty close.

Some other recipes on my site that use capers include:

If you check out some of the recipes above, you'll see how I like to cook with them. Large capers are usually chopped up and added to a sauce or pan fry toward the end of the cooking process. Smaller capers can be added as is.

Capers are great in salads with no prep. Just take them out of the jar and add them to your salad.

Some people will rinse the brine and vinegar off the capers before adding to a dish but in our house we use them right out of the jar. As I said above, my oldest daughter brings the jar to the table.

Besides chopping up capers, you may want to try mashing them with a fork before adding to a sauce or dish. 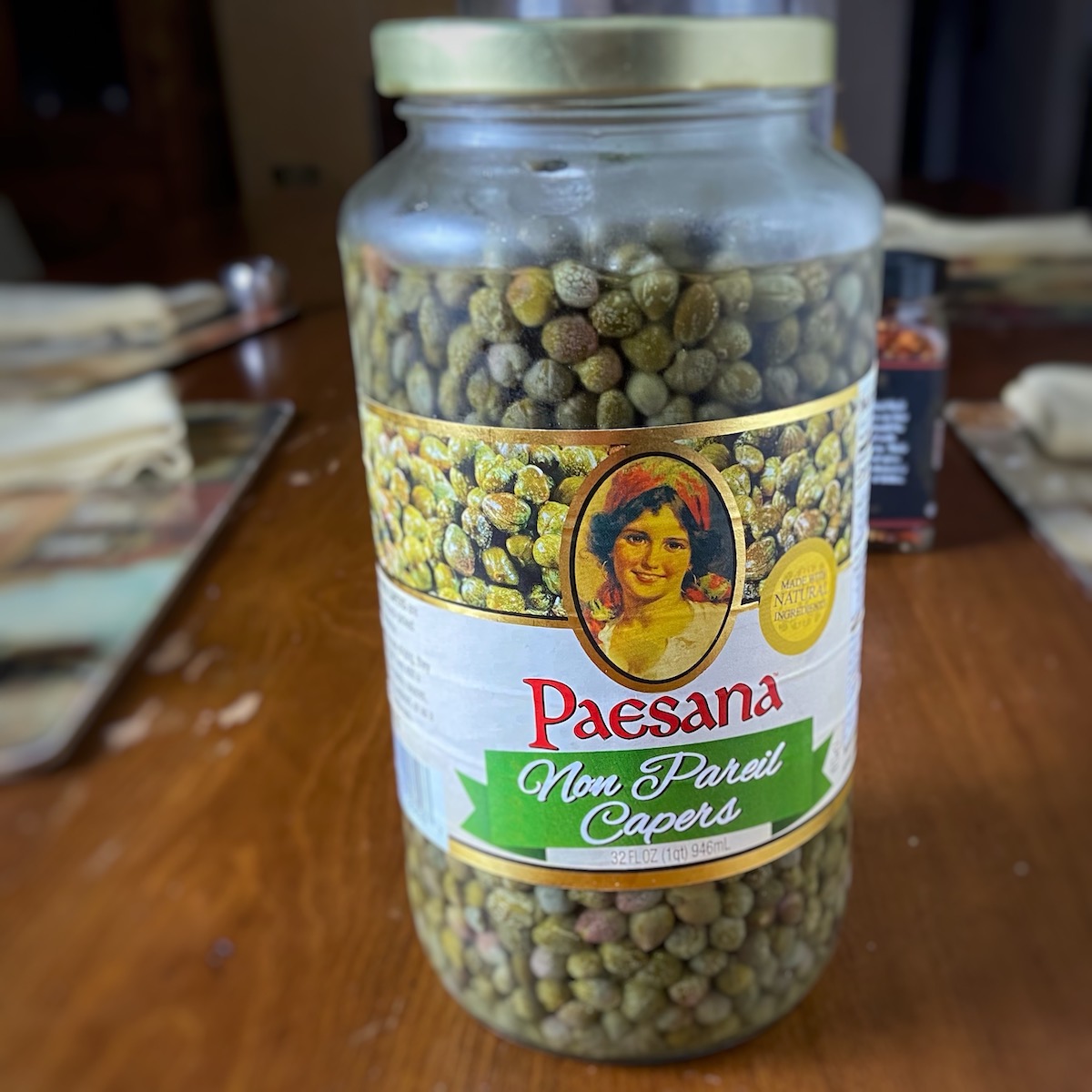 How to Store Capers

Capers can be stored in your pantry unopened for about 6 months. Once opened, you'll want to refrigerate them to keep them fresh. It's important to make sure the capers are completely submerged in the liquid in the jar and that you keep the jar closed with a tight fitting cap.

I'm not sure exactly how long they can stay in the refrigerator, but our giant bottle typically lasts us 6 to 9 months.