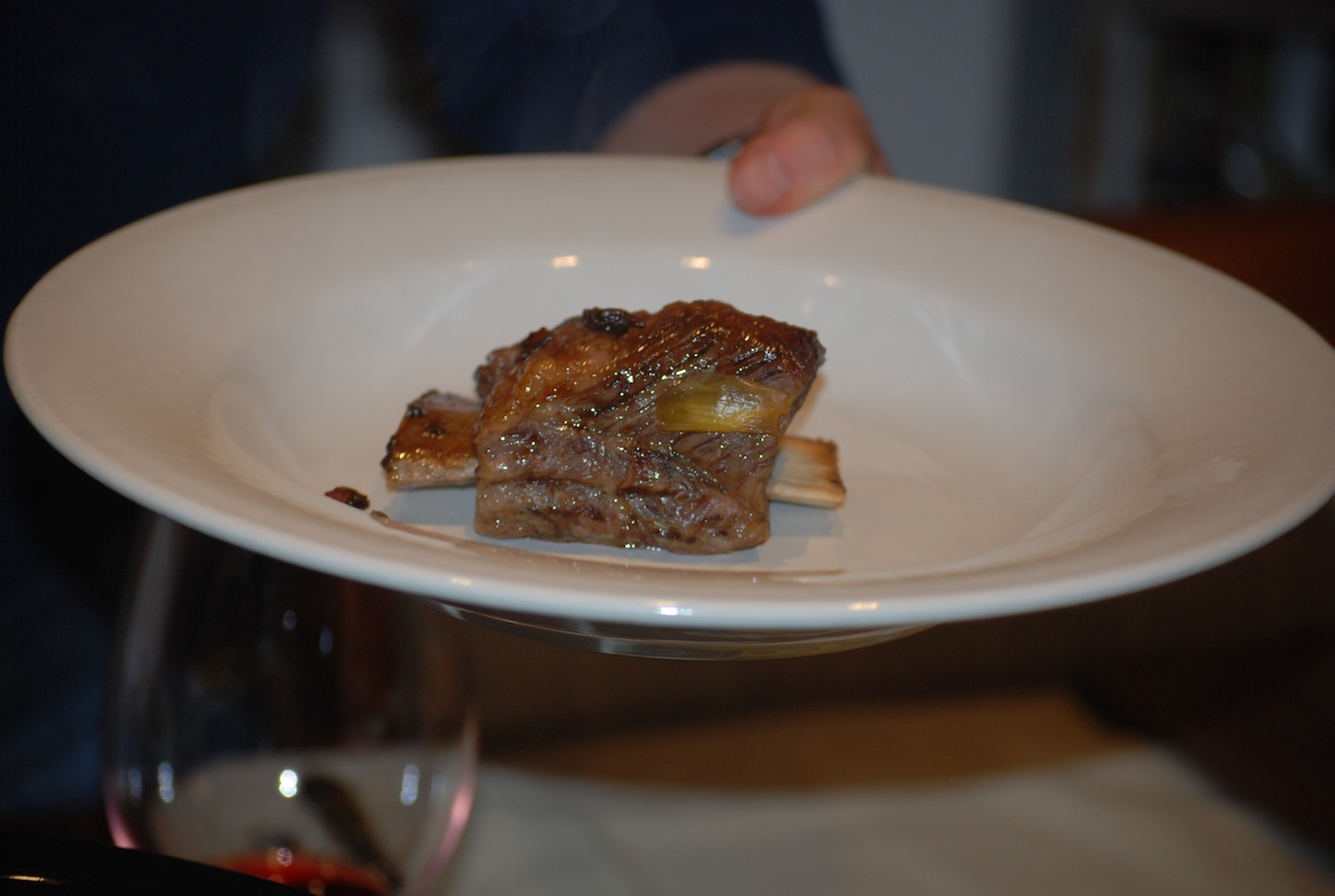 I served this incredibly delicious and easy to prepare Asian short ribs on Friday night with friends looking for an excuse to open some spectacular wines that needed to be drunk. Any excuse will do.

The original recipe comes from an article about slow cookers by Mark Bittman where he says about a slow cooker, "I call it the Monster of Braising. I use it almost every day. Go ahead and sneer. I love my slow cooker. Essentially a small, closed electric pot that provides extremely low and reliably even heat, the slow cooker is simple, safe and, as long as you don't try to stretch its capabilities, virtually foolproof."

I am in complete agreement and love my slow cooker but there was one problem,  I needed to double this recipe and my crock pot wasn't big enough. I ended up using one Le Creuset French Oven and one Loge Cast Iron Dutch Oven.

After a little research on the Internet, I learned that the LOW setting on a slow cooker is around 200 degrees F and the HIGH setting is around 300 degrees F. So I set my oven to 200 degrees F and let this dish cook for about 6 hours and they were done and delicious. Because everyone's ovens are a little different, I suggest you check after 5 hours and see how the ribs look. If they are tender and falling off the bone or the meat shreds, they are ready to go.

There is a lot of confusion when talking short ribs. I have looked at dozens of sites and one describes the different cuts one way and another describes them differently. I found a site called Amazing Ribs that describes them clearly. Not only short ribs, this site describes every kind of rib you have ever eaten. Here's my attempt with their help.

Short ribs come bone-in or boneless and can be cut in different styles. If you are familiar with pork spare ribs, beef short ribs are larger and a little meatier version of the same cut of meat. They are cut from the lower rib area called short plate. (see my beef chart page) These ribs are located "in front of another inexpensive, chewy but flavorful cut, the flank steak, and just behind another favorite cut for barbecue, the brisket."

According to Amazingribs, "there are usually 4-5 bones from 3 to 8 inches long sold as a rack or as a package of individual ribs." I can't say I've ever seen a whole rack sold in any market. They usually come as individual ribs or Short Rib Riblets where they come as a single bone and range in size from 2 to 6 inches.

Here the 4 to 5 rib bones are cut only about 1 inch long so you have a section of ribs 9 inches x 1 inch with bone in.

These are the type I like to buy and used in this recipe. The meat is cut right off the rib bones so you have meat measuring about ½ to 1 inch thick and 8 inches long with no bones. 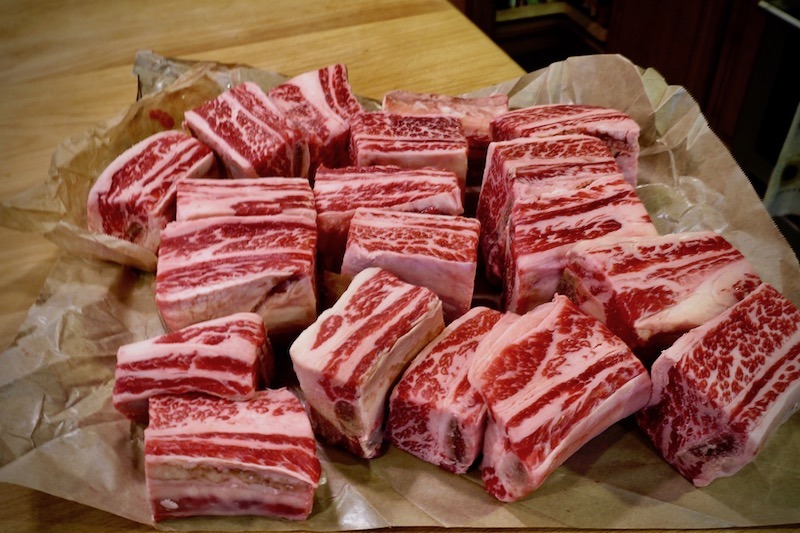 Chef Bittman's recipe calls for two ingredients that you may have trouble finding unless you have an Asian supermarket near you or a very well stocked health food store. I went to two grocery stores near me and couldn't find either one so I made some substitutions as described below. I did do a quick search on Amazon.com for these two ingredients and found they are available online.

According to Amazon's product description, "Star anise is a star-shaped seed pod with a licorice taste similar to regular anise, only stronger. It is about one inch high with eight segments and a dark brown rust color. Star anise is a key ingredient in many Chinese, Vietnamese and Indian kitchens and can replace regular anise in western recipes."

I substituted a fennel bulb, an anise flavored plant that you may be interested to know is one of the main herbs used in the preparation of absinthe, a very powerful alcoholic drink popular in France in the late 19th century. I am a big fan of fennel and use it raw in salads where its licorice flavor adds to greens and when braised mellows out and gives chicken and meats a wonderful extra layer of flavor.

Interestingly enough, Sichuan peppercorns are not related to what we know as black peppercorns but are according to Wikipedia, "the outer pod of the tiny fruit of a number of species in the genus Zanthoxylum, widely grown and consumed in Asia as a spice."

Sichuan pepper has a lemony flavor and causes a tingly numbness in the mouth. Both Star Anise and Sichuan Pepper are ingredients in the popular Chinese Five-Spice Powder available in most supermarkets. This combination of spices contains all five flavors important in Asian cooking including sweet, sour, bitter, pungent and salty. I suppose I could have just substituted this spice for both ingredients. I ended up using fennel and black peppercorns and the results were fine. 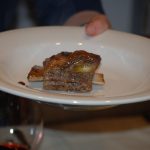