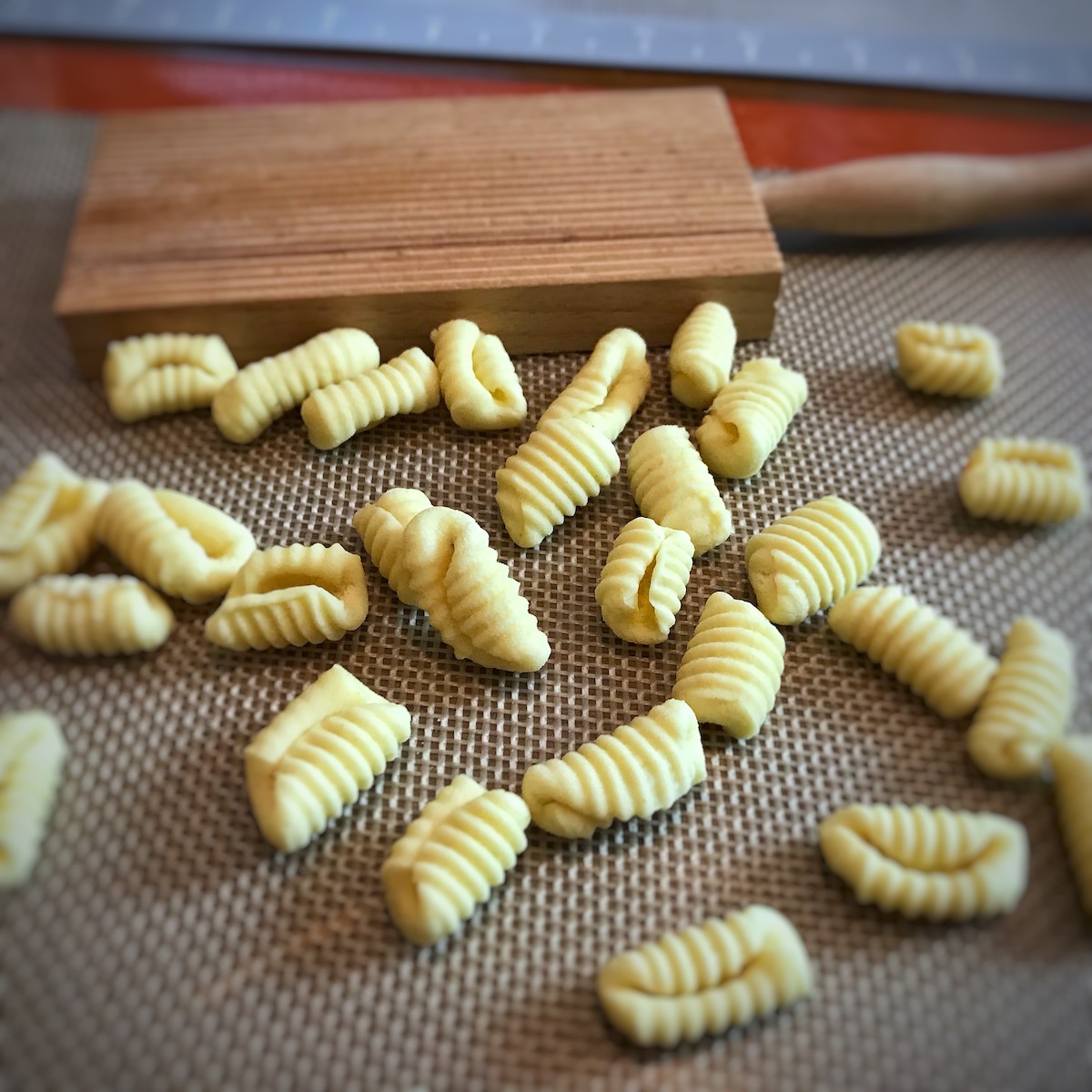 My daughter gave me a wooden pasta board that can be made for gnocchi or cavatelli pasta. So one afternoon, we made some fresh pasta and prepared a batch of fresh cavatelli pasta for dinner that night.

We had a blast seeing who could make the perfect cavatelli. Since then, I've had store-bought cavatelli, and they are fantastic but not as good as preparing them with your daughter. 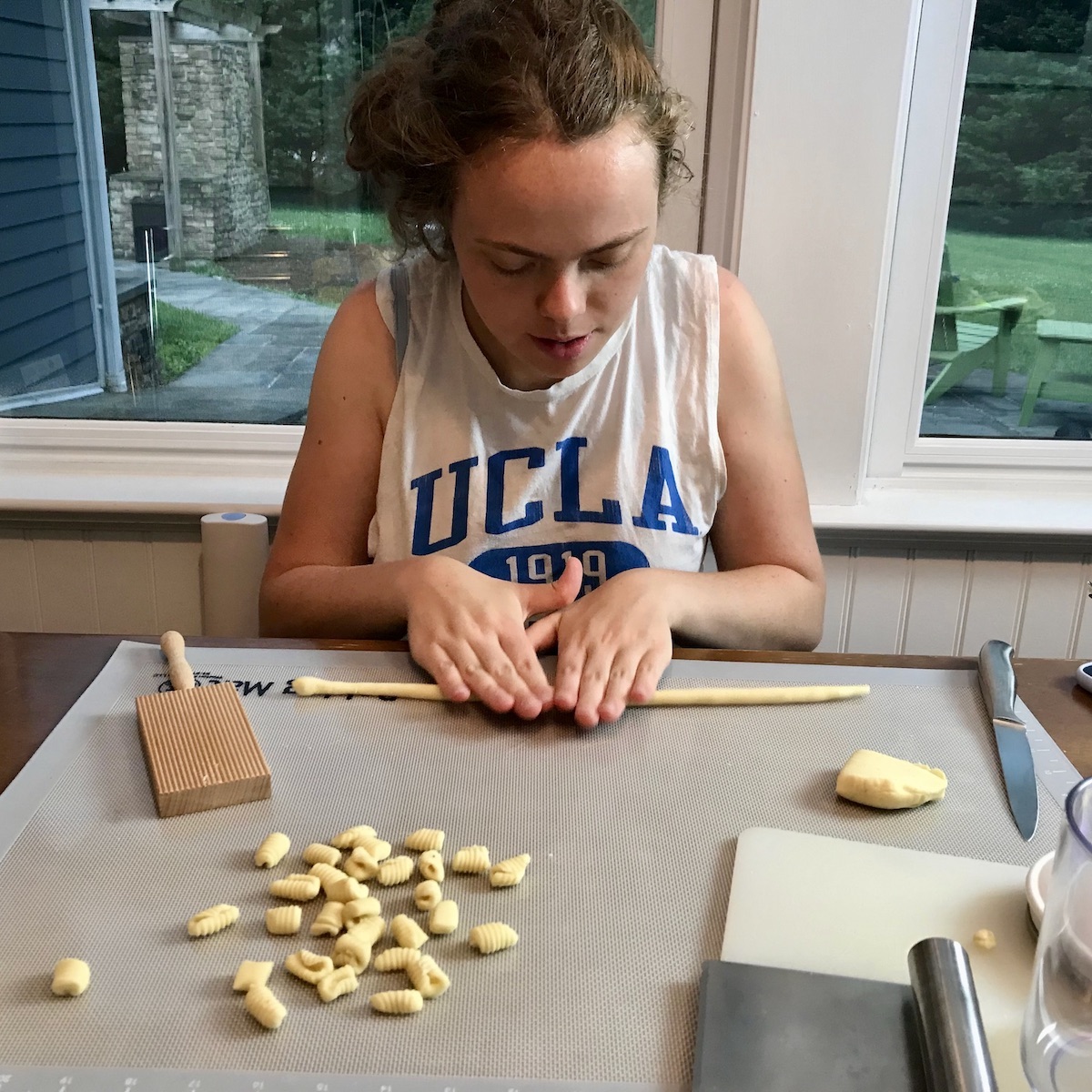 Shape: They are shaped like tiny little hot dog buns but are considered shell pasta because they are hollow, like a sea shell you might find at the beach. I've seen them with and without the corrugated lines, as shown in the photo above. (these are cavatelli my daughter and I made)

I've also seen them short and stubby like above or long and thin. But they are easy to make at home if you have one of those little wooden blocks, as shown above.

What Does the Name Cavatelli Mean: Cavatelli in Italian means "little hollows," which comes from the Italian word 'cavare,' which means to 'hollow out.'

Where Do They Come From: Cavatelli comes from a region of southern Italy called Molise. It is considered one of the oldest pasta in Italy. Wow!

What Are Cavatelli Pasta Made With: Cavatelli is made with durum wheat semolina flour and water, no egg. 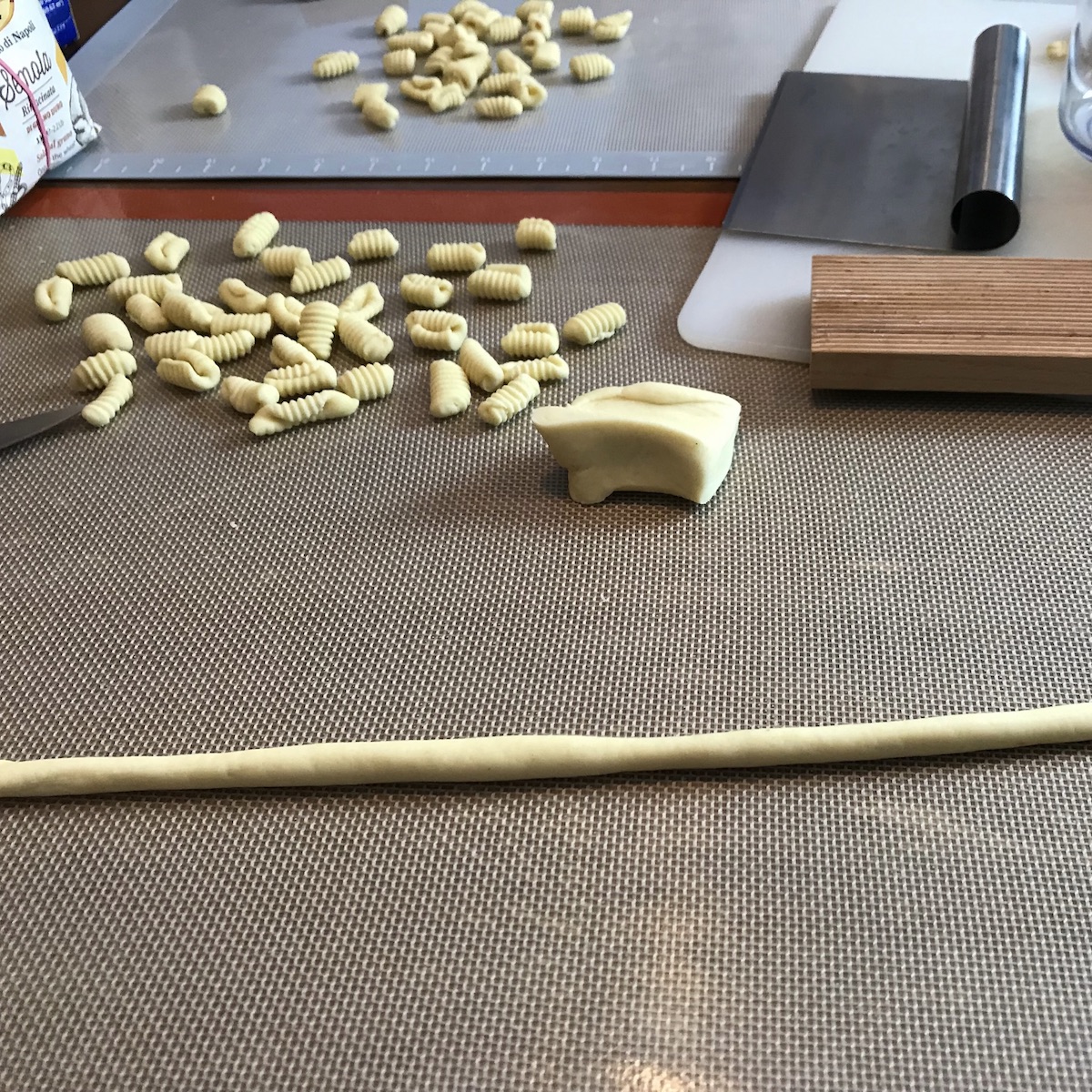 Association: I have them listed as shell pasta, but after some research, I've found they also belong to a group called 'strascinata' or dragged pasta. This is because they are made by dragging the pasta dough across a pastry board, like in the photo above.

Festivals: I've learned about several festivals in southern Italy featuring cavatelli; that's how important it is to the region. The celebrations occur in July and August in Petrella Tifernina, Tufillo, Vitorchiano, and Rutigliano. 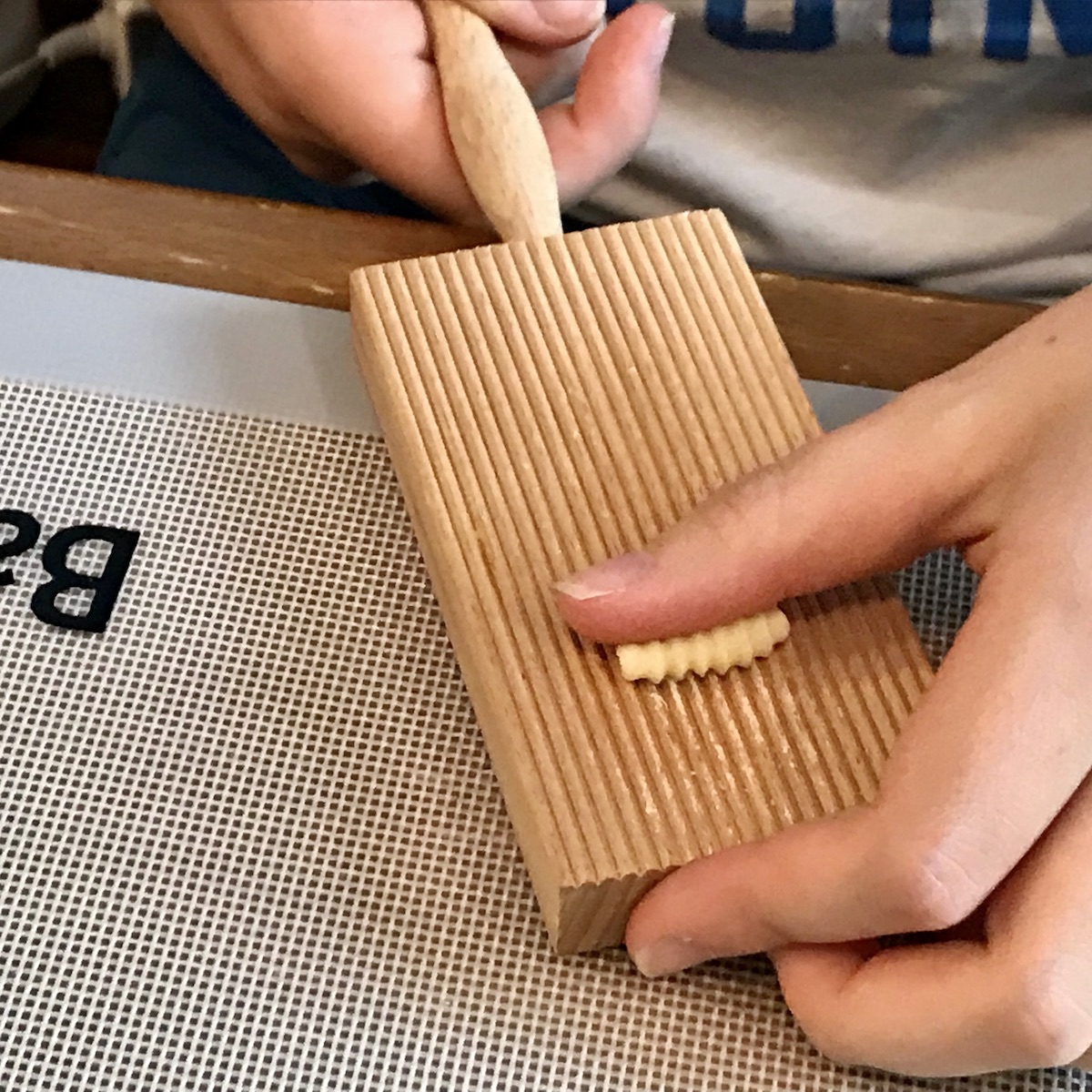 Where to Find Cavatelli: You may not be able to find cavatelli in your local supermarket, but you may find some at places like Whole Foods or Wegmans. Also, an Italian specialty store should have them, or you can find them online.

Sauces: Because of their shape, I would think meat sauces are perfect for cavatelli, but I wouldn't let that stop me from serving with tomato sauces and veggie sauces. Here are some recipes I've served with cavatelli.

Trivia: For the Soprano fans out there, they were called 'gavadeels' [gah-vah-deels] on the show.

Some of My Favorite Pasta Recipes