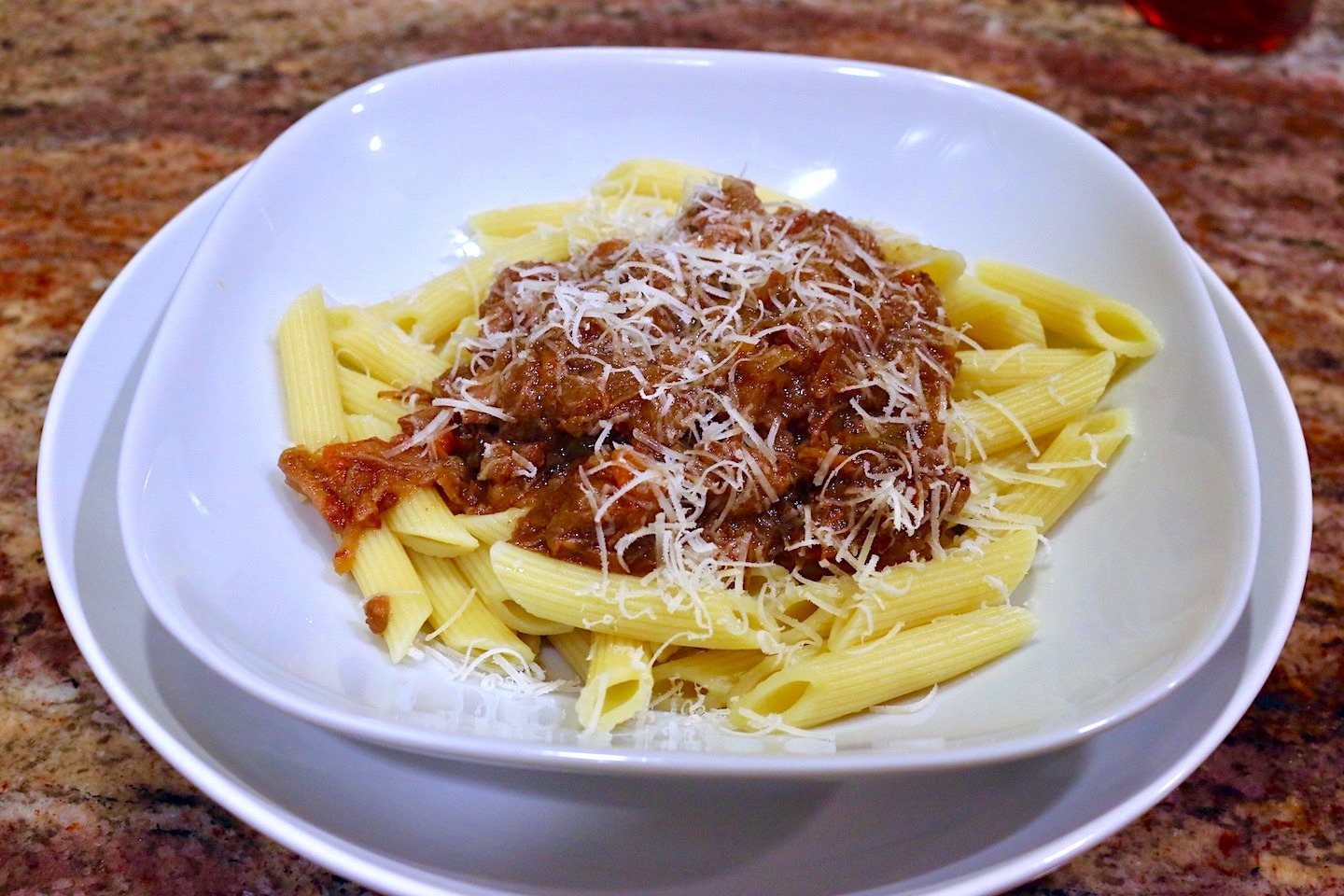 My wife read about this recipe in the New York Times a few weeks ago and we had to give it a try. It is a very simple southern Italian dish that reminds me a little of another favor pasta sauce but from the northern town of Bologna called bolognese sauce.

Both are meat based although bolognese uses a combination of ground beef, veal and pork and both use onion but a lot more in this Genovese sauce. In fact, the traditional recipe calls for two parts onions to one part beef and a whole lot of patience.

Simple But Not Fast

As you can see from the list of ingredients, there are very few of them so the prep time isn't that long. However, the time to break down the onions (and there are a lot of them) and then the beef is considerable so don't plan on making this one when you come home from work midweek.

The article suggests boiling the onions, a not so traditional technique, to speed up the cooking process. We went with the old fashion method of slow cooking them for a longer period of time.

What Pasta Should You Serve With Genovese Sauce?

Ideally you want to use a large pasta like rigatoni with ridges and holes that the meat sauce can find its way into. Ziti is another good choice as well as penne which is what we used.

Timing is important. The onions and meat are going to take a while. How long? At least 2 hours and up to 3 hours. Then you'll need another hour to finish the sauce.

Another way to go is to make the sauce the day before and then it's just a matter of cooking the pasta and serving with some Parmesan cheese. Up to you. 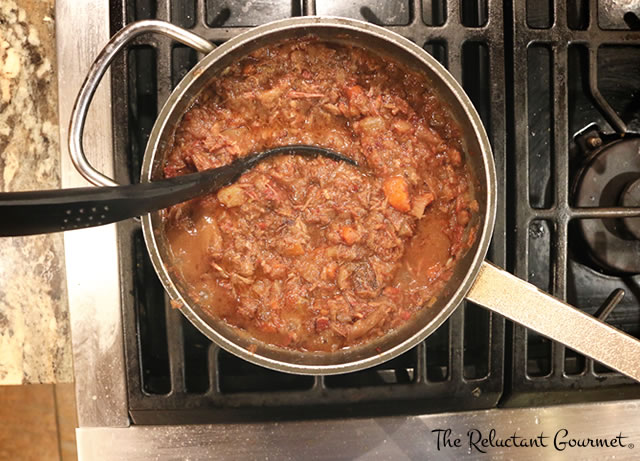 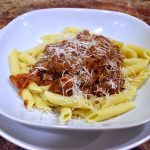 Al dente translates to “to the tooth” or “to the bite,” and it means that the pasta should still provide some resistance instead of being completely soft all the way through.
« Basic Roast Beef Recipe
Important Mixing Techniques For Baking »