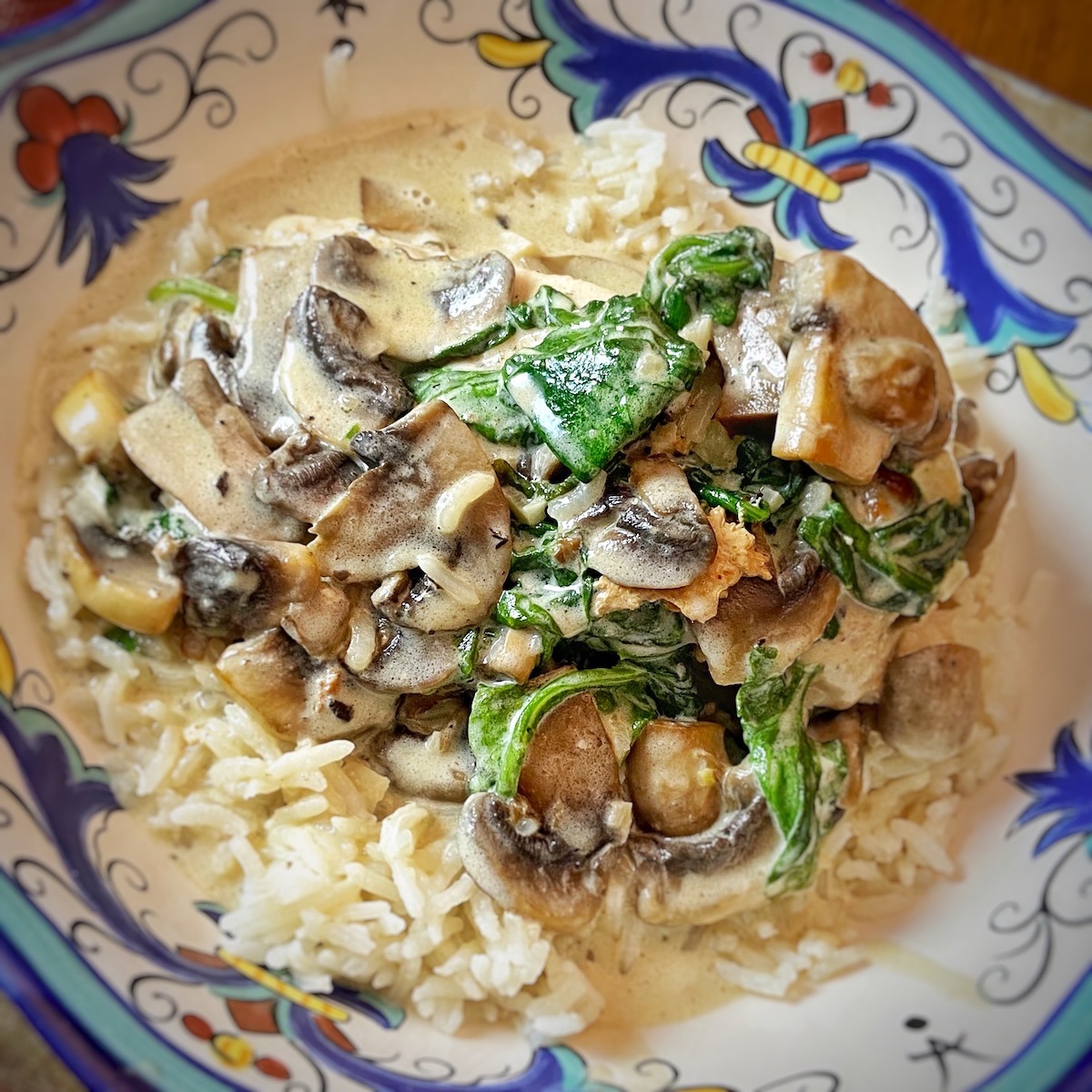 We were lucky to have both of our daughters home this week, and as always, the most time we spent together was in the kitchen and at the dinner table.  Tuesday was a miserable day weather-wise since the residuals of Hurricane Isaias were upon us, so everyone was in the mood for “healthy” comfort food. How about chicken, mushroom and spinach?

When I think of comfort food I think of dishes like macaroni and cheese, or chicken pot pie, or any kind of stew.  And because of the nasty weather, I wanted to make do with what we had on hand, starting with the giant bag of fresh spinach that had been sorely neglected.

I decided to draw on one of my favorites, Chicken Thighs with Mushrooms and Artichoke Hearts, substituting spinach for the artichokes.  I also wanted to borrow from the mac & cheese concept and incorporate a creamy, cheesy sauce….but not TOO heavy since it’s August and, well, “healthy”.

I started rooting around in my freezer and fridge to see what we had available.  I defrosted a package of six boneless, skinless chicken thighs plus a quart of homemade chicken stock.  I pulled a package of mushrooms out along with the spinach, and started to cook.

First, I cut the thighs in half to make the sizes more manageable, then dried them with paper towels and gave them a dash of salt and pepper.  I heated a large frying pan, big enough to handle all the chicken at once, over medium high heat and threw in equal parts butter and olive oil, about a tablespoon of each.

Once the butter melted, the chicken went in next.  I cooked the thighs for about four minutes per side, until the internal temperature read 165° F.  If you prefer chicken breast, you can certainly substitute boneless, skinless breasts; the cooking time may vary.

While the chicken cooked, I cleaned a 10 ounce package of button mushrooms with a damp paper towel to remove the dirt and sliced them up.  You can use any fresh mushroom variety, this is just what we had.

Once the chicken was cooked on both sides, I removed it from the pan, covered it in foil, and set it aside.  In the same pan, add another round of butter and oil, and when hot, add the mushrooms.  I like to let them sit without much fuss, so minimal stirring.  Five minutes later, the mushrooms were also relegated to a separate bowl so I could make up a sauce.

I wanted to add some garlic to the dish, so I decided to mince and sauté 5 cloves (we like a lot of garlic) in butter and oil before making a roux for the sauce.  Using the same pan that the chicken and mushrooms cooked in, I added butter and oil, about two tablespoons of each, and sautéed the minced garlic over medium low for a couple of minutes, watching it closely so it wouldn’t burn.

Then I added about a tablespoon of flour to the garlic, butter and oil, and whisked until it was all mixed in.  That’s all it takes to make a roux.

Then I drizzled in a cup of chicken broth and a cup of half and half.  I used half and half because that’s what we had, but heavy or light cream, or even sour cream could substitute.

Once the sauce was simmering, I threw in ½ cup of grated Romano cheese for that comfort food feel, and of course my favorite, Morton’s Nature’s Seasons Seasonings Blend to taste, for the finishing touch.

Now onto the spinach

I grabbed two handfuls from the bag and dropped it into the sauce, stirring to help the wilting along.   I then returned the mushrooms to the sauce, gave it a stir, and finally, nestled the chicken pieces into the sauce, adding in the juices as well.  Another 3 or 4 minutes of simmering and the dish was complete.

I could have served this as is, but since I had 3 cups of broth defrosted from my original quart, I decided to make rice.  I just combined 1-½ cups of brown rice with the 3 cups of broth in a rice steamer, and voila!  It was rich and creamy and really enhanced the “comfort” of the dish.

We just put a scoop of rice in each of four dinner bowls, topped with the chicken pieces that we doled out in relatively equitable fashion, and spooned sauce over everything.  It was a huge hit with the fam, and we even had rice left over for a breakfast fave – rice and spinach with poached egg.

So give it a try, with whatever you have on hand, and I promise you will not be disappointed. 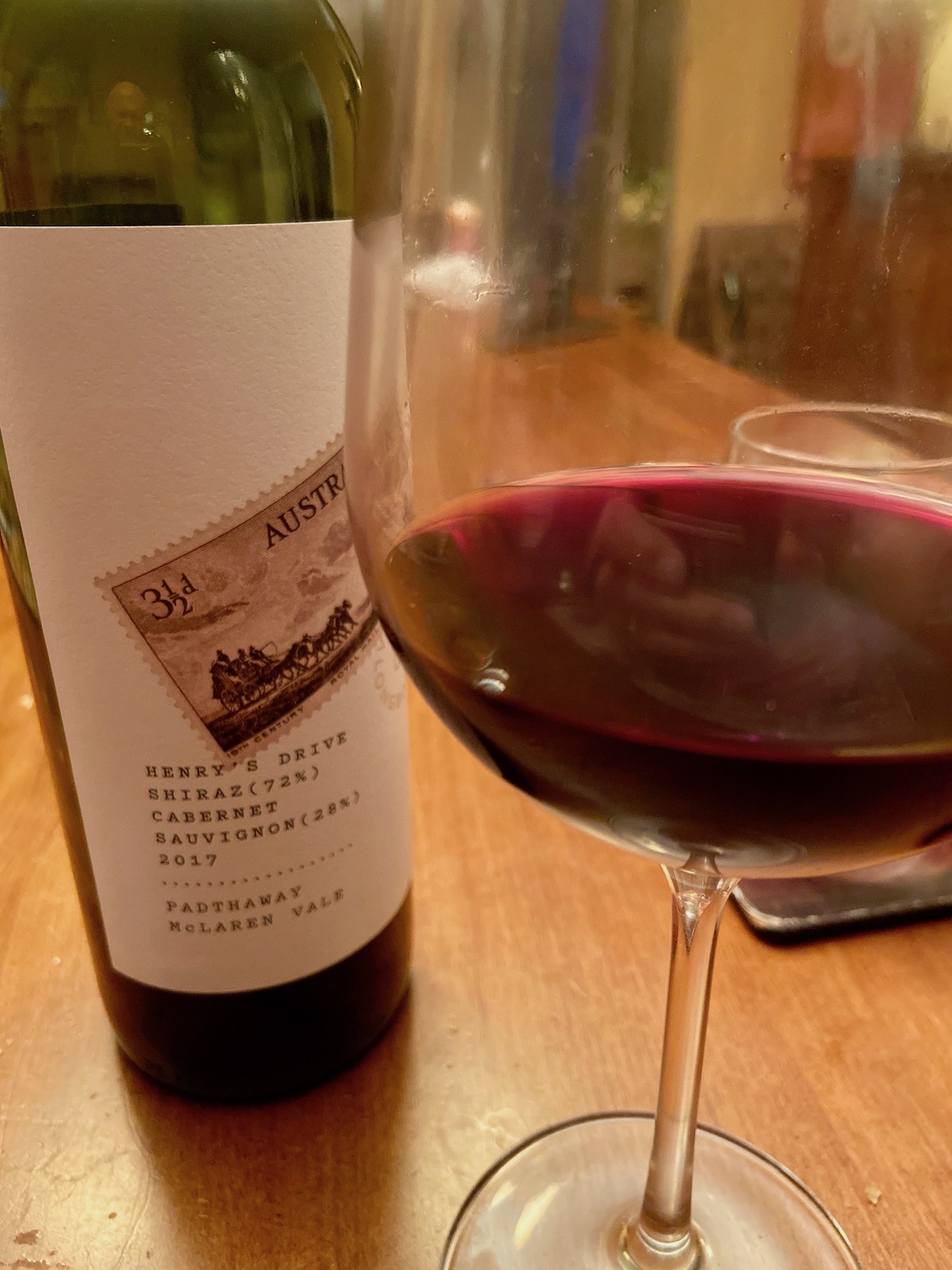 We served this tasty dinner with a 2017 Henry's Drive Shiraz (72%) Cabernet Sauvignon (28%) from Padthaway McLaren Vale, Australia. This is called the Adelaide Hills Region.

I learned online that back in the 19th century only horse drawn coaches transported mail and people to this part of South Australia. The coach drivers were highly regarded by their passengers and appreciated their local knowledge.

The coach driver proprietor in this area was Mr Henry John Hill who drove through a property owned by the Longbottom family of Padthaway. Back then, routes were know as Drives and this is where the name Henry's Drive comes from. 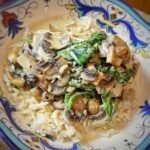