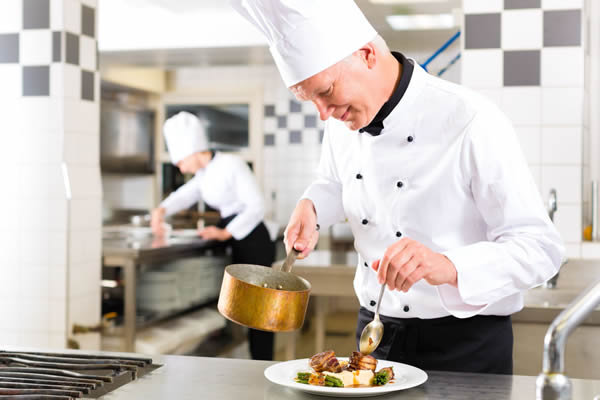 For as long as there have been culinary institutes in the United States, there has been an emphasis on classical French culinary training. France has long been hailed as the forefather of all things culinary; gastronomes and chefs have been traveling there for centuries to get the most delight for the palate as possible.

As such, classical French training – especially when it comes from direct travel to France or classes at the prestigious Le Cordon Bleu – has become synonymous with class, taste, and just great cuisine.

The reason French cuisine is such a staple of the top culinary schools is that it is at once deceptively simple and decidedly complex. Overall, French cooking is based on very rudimentary concepts that have been perfected over the years. Rich sauces, specialty cuts, and robust ingredients have always played an important role in French training, but using them well requires a good knowledge of the culinary field as well as basic skills not taught everywhere.

For example, the soufflé has long been a staple of French training. The ingredients are few and the steps simple, but actually getting the soufflé to rise and become the perfect texture is something that many culinary students never really can master. That's because it takes a certain finesse and connection with the ingredients.

Baking schools with a French flair have an additional draw, as well. Known as a country where the pastries are rivaled only by the wine, France has a reputation for being a gourmand's dream.

While having classical French training can go a long way in lending you the prestige you need to land a great culinary career, it tends to come at a higher price and require a little more dedication. If you really want to be steeped in the methods, than a school that focuses solely on French techniques might be for you.

Other schools, including the Institute of Culinary Education, offer French training as one of the many components of a great culinary education. Either way, you can develop the skills you need to break away with your own signature flair.