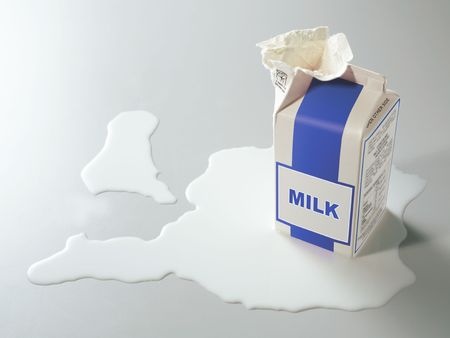 This phrase essentially means what’s done is done; it is useless to get upset over something that has already occurred. Once the glass of milk has been knocked over, you had better pour yourself a new glass.

The origin of this phrase is not definite, but the most specific mention of this expression traces back to 1659, when James Howell wrote “no weeping for shed milk” in his work called Paramiography.

The phrase is also connected to European fairy folkloric tales. The belief was that fairies enjoyed drinking spilled milk so the loss off it was not a complete waste.

The idiom also appeared in the book, Banking Under Difficulties from 1888. In the book, a man had just been robbed of all his cash and was out of town. Despite the serious predicament, the man said: "It was no use, however, crying over spilt milk."

Although in a difficult circumstance, the robbed man realized that there wasn’t much he could do to rectify the situation, and therefore chose not to dwell. We are now accustomed to reminding one another “not to cry over spilt milk” when something disheartening occurs, particularly something irreversible.