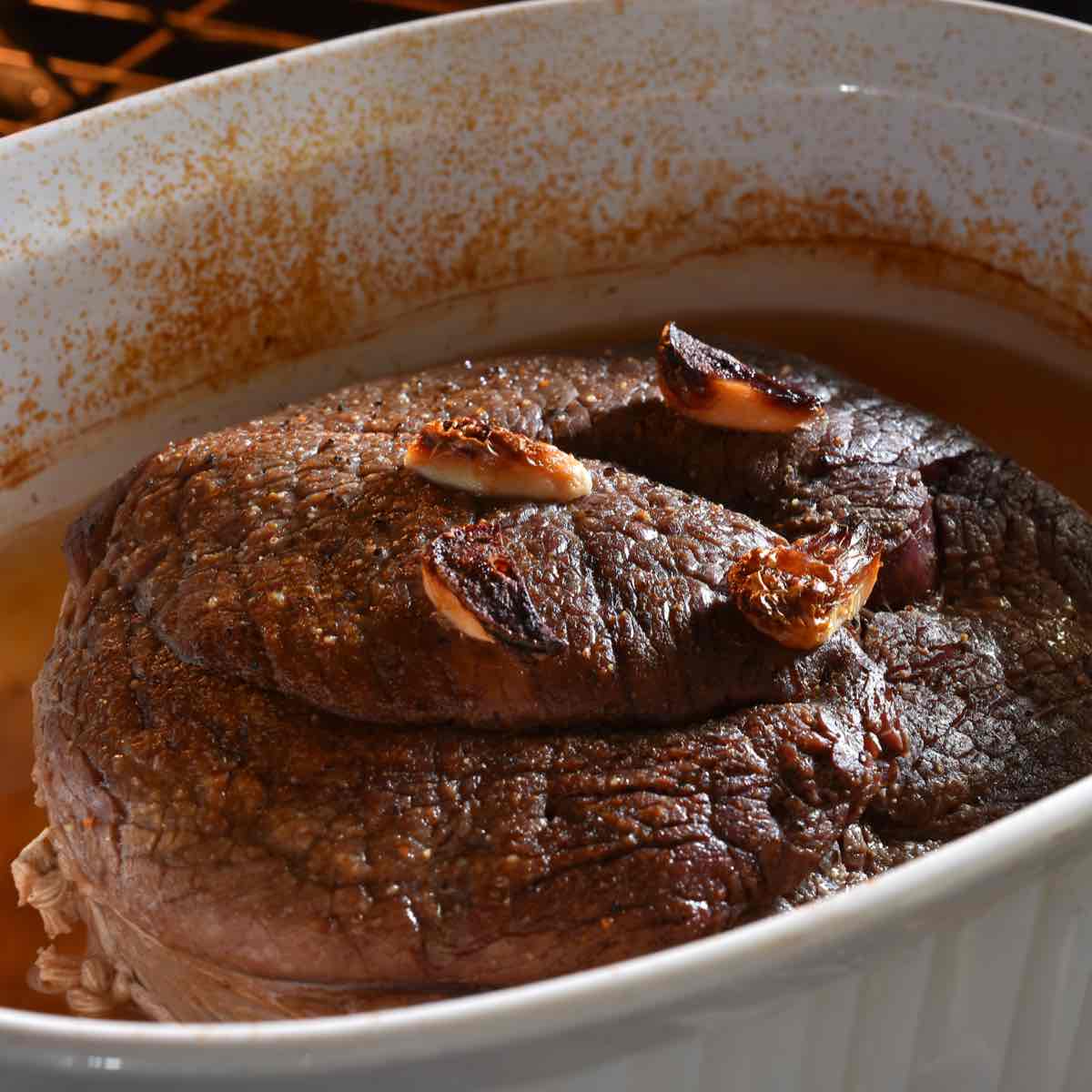 I just purchased an already seasoned Lodge Dutch Oven. I opted for their 7 quart Dutch Oven with the spiral bail (handle) and iron cover.

They also make a 5 quart and 9 quart version but 7 quarts is large enough to handle a lot of short ribs or chuck for braising and still fit into my new outdoor wood-burning oven. The reason I purchased this giant cast iron pot was to be able to use it in the outdoor oven and my friend Barbecue Bob has one and highly recommended it.

The problem with some of the other fine Dutch (French) Ovens like Le Creuset are the plastic handles on the covers that max out at 400ºF and the smoke makes them difficult to clean.

The Logic Dutch Oven from Lodge is rated a "Best Buy" by Cook's Illustrated and that's good enough for me. The spiral bail (handle) is good for transporting the pot from the outdoor oven to inside.

What is a Dutch Oven?

Basically it is a heavy cooking pot made out of cart iron that has been used for slow cooking in America for more than two centuries. Think of those old western movies where the cowboys are all sitting around a campfire with a big black pot hanging above it usually filled with beans and pork fat.

In the past you could only get them unseasoned unless you purchased a used one. Today they come pre-seasoned so you can use it right out of the box. I'll work on an article about the pros and cons of purchasing Dutch Ovens soon, but let's go to a very simple recipe for Dutch Oven Pot Roast.

Nothing could be easier and have as much flavor as slow cooked beef in a Dutch Oven. I had picked up a couple of chuck steaks each weighing about 2½ pounds at Costco the day my Dutch Oven arrived from Amazon

. I used one of them for this pot roast and vacuum sealed the other for the freezer.

Chuck is a great meat for braising. It comes from the shoulder and neck area of the cow and is very inexpensive. Too tough for grilling, but perfect for the tenderizing effect of slow cooking (braising) in some beef stock.

And with the addition of some vegetables, you can have one of the best sauces imaginable. (See My Beef Cuts Chart) 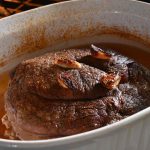 I guess I could have done everything in one pot, but I thought it would be easier to brown the chuck and vegetables in a fry pan and then assemble everything in the Dutch Oven. To serve, spoon some of the incredible sauce onto a plate and place a couple of chunks of meat on top of it. My daughter made her favorite Near East Rice Pilaf that she doctored with some pesto, her own creation that worked perfectly with the pot roast. You could also cook up some potatoes or white rice or even couscous. This is as simple as it gets for braising and if you were served it in a restaurant you would be happy with it my way of telling if a recipe works.
« Import Ban On Caviar
Pan Seared Pork Loin with Pomegranate Port Reduction Sauce »