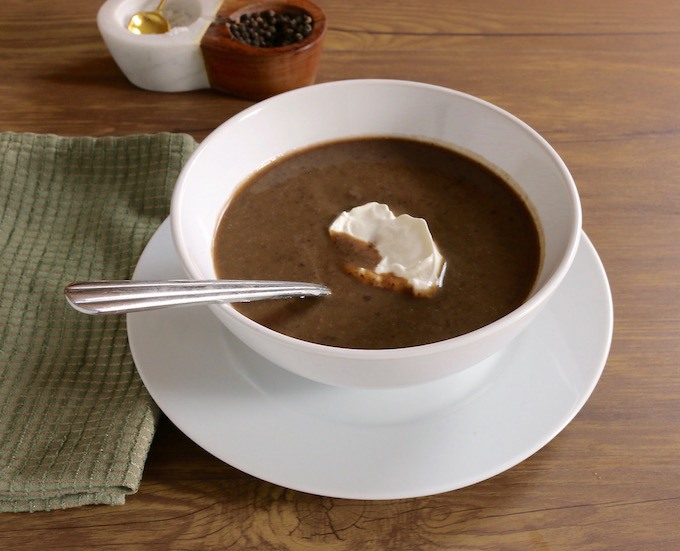 How to Make Incredible Black Bean Soup in an Instant Pot

For Christmas, I received my very first Instant Pot, the most popular holiday cooking gadget as reported by Amazon. This amazing multi-cooker is part sauté pan, slow cooker, ricer, steamer, yogurt maker, and most importantly, a pressure cooker

The first thing I prepared after receiving it was hard-boiled eggs. I was a little skeptical that I could prepare 6 hard-boiled eggs in 6 minutes that would be perfectly cooked and easy to peel but it was true.

Now it does take a little longer than 6 minutes. You have to let the pressure cooker get up to steam which can take a few minutes and then you have to let the steam out at the end which also takes a couple of minutes but the results are worth it.

In the past, I would make my black bean soup using canned beans and be very happy with the results. Rarely would I start with dried beans that some say needed to be soaked overnight and then cooked.

Some say you just need to give them a quick soak before cooking and then there are others who say you don't have to soak them at all but just cook the beans 15 minutes longer.

More important to me than how long it takes to prepare this soup is control over the ingredients. Using dried beans instead of canned beans let me control how much salt was going into the soup.

After having bypass surgery last year, I'm much more attentive to salt levels and other health factors in my cooking so it's nice to know exactly what I'm putting into a dish.

I'm guessing there are scads of black bean soup recipes out there depending on country of origin and nationality and I hope to try many of them with my new 7 minutes soup maker. This one is about as basic as you can find.

Although I used a recipe right out of the book that came with the Instant Pot, I did make a couple of changes to fit my own personal tastes. Also, from what I've been reading about InstaPots, most recipes, especially soup recipes, can be adapted to work with this machine.

One of the ingredients I added to my black bean soup is Sazón from Goya. Sazón is a seasoning popular in Mexican and Spanish cooking that typically contains cilantro, achiote, garlic, and salt.

Goya does have a no-salt variety called Sazón Natural & Complete or you can make your own.

Combine all the ingredients and store them in an airtight container. You only need about 1 ½ teaspoons of this Sazón mixture to equal one of those little packets from Goya.

Now that I'm reading about Sazón from Goya and its ingredients after the fact, I may not have made the healthiest heart choice but I don't think 1 ½ teaspoons is going to make that much difference and it does add some nice flavor. 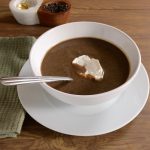