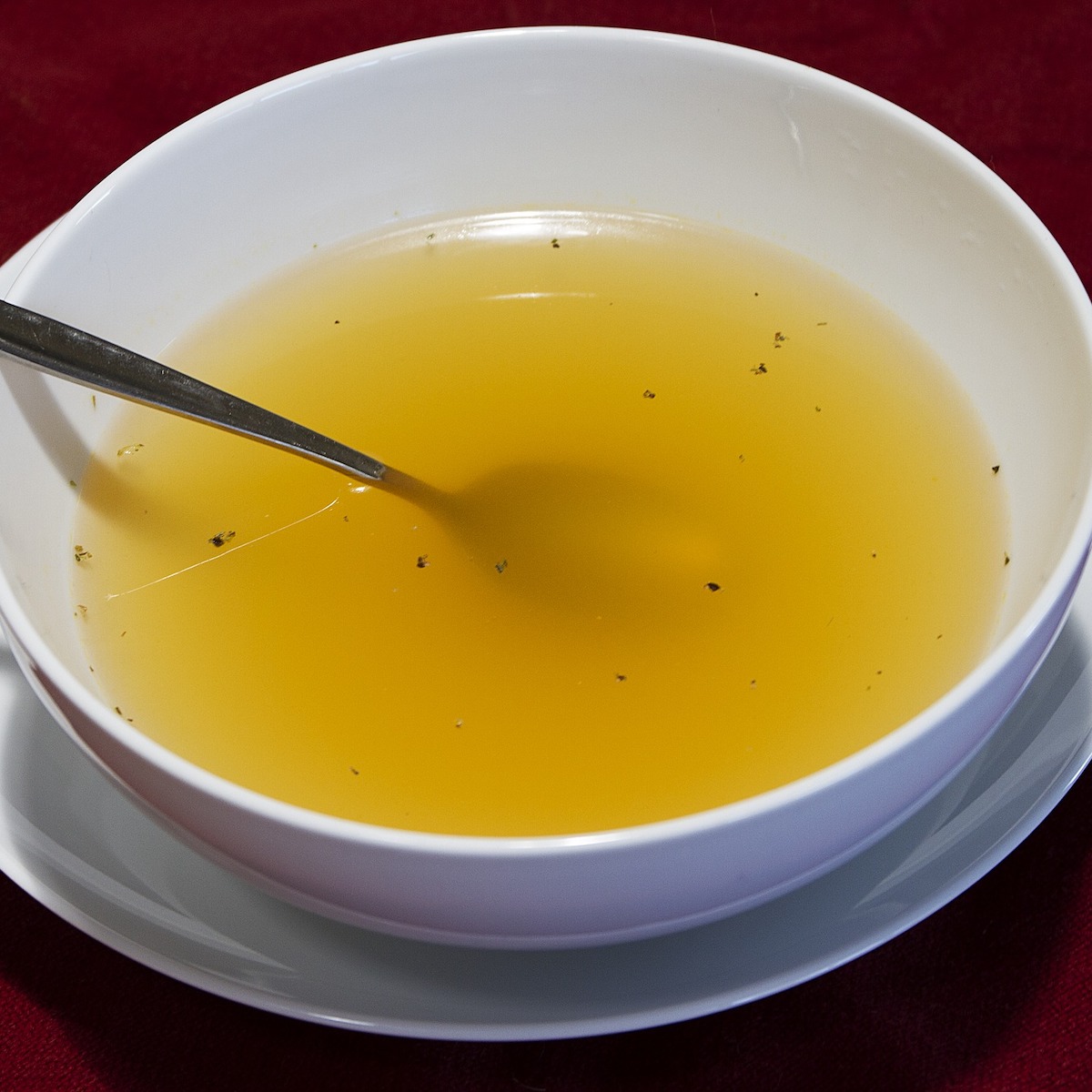 The Difference Between Chicken Stock and Chicken Broth

I am constantly asked, "What's the difference between chicken stock and chicken broth?"

Many cooks and chefs use the words "stock" and "broth" interchangeably.  I have done a lot of research on the subject to clear up this issue, both for myself and for my readers.

My conclusion:  there is no real way to clear up this debate.

Unsurprisingly, it seems that most chefs and sources fall into one of two camps:  the one that uses the words interchangeably and the camp for which there is a distinct difference between broth and stock.

And be careful, I have received some pretty heated emails from people who don't agree with my definition and can only respond by asking if we can agree to disagree?

Some definitions state that a "broth" is a finished product that can be served as is, while a stock is a component of a dish and is never served on its own.  According to these definitions, the only difference between the two could be the addition of salt to make a broth out of a stock.

So What Is Broth and What Is Stock?

For the sake of clarity, I think that home cooks should understand the distinction, when one is made.  Broth is made when vegetables and/or meats are simmered gently in water to extract all the flavors.

Stock is made when vegetables and meaty bones are simmered gently in water to extract all the flavors.  Simply put, if the mixture was not made with bones, it is not a stock.

*Disclaimer: Understand that the distinctions are very murky.  I am trying to clarify the distinction based on my research and what some of my chef friends have told me.  If you have read/learned otherwise, it is a matter of source more so than a matter of right and wrong.

To me, a stock brings body to a finished dish.  Broth brings flavor.  Heating bones (as well as vegetables and meats) gently in hot water extracts a lot of gelatin.  This happens when the connective tissues attached to the bones, as well as within the bones themselves, melt and dissolve into the surrounding liquid.

If you have ever made a stock with a high proportion of bones, you will notice that the stock has a jelly-like consistency when chilled.  This happens when the gelatin sets up in the refrigerator, much like a favorite gelatin dessert!

The downside of making a stock with just bones is that, while you get a lot of body, you don't really get a lot of meaty flavor.  In order to have a full-bodied, meaty stock, you really need to use a combination of meat and bones.  Make a stock with both, especially if there will be minimal finishing before serving.

If, for example, you are going to use some stock as a braising liquid, plenty of meaty flavor will come from the meat to be braised.  In that instance, the stock would not necessarily have to be meaty to begin with.

If, on the other hand, you are going to use your stock as the main liquid component in a soup, you might want to start with a meatier-flavored stock.

When you want the flavor of a dish to be more pronounced than the body, you might consider making a broth.  Personally, I find that a hearty, meaty soup can sometimes be a bit overpowering when made with a rich stock.  In these cases, I prefer using as a base a flavorful but lighter broth.

As an illustration of the differences between broth and stock, consider these recipes for chicken broth and chicken stock: 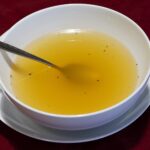 For both of these recipes, the procedure is the same.

After all this, I’m not really sure that I have cleared up the debate for you. I do know that, when I have the time, I will always choose homemade broth or stock over canned, mostly because I can control the ingredients and the amount of salt I add. We’ll also have to talk more about those bouillon cubes that are so salty with some chicken flavor added and should be avoided at all costs.
« The Hospitality Industry and Theme Park Careers
Culinary School: Is it Better to Live on Campus »