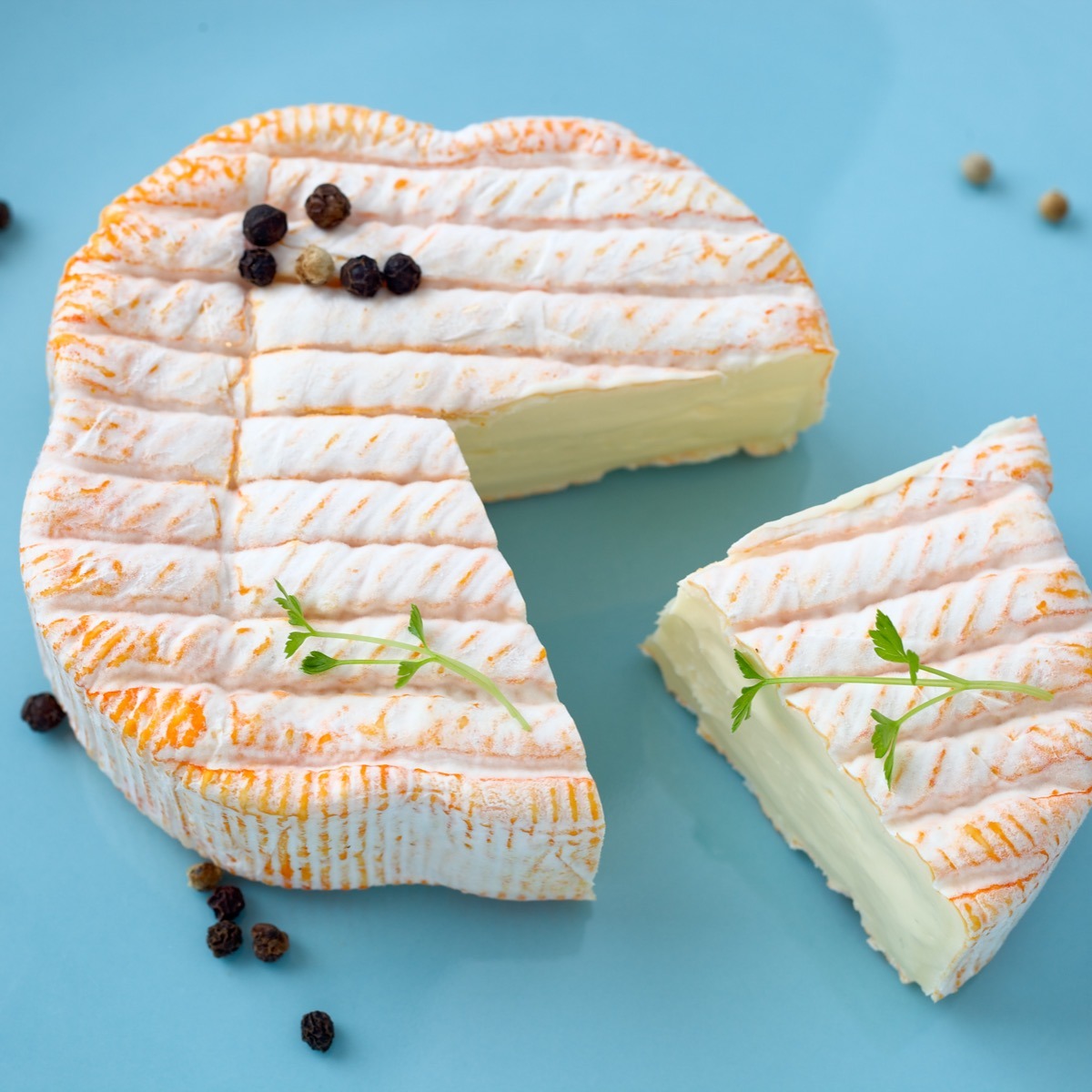 Can You Eat Brie Crust Even Though It Is Mold?

Bill Overton asked on my blog posting Learning About Cheese, "Can you really eat the moldy brie cheese? I'm always afraid to eat it, but I have a friend who knows a lot about food, who says it's okay to eat".

I'm not sure if Bill was referring to the outside rind (skin, crust) on Brie, a mold in itself, or if it develops on the outer skin. So let's start by looking more closely at Brie.

Brie is a soft-ripened cow's mild cheese that is said to have a bloomy rind. It gets its name from the town it originated in, France. The outside casing is a white mold that often has an ammonia smell, making it unappealing to some.

Brie is made much like other cheeses; rennet is added to raw milk, heated to the right temperature, and then cast into molds and allowed to drain for hours. It is then removed from the molds, salted, and sprayed with a "good" mold like Penicillium candidum. It is then aged in a cellar for four to five weeks.

During this time, the cheese ripens from the outside in because of the mold that has been introduced to the surface of the cheese. As Steven Jenkins' Cheese Primer says, "The bacteria slowly penetrate the interior, turning it from a chalky, crumbly, bland cheese into a soft, nearly liquid wonder."

So Is Moldy Brie Edible

Absolutely! That is, of course, you don't have any mold allergies. However, most doctors advise you to avoid soft cheeses like Brie, Roquefort, Gorgonzola, Camembert, or any other mold-ripened cheese if you have a mold allergy.

Some people ask, "How can you eat moldy brie? Isn't it bad for you?"

Well, it turns out there are good molds and bad molds. The mold used to make Brie and Gorgonzola will not hurt you unless you are allergic to mold. So you can eat moldy brie.

Other species of mold may produce mycotoxins that can be dangerous and make you quite sick. It's why you don't want to be eating moldy bread. You don't know what type of mold it is so it is better to get rid of it.

The other thing to consider is if you like the crust's flavor. Some people think the white moldy crust on Brie has the most flavor. Others don't like it at all and go right for the soft center. When I serve brie at a party, I leave the crust on and let my guests decide for themselves.

I asked Cheeseman Jack about eating the crust on Brie, and here is what he said: " It is a matter of taste. Some people would never eat it and others enjoy the texture and strong flavoring rind may supply. Washed rinds, natural rinds, should never be eaten."

What About Moldy Brie Cheese?

So let's say you have some leftover Brie in the refrigerator that has not been rewrapped very well and it starts growing some green fuzz on it. Do you eat it?
Cut the fuzz off and eat the rest? Or throw it away?

Me, I'm throwing it out. But, I'm not taking any chances that the tiny little microscopic mold organisms with roots that burrow into the cheese are the "good" ones. I'll get mad at myself for not correctly wrapping the cheese up in plastic wrap or better yet, in my vacuum sealer that is perfect for cheese but I'll get over it.

With harder cheeses like cheddar or Parmesan or even semi-soft cheeses like Swiss, Muenster, or Asiago, I don't have a problem cutting off at least one inch around the moldy area to save the rest of the cheese, but I don't mess around with soft cheeses.

When I asked Cheeseman Jack (who has forgotten more about cheese than I will ever know) about this situation, he had a completely different take on this. He says,

"Most molds that grow out on soft-ripened cheeses are edible. Generally, you will not see any mold outside the expected penicillin molds on most available brie-type cheeses.

On Brie de Melun, you should expect red and greenish molds, but this cheese is quite rare and your readers will not come across it. If they do, it is from a shop that knows what they are doing. So in conclusion, either ignore the mold and eat it, remove the mold, or don't buy it."

Interesting, but I'm still not eating it.

I just picked up a used book called An Illustrated History of French Cuisine, published back in 1962 and in it, they talk about Charlemagne's (King of the Franks from 768 AD until his death in 814 and one of the first gourmands) first experience with Brie when he stopped by the monastery of Reuil-en-Brie to rest while returning home from a tiring day of battle with his Knights.

Here is what the author writes,

"The abbot ordered up from the cellars some of those marvelous cheeses, the fame of which in later years was to spread far beyond the borders of Brie. Charlemagne and his knights feasted well. At the first mouthfuls, however, everyone made the mistake of removing the crust. One of the monks respectfully called their attention to their error, whereupon the gentlemen abstained and willingly agreed that the advice was excellent.

"I thought I knew everything that could be eaten, ' exclaimed Charlemagne before the end of the meal. 'It was only vanity on my part... I have just discovered in this cheese one of the most delectable foods imaginable. '

'I desire that twice a year a goodly quantity of these cheeses of Brie be brought to my palace at Aix-la-Chapelle... And I pray you to see to it especially that they have a good consistency and also a good crust!' "