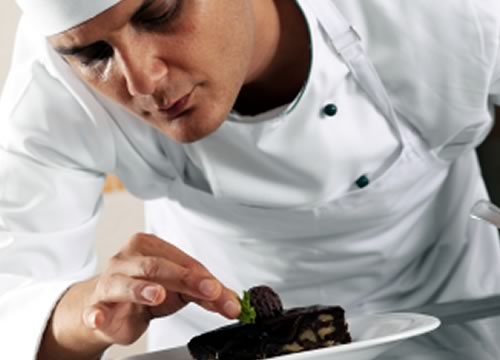 As a follow up to yesterdays post on How to Become a Pastry Chef, I thought I would give you a broad idea of the pastry chef career in the United States. Here is some information I researched on the Internet about salaries, demand and job opportunities. This data was found on several web sites including the ones listed at the bottom of the post.

Although projected employment growth is slightly slower than average, job opportunities are predicted to be good. There is a high turnover rate with this profession, with the majority of these job openings coming from the need to replace workers who have left the field, although new positions will also become available.

There will be stiffer competition at high-end restaurants and well-known establishments. Being well rounded and having business skills in this industry will help out enormously.

According to one survey, employment of bakers is projected to grow 7 percent from 2014 to 2024, about as fast as the average for all occupations.

Pastry chefs make the most money at private or country clubs, the salary being $61,167; $50,450 at Hotel Restaurants/Catering/Banquets; and $47,491 at Stand Alone Restaurants.

In May 2015, the median annual wages for bakers in the top industries in which they worked were as follows: 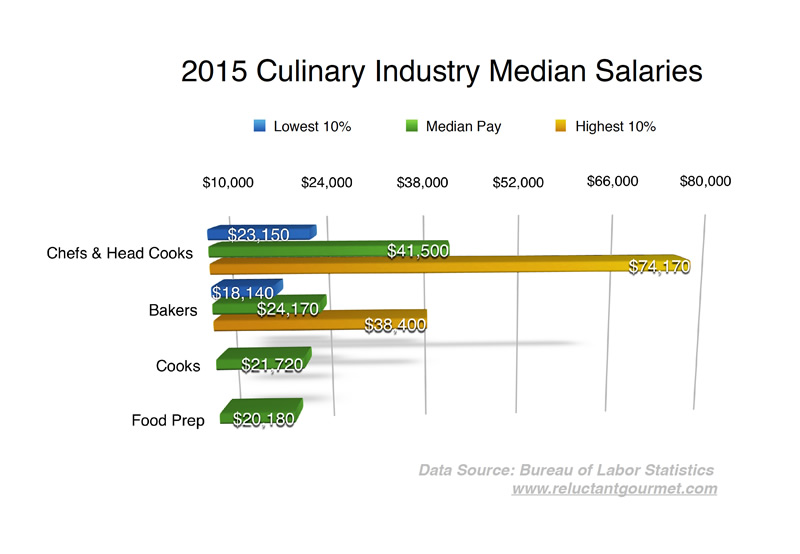 Degree or No Degree?

You hear people saying that the average salaries for college graduates are much higher than their non-degree holding counterparts, and this is true. So is it the same for pastry chefs and executive pastry chefs?

One study found that between degree-holders and non-degree holders there was a $300 difference in salary.

What truly made a difference in salary was whether someone has worked outside of the U.S. and unpaid externships. If a pastry chef had experience in unpaid externships, they had a $2,000 average salary increase. It seems as though the culinary industry rewards applicants with experience over education.**

Women pastry chefs have been found to make 22% less than their male counterparts, the males earning an average $58,900 and women earning $46,200. The majority of women in the culinary industry are executive pastry chefs and pastry chefs, around 14% and average a 56 hour work week.**

Obviously with more experience come more benefits. While this is just one factor for the determination of a salary, here are the numbers of what to expect based on years of experience for Pastry Chefs.

While you can make your own decisions about your education and career paths, these are just averages and estimates from a few surveys found on the Internet. These are intended for research purposes and I hope this answers some of your questions about the Pastry Chef/Baker career field.