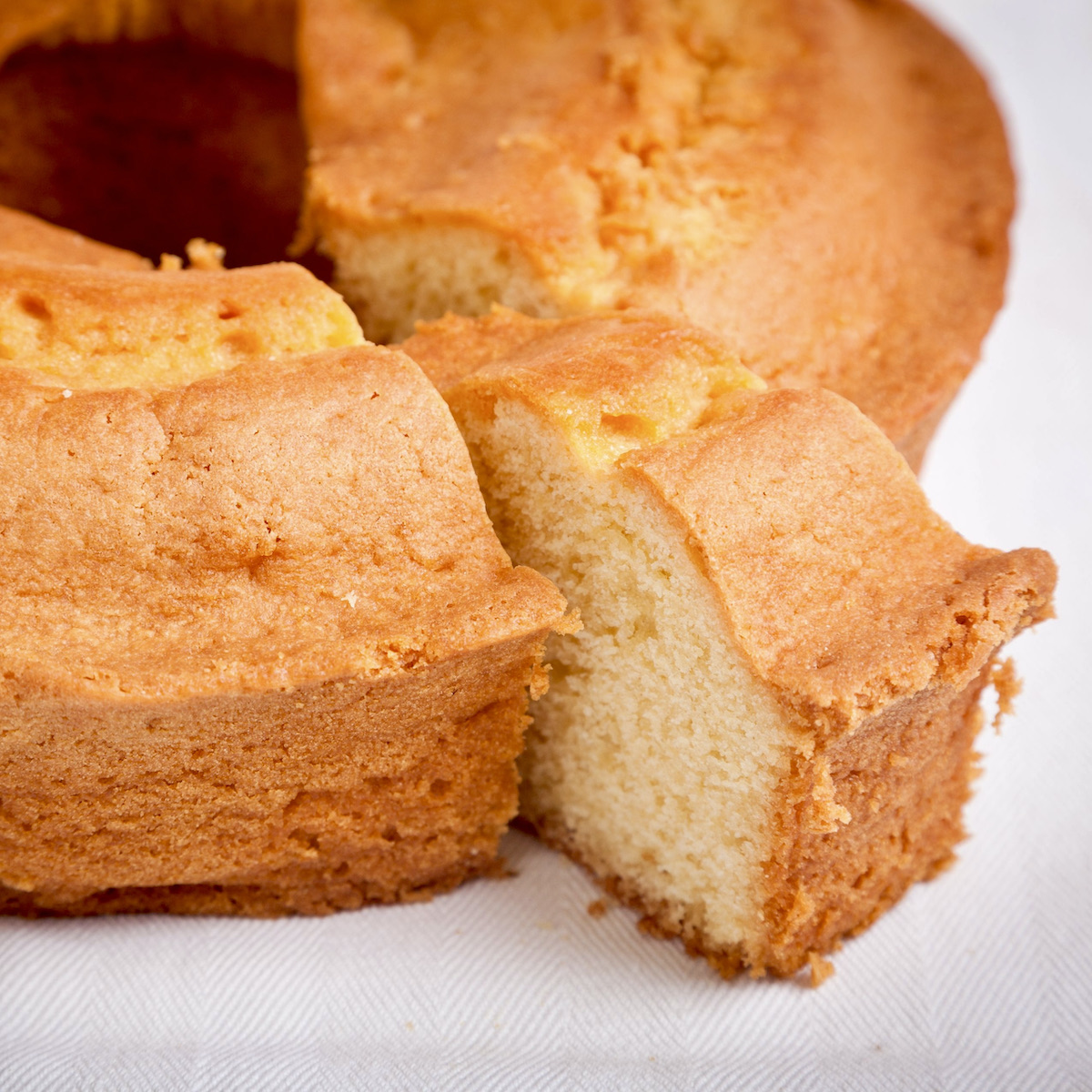 Yet another baking problem requiring an answer. I'm not much of a baker (yet) although my 13 year old daughter loves to bake and her mom (my wife) is a very good baker.

In fact she made an Apple Pear Cake recipe given to her from our friend Geoff, another incredible home baker. She made the cake this past weekend and it was scrumptious.

My wife was delighted her apple pear cake turned out as well as it did and was so well received. That's what I love about cooking!

This post is about a problem Stella was having with her pound cake. Here is what Stella asked me:

After baking pound cake, the top and sides are crusty to the point where I can actually peel this off instead of being buttery and soft. What am I doing wrong? I sifted the cake flour and really creamed the cream cheese, butter and sugar well.

I immediately sent Stella's dilemma to my friend Pastry Chef Jenni Field who knows everything there is to know about baking. She replied:

Hmm.  Is the "crust" crunchy or just detached?

The number one reason that you can get a crunchy, detached layer on the top of cakes and brownies is that you whipped the eggs too much once they were in the batter, in essence making a "stealthy meringue."  When you put the batter in the pan, the bubble matrix you created by whipping the eggs sort of magically rises to the top and detaches itself.

To test to see if this is the case (and it's really not much of a hardship to have to eat pound cake, right?!) *just* mix in the eggs, one at a time, on low speed, until they are completely incorporated.  Sounds like you did all the other steps well, and the creaming is the most important way to get bubbles.  Over beating the eggs just gives you too much of a good thing.

I hope this helps!

And I hope it answers your question too.

Since we are talking about pound cake, I asked Chef Jenni for a favorite version of her own. Here's what she sent me. I think you are going to like it.

This is an excellent, basic pound cake recipe that can be varied in many, many ways - add some cinnamon, use brown sugar instead of white sugar, use the zest of oranges or lemons, etc.

The ¼ cup of softly whipped cream gives the cake a wonderful, velvety texture.  You don't have to do this step if you don't want to.  In that case, use a whole cup of milk rather than ¾ cup.

This is very good at room temperature with a cup of tea.  To really put it over the top, toast a slice in the toaster oven and serve with a pat of butter.
« Top Restaurant Management Skills
Learning Knife Skills In Culinary School »